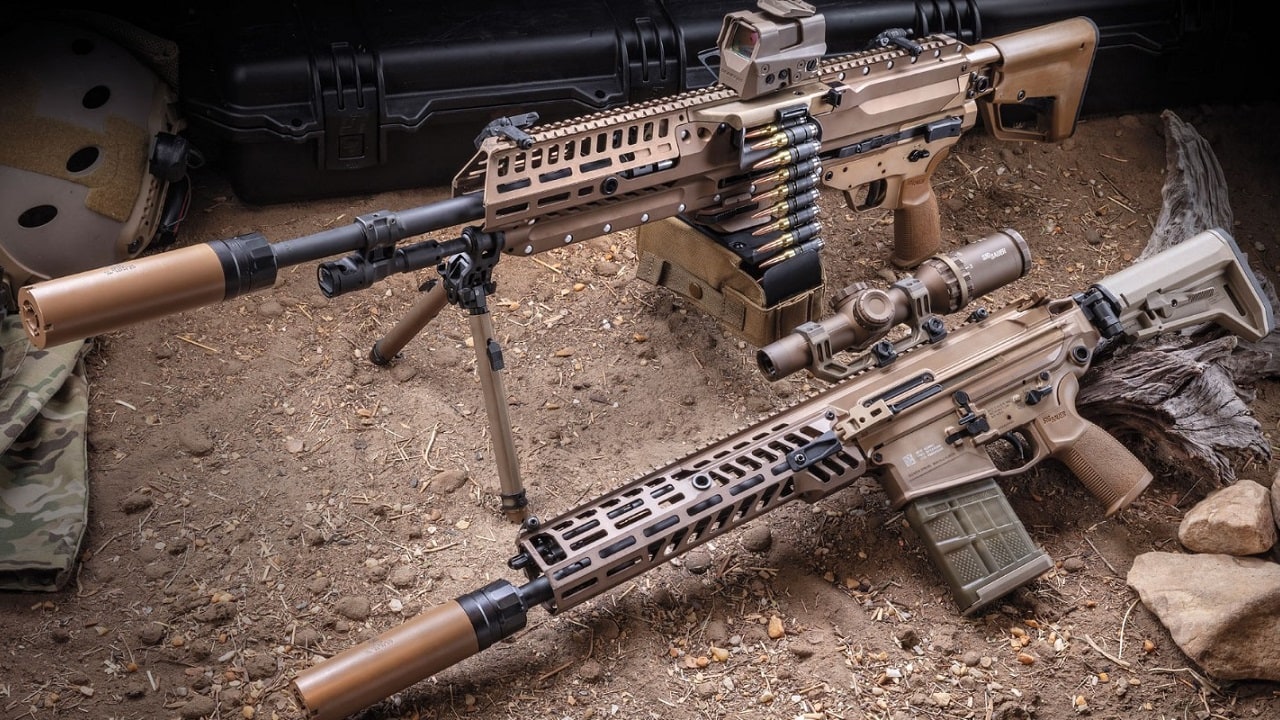 The competition was truly fierce, and yet, Sig Sauer will provide the Army with a huge amount of new XM5 and XM250 small arms. What can these weapons do? What are the pros and cons of these weapons systems? Should America’s enemies be worried? A former U.S. Army infantry officer gave us the details:

It’s not your grandpa’s M16. The U.S. Army is going with something new. The service branch is constantly trying to evolve as it ponders how to engage different enemies and studies experiences with insurgents and terrorists in the Middle East and South Asia dating back to 9/11. With this tactical evolution in mind, the service branch has picked two new small arms weapons from Sig Sauer that will move it beyond the M4 carbine and the overall family of rifles based on the M16 platform.

The M16 has been the go-to base model of rifles since 1967. Now the army has picked another rifle to replace the M4 (used since 1994) and an automatic weapon to replace the M249 light machine gun (in service since 1984). The new weapons will be known as the XM5 rifle and the XM250 respectively.

This was part of a competition called the Next Generation Squad Weapons (NGSW) program that had entrants from Sig Sauer, General Dynamics, and Textron. Both the XM5 and the XM250 will fire a 6.8mm cartridge instead of the NATO 5.56mm round that was used for decades. The army wanted the NGSW program to yield new weapons that would have better “accuracy, range, signature management, and lethality,” the Army said when describing the NGSW.

The NGSW also developed a next-generation fire control system with an improved XM157 Vortex optic that will give soldiers the ability to hit targets that are farther away than ballistics fired from the M4 and M249. This optic is supposed to better handle wear and tear. The Army is spending $2.7 billion over the next 10-years just for the optic.

The XM5 and the XM250 will not enter use completely until 2023. Sig Sauer got a 10-year contract for the new weapons with a total of $4 billion after a 27-month evaluation period. Initial delivery of $20.4 million will comprise the first batch of weapons for more enhanced testing. Eventually, Sig wants the army to order 107,000 XM5 rifles and 13,000 XM250 automatic weapons.

The Army Is Excited About the Performance of the New Weapons

For decades, soldiers have called for a round with more stopping power than the 5.56mm provides. This complaint goes back to the Vietnam War when M16 rounds were needed to penetrate dense jungle foliage. The idea behind the 5.56mm was to enter an enemy soldier’s body and tumble through tissue to fatally wound or incapacitate its victim. More wounded personnel would then slow down an attack from greater numbers of enemy troops – something that would give American and NATO forces an advantage in a fight against the Soviet Union.

Get Something With Better Range

Moreover, the M4 has a shorter range and compact design that allows it to be lethal in a close-quarters situation such as clearing a building, but it was not as adept at taking out targets from a greater distance. If many soldiers in a platoon had an M4, there would be situations where the bad guys could simply remain out of the gun’s range. The XM5’s 600-meter range without ballistic shortfalls should alleviate those concerns.