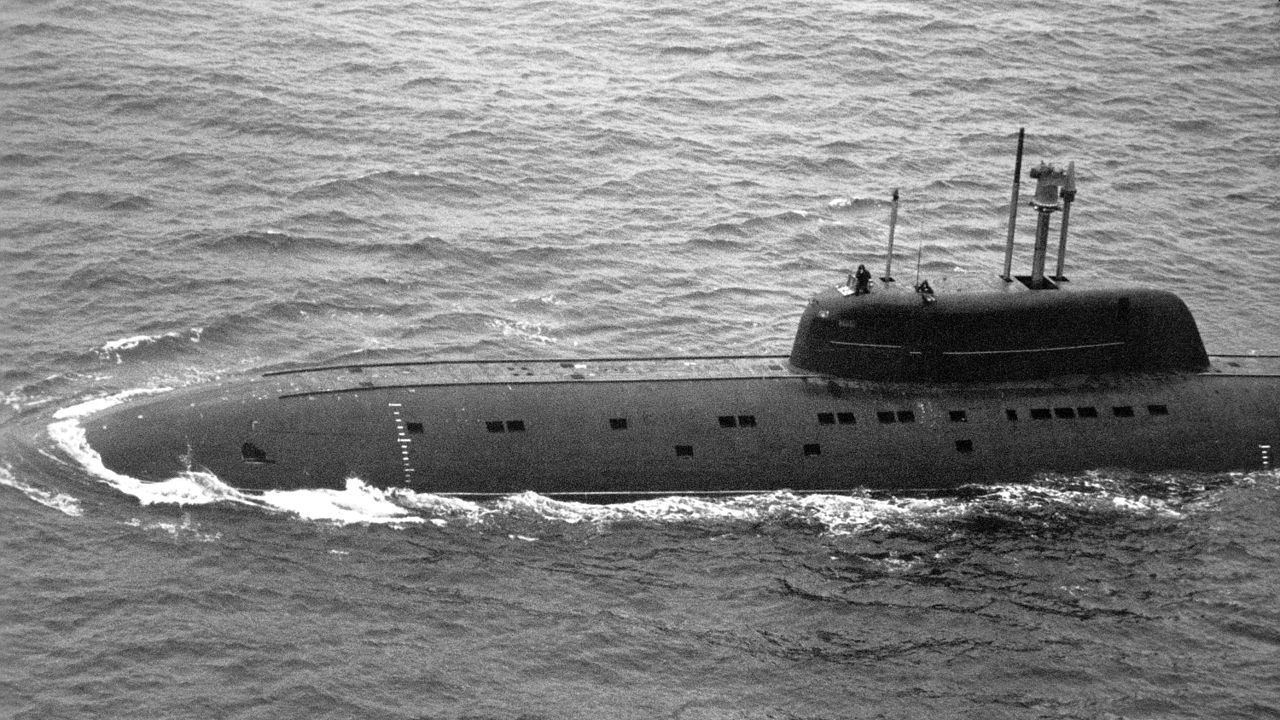 Russia’s Cold War Sierra-II Class Submarine: Destined to Outlive their Typhoon Successors? – Despite being originally designed towards the end of the Cold War, Russia’s Sierra-II class of submarines are still in active Russian service today. Despite their age, Russia likely intends to keep the two vessels of the class in service for the foreseeable future.

Also known by its Russian designation as the Project 945A or the class’s Russian nickname “Kondor,” the Sierra-II class is a spinoff variant of the Sierra class of nuclear-powered attack submarines developed by the Soviet Union. Development on the original Project 945 first began in the 1970s, with particular focus on the use of titanium to construct the hull. Titanium is lighter and more durable than the steel traditionally used in submarine hulls but is much more challenging to work with on a massive scale.

In 1986 and 1989, the only two examples of the Sierra-II class to be built were laid down, which were respectively named the Nizhniy Novgorod and the Pskov, both after major Russian cities. These two Kondors featured a larger sail and sonar array than the Sierra-Is and an additional escape pod. However, these configuration changes required the torpedo tubes to be reduced in size.

What is the Sierra-II Class?

Relatively few details are known about the capabilities of Russia’s Sierra-IIs, as they are not touted in the same way that certain newer submarines are.

Commissioned in 1990 and 1993 respectively, the Nizhniy Novgorod and Pskov are equipped with six 530mm tubes which can launch torpedoes or certain types of missiles, including cruise missiles. The vessels also reportedly can draw upon their Wake Object Detection Systems installed on their sails, which is a technological alternative to sonar designed to detect enemy submarines. Powered by a 90-megawatt OK-650B reactor, the Sierras are capable of reaching speeds of 35 knots underwater and 19 knots on the surface.

Russian naval leaders evidently plan on the Nizhniy Novgorod and Pskov remaining in service far into the future. By the middle of the 2000s, Russian naval leaders became convinced that they needed to modernize large portions of Russia’s nuclear submarine fleet, including the Kondors. By 2008, proposals to upgrade the Project 945s and 945As had been submitted by the Rubin Central Design Bureau. However, the modernization process of both had run afoul of wider budget troubles by 2015 and appeared to be de-prioritized compared to the Typhoon and Oscar classes’ modernization projects.

Russian military leaders evidently believe that the Nizhniy Novgorod and Pskov will be able to undergo at least one more deep modernization before they are eventually retired in the far future. Speaking to the TV program “Military Inspection” on the Russian Defense Ministry’s TV Zvezda channel, the commander of the Northern Fleet’s 7th Submarine Division said that the durability of the Sierra-IIs would allow them to undergo several deep refits throughout their service life to extend their time in the fleet. This would stand in stark contrast to the possible decision to begin retiring the Dmitri Donskoi, which is the last example of Russia’s Typhoon-class of nuclear subs.

Russian Sierra-IIs are likely to continue to ply the open oceans for some time to come, unless some sort of major, unavoidable issues or structural challenges are uncovered in the vessels that would cause Moscow to lose faith in the long-term durability of these Soviet-era submarines.