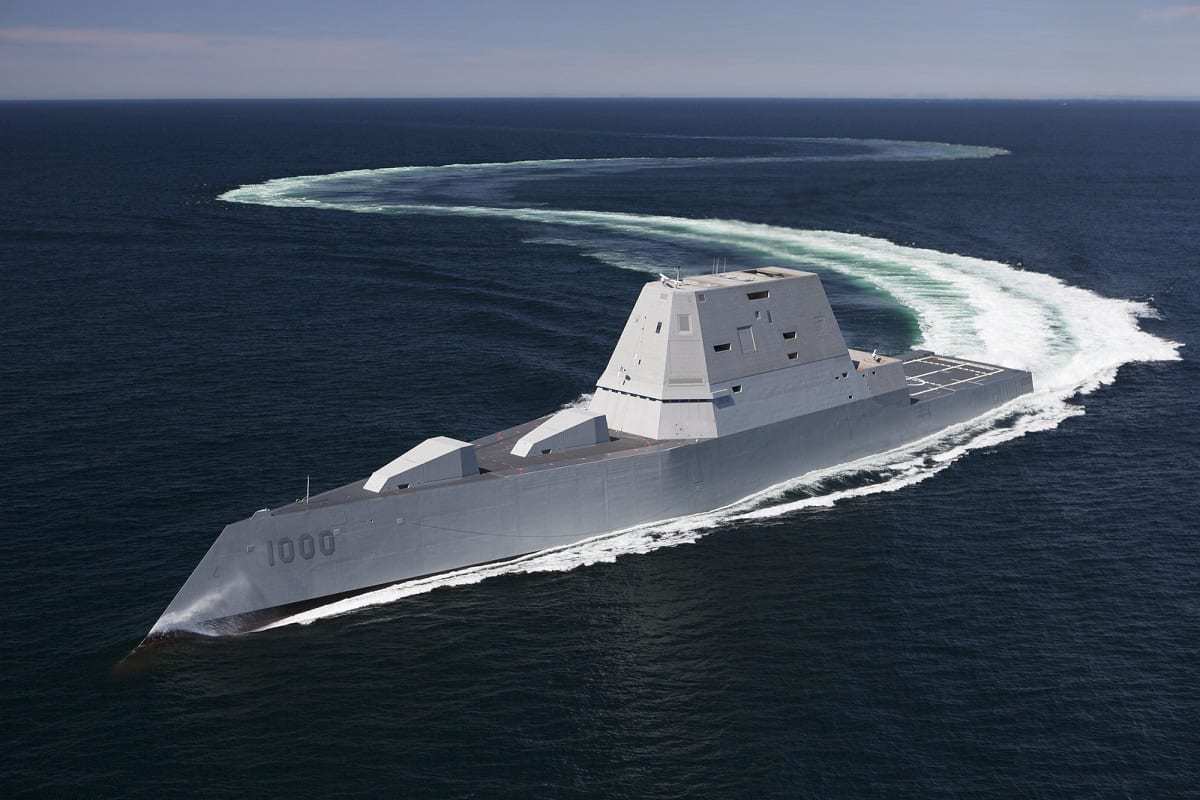 The U.S. Navy’s next-generation Zumwalt-class destroyers just look cool. They are loaded with missiles and advanced guns. They have radar-evading stealth characteristics. And this is one of the early classes of all-electric ships.

Now the Zumwalts will equip even more deadly weaponry – enough to make the destroyer one of the world’s most lethal vessels. Indeed, the Zumwalt class will add a hypersonic weapon to its arsenal. Conventional Prompt Strike (CPS) hypersonic missiles will someday be launched from the destroyers. Let’s take a look at what that means.

Hypersonics? Oh, What a Feeling

The CPS, like other hypersonics, will speed along at over Mach-5. The missile can maneuver in flight and has range into the thousands of miles. The CPS will have a conventional warhead, but you can still consider it to be strategic. After the CPS was successfully tested in 2021, the plan is for four or more missiles to be armed aboard the Zumwalt, and they will carry the Common Hypersonic Glide Body warhead.

The Advanced Guns Systems on the Zumwalts have experienced development problems, and these 155mm gun mounts might be removed to make more room for the CPS. (The Navy has not made a final decision in this regard.) The destroyer itself has become quite expensive, at a cost of $4.5 billion each. It is not clear how much adding the CPS will cost.

Only Three Zumwalt Destroyers Were Built

The Zumwalt-class consists of three destroyers. The USS Zumwalt was commissioned in 2016; the USS Michael Monsoor in 2018; and the USS Lyndon B. Johnson, which was launched in 2018, is scheduled to be commissioned later this year. These ships have cost over $22 billion in research and development.

The Zumwalts are 600 feet long, and they carry 158 sailors on board. They can steam at 30 knots and displace around 16,000 tons. The ships have 78 megawatts of power, enough that each could power a small town, and they are armed to the teeth. They can launch Tomahawk cruise missiles as well as ESSM anti-air cruise missile defenders, and they fire from a Mk57 vertical launch system.

But the ships have suffered through some problems. The Zumwalt once stalled out in the Panama Canal, in 2016. The Michael Monsoor had trouble during sea trials in 2017.

Military Watch magazine said in 2018 that, “They have almost entirely failed to fulfill the originally intended role of multipurpose destroyer warships, while the scale of cost overruns alone brings the viability of the program into question even if the destroyers were able to function as intended.”

Flip the Script With a New Mission

The Zumwalt class’s Advanced Gun System is not working out. It has less range than advertised, and the GPS-guided shells cost over $700,000 per round. The Navy could buy another cruise missile at that price. This is why the service branch moved away from the initial vision of using the Zumwalt’s guns for shore bombardment, and now looks to use the class for stand-off missile strikes against other ships. The hypersonic weapon could give the Navy a tool to fire at targets deep inside of China, if this were ever needed. That is why fielding a hypersonic could give the Zumwalt a new lease on life.

Can just three destroyers make a difference in the Indo-Pacific? With hypersonics, the answer is in the affirmative. Without the new weapons, the mission of the Zumwalts is not clear. Maybe they could serve a quarterbacking role, controlling unmanned ships. The ships cannot conduct anti-submarine warfare, and they won’t carry out maritime security missions that would require ship-boarding. The addition of the hypersonic weapon, however, gives the ships’ proponents a new narrative – one that could keep detractors at bay, and perhaps convince Congress that the Zumwalts legitimately deserve additional funds.