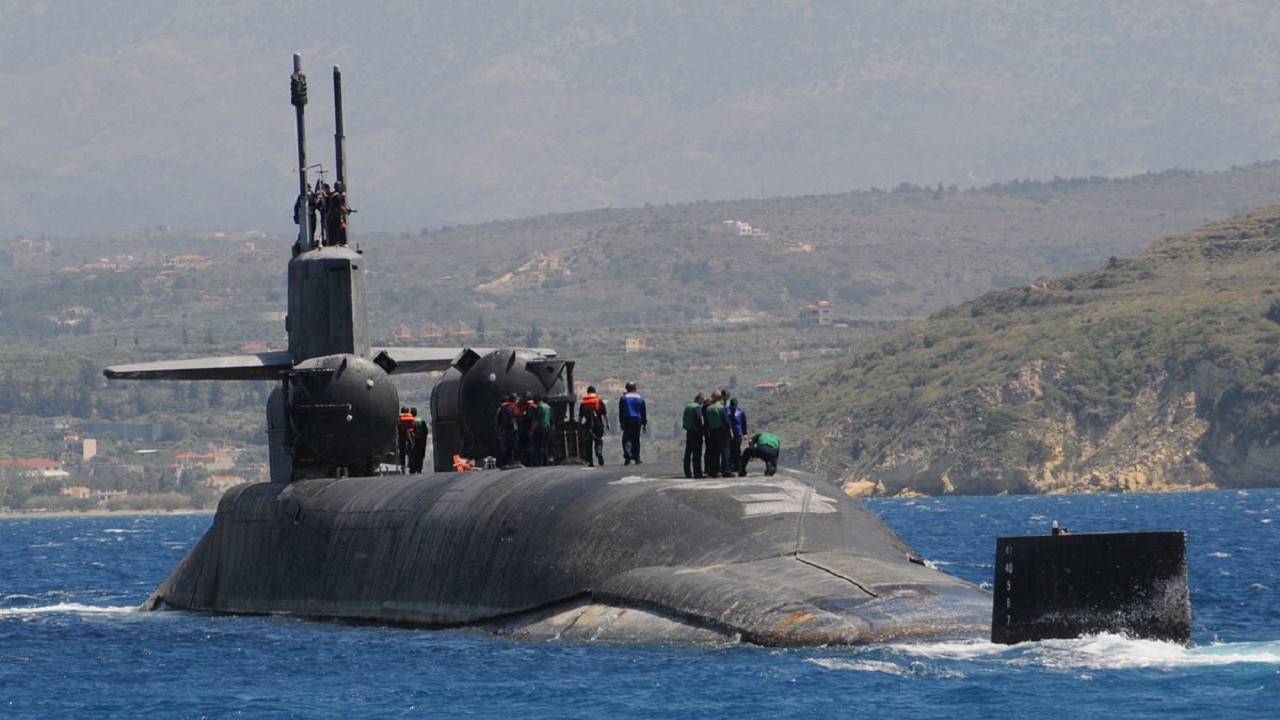 The U.S. Navy has lots of ways – and lots of weapons platforms – that China to this day could only dream of. And sometimes the Navy needs to show Beijing precisely the sorts of platforms it would need to deal with in any sort of armed conflict over Taiwan and the South China Sea. We present to you an interesting incident in 2010 that surely China remembers only too well:

The year 2010 feels like a long, long time ago. Today, when the news cycle is seemingly instantaneous – leaving citizens with the impression that more is actually happening – the 12 years that have passed since 2010 feel historically action-packed, making 2010 feel like some other epoch.

A lot has happened. A coronavirus pandemic and the corresponding economic collapse. Populist uprisings across the globe, resulting in the elections of Trump, Orban, Bolsonaro, and the UK’s Brexit. The Chicago Cubs won the World Series. The Americans withdrew from Afghanistan. The Russians invaded Ukraine. ISIS, Crimea, Occupy Wall Street, Libya, MeToo.

Looking at the Past

Back in 2010, President Obama was still in his first term. In March, Obama signed his hallmark achievement, the technocratic Health Care and Education Reconciliation Act of 2010, or “Obamacare.” U.S. forces were still engaged in Iraq – and Afghanistan. The “Pivot to Asia” would not occur for two more years. Yet, trouble was surfacing in the Pacific – as underscored by a June 2010 incident. China had become fully impossible to ignore. The world’s most populous nation was beginning to realize her awesome potential, and America, for the first time since the Soviet Union’s demise, was at risk of facing a true rival, a regional hegemon in Northeast Asia.

“China is the key to understanding the future distribution of power in Northeast Asia,” John Mearscheimer wrote in his seminal 2001 text, The Tragedy of Great Power Politics. “Because of the vast size of China’s population, it has the potential to become much wealthier than Japan, and even wealthier than the United States. To illustrate China’s potential, consider the following scenarios. Japan’s per capita GNP is now more than 40 times greater than China’s. If China modernizes to the point where it has about the same per capita GNP as South Korea does today, China would have a GNP of $10.66 trillion, substantially larger than Japan’s $4.09 trillion. If China’s per capita GNP grew to be just half of Japan’s present per capita GNP, China would have a GNP of $20.04 trillion, which would make China almost five times as wealthy as Japan.”

More importantly, China has the power to meet and surpass the United States.

“Another way of illustrating how powerful China might become if its economy continues growing rapidly is to compare it with the United States. The GNP of the United States is $7.9 trillion (in 2001) … If China’s per capita GNP equals Korea’s, China’s overall GNP would be almost $10.66 trillion, which is about 1.35 times the size of America’s GNP.” Still, despite China’s unrivaled potential, the Bush 43 administration instigated two wars in the Middle East – a resource suck that directly interfered with the more important mission of balancing against China.

Pivot from Trade With China to Defense

Obama would pay closer attention to China than his predecessor. And rightly so. China was a potential great-power rival – the only nation with such potential. And where China’s potential – and ambition – had become most obvious, was in the maritime realm, where China had convened the largest naval force expansion in modern history.

In 2000, China’s People’s Liberation Army Navy (PLAN) had roughly 100 maritime platforms available. By 2005, PLAN’s force size had doubled, to over 200 maritime platforms. “This tsunami of Chinese shipbuilding has tremendous potential implications for the PRC’s effort to coercively envelop Taiwan, resolve other sovereignty disputes in its favor, carve out the region as a zone of exceptionalism to international rules and norms, and project Beijing’s power and influence around the world,” maritime-executive.com reported. In June 2010, amidst China’s shipbuilding frenzy, the U.S. chose to send a pointed message to Beijing: “the U.S. still controls the seas.” The message’s courier: three Ohio-class submarines, which surfaced in the Philippines’s Subic Bay.

The Ohio is a nuclear-powered submarine, capable of firing ballistic missiles. The third largest submarine class in the world, the Ohio can carry 24 Trident II missiles. So, when three Ohio submarines surfaced in the Indo-Pacific carrying a combined 72 ballistic missiles, the message to China was clear, if not explicit. 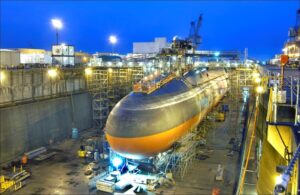 Still, in the twelve years since the Ohio incident, China has proceeded with its shipbuilding efforts. “Sometime between 2015 and 2020, China’s Navy crossed a critical threshold: it fields more battle force ships than the U.S. Navy, making it the world’s largest navy numerically,” maritime-executive.com reported. “Today, at around 360 hulls, it exceeds its American rival by more than sixty warships.”

Hopefully, the Biden administration can maintain focus on China and the Pacific, without getting too preoccupied with Russian-related concerns, for Russia, while aggressive, lacks the hegemonic potential of China.

Expert Biography: Harrison Kass is a Senior Defense Editor at 19FortyFive. An attorney, pilot, guitarist, and minor pro hockey player, he joined the US Air Force as a Pilot Trainee but was medically discharged. Harrison has degrees from Lake Forest College, the University of Oregon School of Law, and New York University’s Graduate School of Arts & Sciences. He lives in Oregon and regularly listens to Dokken.