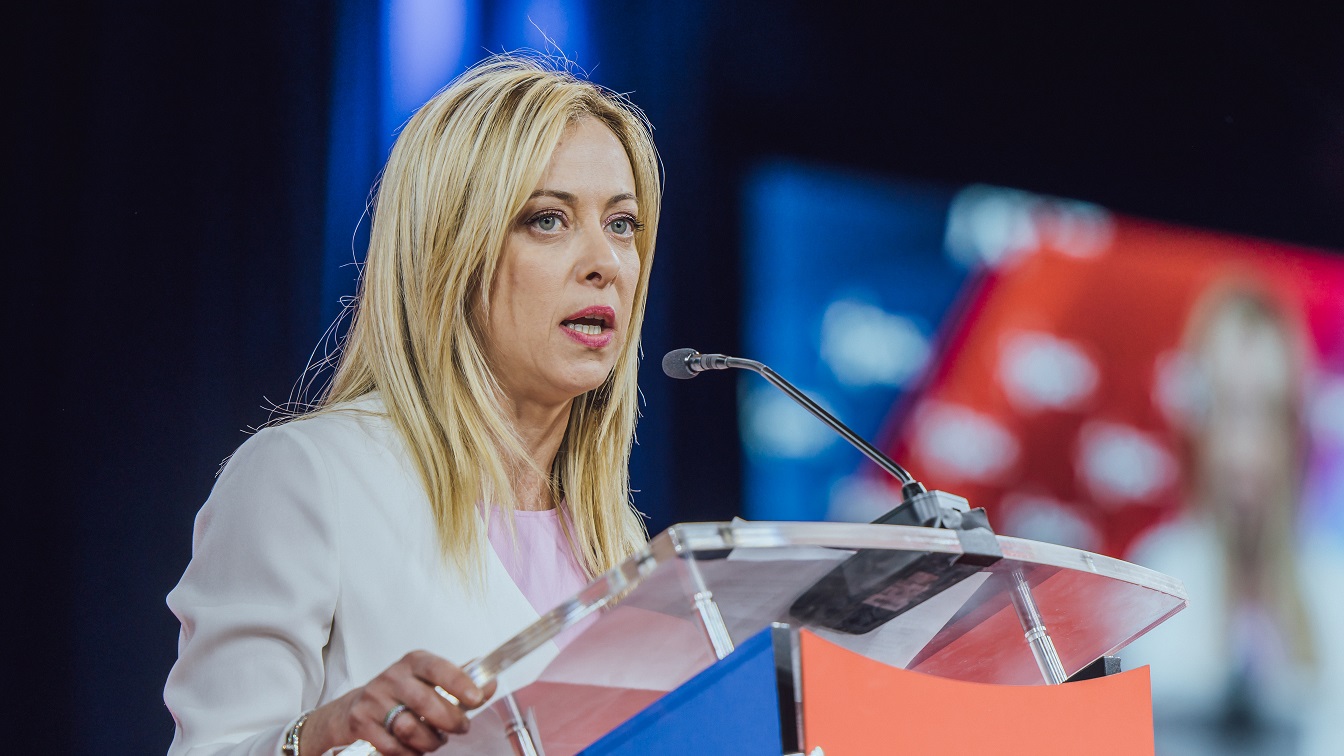 Grumpy leftists in the European Union and the American press promptly deplored Giorgia Meloni’s landslide victory in the latest Italian elections. But here’s betting the new center-right coalition government will be good news for Transatlantic relations.

That’s correct. We said “center-right.” Leftwing hysteria aside, Meloni is no threat to democracy. Indeed, she could form one of the most stable governments in recent Italian history.

The “far-right” label being slapped on Meloni and her Fratelli d’Italia party has no basis in reality. This is just an uninformed American press parroting the rhetoric employed by Italy’s soundly defeated left.

Italian Bulwarks Against Russia and China

Leftists are especially hostile to Meloni’s positions on cultural and social issues, which are distinctly anti-woke. They are also unnerved that she enjoys good relations with U.S. and Polish conservatives.

In the realm of foreign policy, the Italian left is notoriously weak on China. The Italian far-right leans pro-Russian. Meloni won’t join either of those camps. Instead, she is almost certain to pursue stronger Transatlantic ties.

Fratelli d’Italia (as well as the other parties in the center-right coalition, Lega and Forza Italia) voted in favor of supplying armaments to Ukraine and admitting Sweden and Finland into NATO. Making Putin happy is their last priority. Moreover, Meloni has repeatedly stressed her support for the sanctions imposed against Moscow in response to its brutal invasion of Ukraine. In addition, Fratelli d’Italia maintains solid ties with the Polish government, which is notoriously one of Vladimir Putin’s main opponents.

Equally important, the center-right coalition does not hold pro-Chinese positions. Meloni called Italy’s entry into Beijing’s Belt and Road Initiative “a big mistake.” And her firm support of Taiwan kindled the wrath of the Chinese Embassy in Rome. Further, in a landmark decision last year, Lega’s Giancarlo Giorgetti, the current Minister of Italian Economic Development, blocked the acquisition of the Lombard microchip company LPE by the Chinese group Shenzhen Investment.

An Active Force for Good

There is good reason to believe the new government will be decidedly more pro-American than its predecessor. In recent years, Fratelli d’Italia has strengthened its ties with the U.S. political world. Adolfo Urso, an influential Fratelli d’Italia senator, recently traveled to Washington to meet with Republican and Democratic lawmakers. Meloni herself has attended the Conservative Political Action Conference several times.

It is worth noting that the Italian left, which denounces Meloni and her coalition as “a threat to democracies,” has championed a lot of causes antithetical to Western interests and beneficial to totalitarian regimes. For example, the Italian Democratic Party supported the nefarious Iranian nuclear deal, while its governments have progressively pushed Rome into the arms of Beijing. In May 2017, then-Prime Minister Paolo Gentiloni was the only G7 leader to attend the Belt and Road Initiative forum in Beijing. Then there is the leftwing 5 Star Movement, which signed the memorandum of understanding on the BRI in 2019 and whose founder, Beppe Grillo, made at least two deeply controversial visits to the Chinese Embassy between 2019 and 2021. Nor should we forget that the Cuban ambassador in Italy was received at the headquarters of the Democratic Party last May. Furthermore, the Democratic Party allied itself with Sinistra Italiana, a far-left party that voted against the supply of armaments to Kyiv.

Washington should look to partner more with the new center-right Italian government. There is good reason to think that under Meloni’s leadership, it will be less inclined to cozy up to authoritarians and more active as a force for good.

Stefano Graziosi is an essayist and a political analyst who writes for the Italian newspaper La Verità and the weekly magazine Panorama. A Heritage Foundation vice president, James Jay Carafano directs the think tank’s research on matters of national security and foreign relations.

In this article:Europe, Giorgia Meloni, Italy