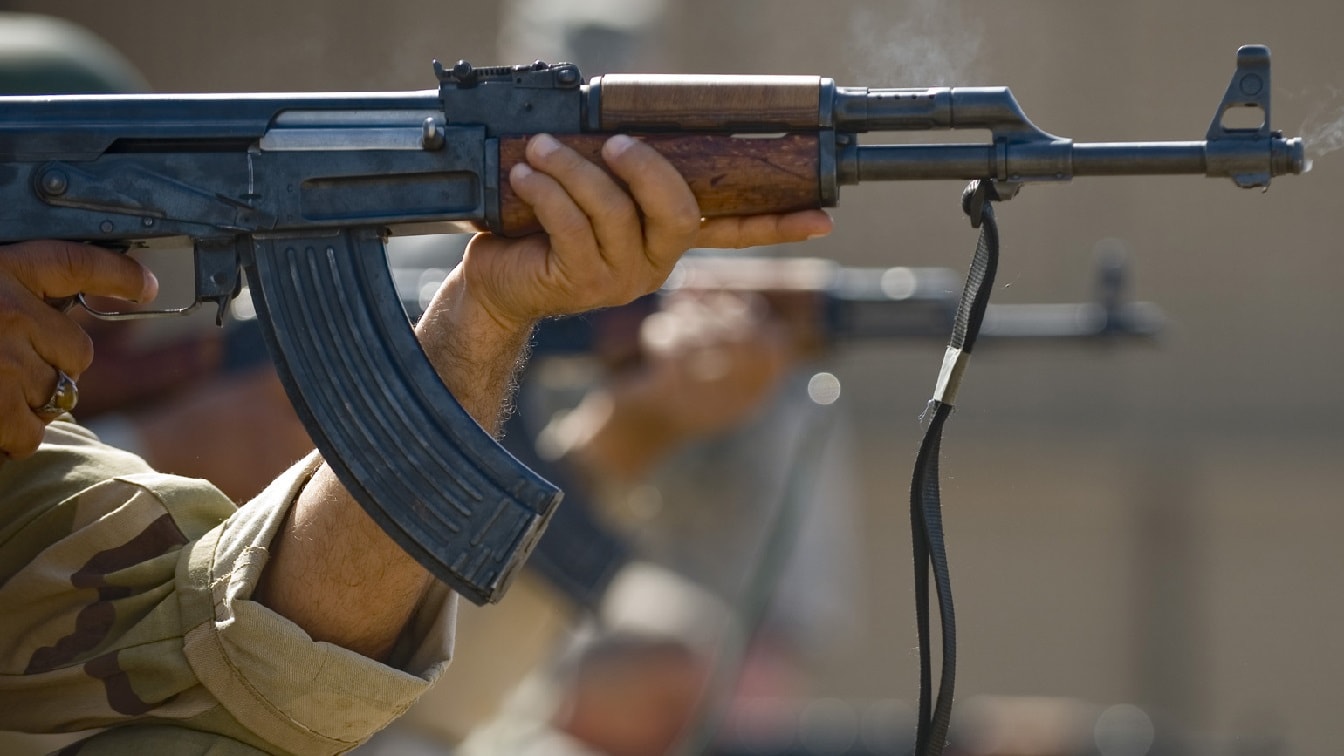 Hoshyar Zebari, Masoud Barzani’s uncle and Iraq’s former finance and foreign minister, arrived in Washington last week. After a couple of perfunctory roundtables at local think tanks before audiences whose guest lists the Kurdistan Regional Government cultivated to avoid tough questions, he proceeded to focus his time meeting former government officials and lobbying Congress.  Hoshyar holds no official position as the Iraqi parliament impeached him for corruption and Iraq’s Supreme Court disqualified him as a candidate for the presidency so this trip essentially was in his capacity as a confidant of the Kurdistan Democratic Party leader Masoud Barzani.

That it comes against heated Iraqi government formation is no coincidence. For personal reasons, Barzani has doubled down on opposition to incumbent President Barham Salih, seeking instead to install his own relative Rebar Ahmed Barzani. This has less to do with peace and stability in Iraq and more to do with protecting Barzani’s own influence and business empire. He resents Barham for the prestige he has gained as Iraqi president and considers him an upstart who does not know his place because he does not come from one of the region’s de facto royal families. Most importantly, Barzani seeks to remove any obstacle to his efforts to pass the baton of power to his own sons Masrour and Waysi.

Both Masrour, Masoud’s eldest son and the Kurdistan Regional Government’s prime minister, and Masrour’s younger brother Waysi represent the Iraqi Kurdish Region’s security state. Masoud first entrusted Masrour and, more recently, Waysi with the Kurdistan Democratic Party’s intelligence and counter-terrorism portfolios. While Masrour may have moved into the premiership when term limits forced Masoud’s exit from formal governance and a government reshuffle, Masrour and Masoud believed the intelligence portfolio to be safe with Waysi. Among all his brothers, Masrour’s ties to Waysi are strongest. The two share a bond of trust, tactics, and common vision.

While the Kurdistan Regional Government will not head to elections until October (if there is no delay), Masrour and Waysi have already begun moving behind-the-scenes. Waysi not only controls the al-Harir Air Base (formerly called the Bashur Air Base) about 30 miles northeast of Erbil, but over the last three months he has also fired those airport employees at Erbil International Airport because he perceived to be loyal to his brother Mansour or cousin Nechirvan. Waysi appointed a new Asayish (security) chief to head the Erbil airport personally loyal to him.

The airport is only the tip of the iceberg with regard to ongoing bureaucratic purges. The abuse Waysi’s henchmen inflect and the arrogance with which they approach the broader business community have actually driven people out of the Kurdistan Democratic Party and into the Patriotic Union of Kurdistan. This extends to tax collection. Businessmen regularly report that agents from Asayish and Parastin (Barzani’s intelligence apparatus) answering to Masrour and Waysi (and sometimes Waysi personally) approach them to address alleged tax arrears. They can pay the full amount and receive a receipt recorded in government ledgers, or they can pay a 50 percent discount directly to Waysi or his representatives and have the lien erased without any record on the government balance sheet. Businessmen say Barzan Hasab, the brother of an ex-governor of Erbil; counter-terrorism officer Dilshad Najar, and former asayish chief Ismat Argoshi are also involved in the shake-downs on behalf of Masrour and Waysi. Not all shakedowns have occurred without violence. Researchers say some interviewees have alleged serious human rights abuses against Waysi and some of his henchmen for which there are witnesses. This could have consequences for American policy given intelligence and counter-terrorism cooperation between Washington and Erbil, as well as Masrour’s current and Waysi’s former residency.

All major business, and especially those which rely on airport or oil industry revenue, must now go through Waysi and Masrour. While Zebari may lobby in Washington against the Iraqi Supreme Court’s ruling on oil revenue belonging to Baghdad, the Barzani concern contrary to Zebari’s private conversations with old contacts in Washington appears less motivated by broader Kurdish concerns about federalism and more by Masrour and Waysi’s reliance on oil revenue to fund their security apparatus.

The business-security model Waysi embraces is the same as that in Iran. Beginning in 1988, Iran’s Islamic Revolutionary Guard Corps entered the civilian economy and used its military leverage to establish monopolies over key industries. Today, its economic wing controls perhaps 40 percent of the Iranian economy. It uses the proceeds of its business directly to fund its security apparatus to finance its own operations outside government control. In effect, both the funding men like Zebari seek to solicit through the Congressional legislative or diplomatic processes and that which Masrour and Waysi acquire through business shakedowns fund parastin dirty work. Both Kurdish and security sector associates say Waysi is so cautious about evidence as to his activities that he completely eschews electronic means of communication or social media.

As Masrour and Waysi seek to consolidate power, the United States should not take Iraqi Kurdistan’s security for granted. Not only Nechirvan Barzani, the regional president and Masrour and Waysi’s cousin, but also Nechirvan’s son Idris will likely be the new regime’s first targets. Expect a shake-down unseen in Iraqi Kurdish history as Masrour and Waysi accuse Nechirvan and Idris of corruption, and use both brute force and their control over the judiciary to try to seize billion-dollar plus assets. This will not go over well amongst ordinary Kurds. While Kurds broadly say Nechirvan is corrupt like his cousins, they differentiate between him and his up-and-coming cousins. “If it’s a choice between a thief who steals your watch, and a thief who steals your watch and then shoots you when you hand it over, you take the former,” one Erbil resident explained to me. Already, however, Nechirvan’s allies within the Kurdistan Regional Government apparatus are abandoning him to ingratiate themselves to Masrour. A case in point would be here in Washington where Kurdish representative Bayan Sami Abdulrahman now sings Masrour’s praises whereas before she leaned toward Nechirvan, who remains more popular in Washington.

So what should the United States do? President Joe Biden’s National Security Council appears to have largely abandoned Kurds in their quest for democracy. This is shortsighted both because Kurds are generally more pro-Western than their leaders and because siding with their oppressors generates public anger against the United States. Further coloring administration logic is the belief that Masoud Barzani must be appeased to avoid his famous temper-tantrums. Across administrations, White House officials and diplomats dislike Masoud personally. They joke about his telephone tirades, but believe that his narrow focus on family interests would lead him to disrupt and destroy Iraq from within if he does not get his way.

Two decades of caving into fear of Barzani’s temper has not served U.S. interests well. Over the course of my career, I have often criticized vociferously (and they would say unfairly) both Ambassador Francis “Frank” Ricciardone and Gen. David Petraeus on issues of Iraq policy. But credit where credit is due: When it comes to Iraqi Kurdistan, both knew how to handle the Kurdistan Regional Government. They called Barzani’s bluff and, in private, reminded Masrour that not only was he not an equal to the United States, but that his family were not critical assets. The Barzanis will bluster, but when they experience pushback, they fold and often grovel as they seek to remain relevant. While the Barzanis may have siphoned off billions of dollars to fund their profligate lifestyles, Masoud remembers he came back to Iraqi Kurdistan in 1991 almost penniless. If he continues to prioritize immediate family over Kurdish interests, and his sons continue their effort to suck the region dry, he may find his family will be driven out in a violent uprising sooner rather than later.

It is time for the State Department to engage regularly with Kurdistan human rights activists and independent journalists rather than Rudaw, Bas News, and Kurdistan24 employees who prioritize their personal sponsors and the Barzanis’ funding over the truth. The State Department should shine light on the credible human rights abuses dating back to the murder of Sardasht Osman allegedly at the hands security apparatus Masrour and Waysi ran.

The only question for the White House and State Department is whether they want to live under the short-term illusion that the Barzanis can guarantee stability even as Masrour and Waysi’s miscalculations take public anger to levels not previously seen, or if they recognize that U.S. and Barzani family interests are not synonymous.