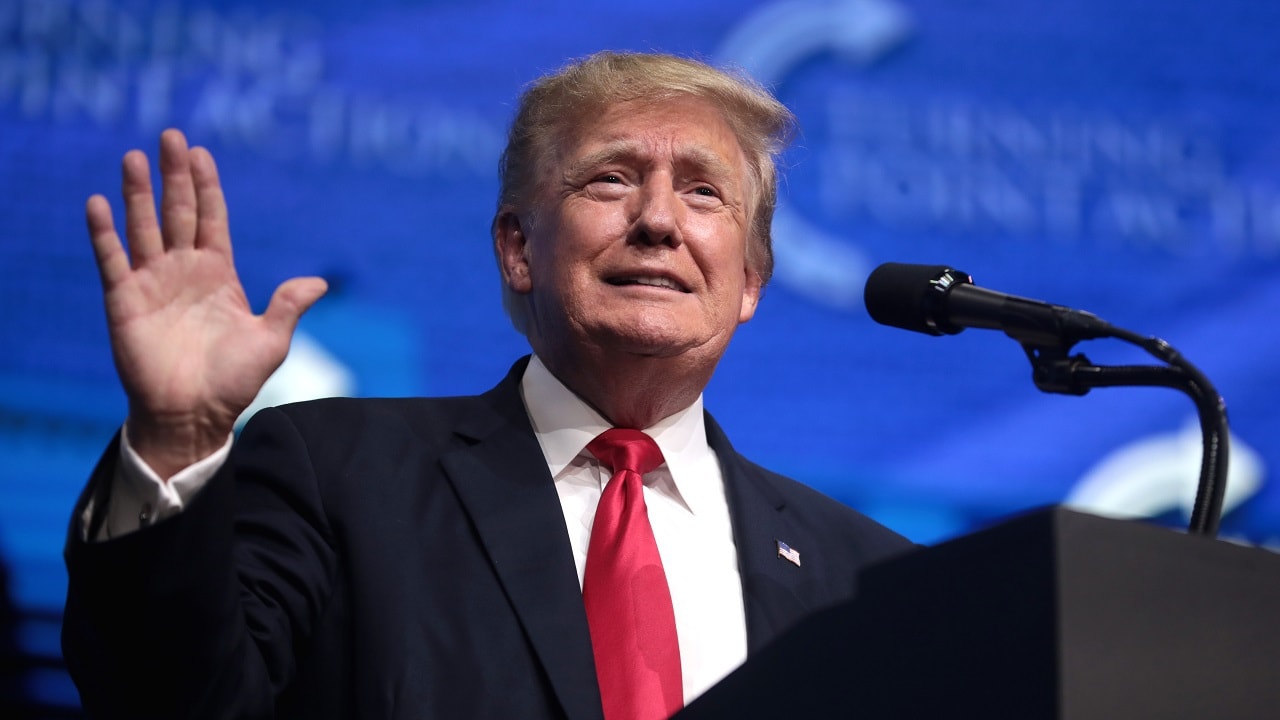 The panel’s nine members sought to make a case that Trump knew he lost the 2020 election and planned before the election to claim that he really won.

Trump and the Committee: What Happens Next?

Less than a month before the Nov. 8 midterm elections, the seven Democrats and two Republicans (all appointed by House Speaker Nancy Pelosi, D-Calif.) held what they called a “business meeting” as opposed to a hearing.

Chairman Bennie Thompson, D-Miss., suggested that the panel would convene again, possibly to recommend legislation or to make criminal referrals to the Justice Department.

“We are convened today not as a hearing but as a formal committee business meeting, so that in addition to presenting evidence we can potentially hold a committee vote on further investigative action based on that evidence,” Thompson said in opening remarks.

Here are four takeaways from this gathering of the House Select Committee to Investigate the January 6th Attack on the U.S. Capitol.

Vice Chairwoman Liz Cheney, R-Wyo., who will leave Congress in January after her defeat in a GOP primary, asked the committee to subpoena Trump.

“We are obligated to seek answers directly from the man who set this all in motion, and every American is entitled to those answers,” Cheney said ahead of the unanimous vote to do so.

“I am offering this resolution that the committee direct the chairman to issue a subpoena for relevant documents and testimony under oath from Donald John Trump in connection with the Jan. 6 attack on the United States Capitol,” she said.

After battling police, a mob breached the Capitol and moved through offices and halls as a joint session of Congress met to certify the 2020 election results, prompting lawmakers to hide or evacuate, shortly after Trump wrapped up remarks at a “Stop the Steal” rally near the White House.

Thompson called for a voice vote following Cheney’s remarks, saying afterward that “in the opinion of the chair, the ayes have it.”

After that, seemingly for dramatic effect, Cheney said: “Mr. Chairman, I request a recorded vote.”

This time, each member voted individually to subpoena Trump, for an official 9-0 tally.

Early returns in the 2020 election indicated Trump was well ahead of Democrat challenger Joe Biden in key battleground states, and Trump declared victory in a White House speech before millions of mail-in ballots were counted.

Committee member Zoe Lofgren, D-Calif., argued that it’s not that Trump believed he had won. She said evidence demonstrates that Trump’s victory speech on election night was planned “well in advance” of the election on Nov. 3, 2020.

“It was a premeditated plan by the president to declare victory no matter what the actual result was,” Lofgren said. “He made a plan to stay in office before Election Day.”

Lofgren presented a memo to the committee dated Oct. 31, 2020, from Judicial Watch President Tom Fitton and sent to Trump as a “draft statement” for Trump to use on election night. Lofgren said Trump consulted Fitton, one of his “outside advisers.”

The Fitton memo suggested the words: “We had an election today—and I won. The ballots counted by the Election Day deadline show the American people have bestowed on me the great honor of reelection [as] president of the United States.”

Lofgren went on to say that Trump’s former campaign manager, Brad Parscale, told the committee that Trump had said in July 2020 that he would say he won even if he lost.

Lofgren also pointed to comments from former Trump advisers Steve Bannon and Roger Stone, who both said before the election that Trump would assert that he won.

“In addition to his connection to President Trump, Roger Stone maintained extensive direct connections to two groups responsible for violently attacking the Capitol, the Oath Keepers and the Proud Boys,” Lofgren said.

The committee showed video of Stone talking to a Danish documentarian both before and after the 2020 election.

“Let’s just hope we’re celebrating. I suspect it’ll be, I really do suspect it will still be up in the air. When that happens, the key thing to do is to claim victory,” Stone was shown saying Nov. 1, two days before the election. “Possession is nine-tenths of the law.”

Another clip showed Stone saying a day before the election, “I said, ‘f— the voting, let’s get right to the violence.’”

The committee also tried to make the case that Trump didn’t really believe that the 2020 election was fraudulent and in fact knew that he lost.

“At times, President Trump acknowledges the reality of his loss,” Rep. Adam Kinzinger, R-Ill., said. “Although he publicly claimed that he had won the election, privately he admitted that Joe Biden would take over as president.”

The committee then showed a video clip in which Chairman of the Joint Chiefs Gen. Mark Milley says to the committee’s investigators: “We’re in the Oval [Office], there is a discussion going on. The president says words to the effect of, ‘Yeah, we lost, we need to let that issue go to the next guy,’ meaning President Biden.”

The committee then showed video of former White House aide Alyssa Farah telling committee investigators: “I popped into the Oval [Office] just to, like, give the president the headlines and see how he was doing, and he was looking at the TV and said, ‘Can you believe I lost to this effing guy?’”

The committee then showed a clip of former White House aide Cassidy Hutchinson telling the committee about a conversation she had with her then-boss, White House chief of staff Mark Meadows.

“Another key part of the president’s effort was a scheme to assemble fake electors to cast false electoral votes in the states President Trump lost,” Rep. Stephanie Murphy, D-Fla., a committee member, said. “This was something done not only with the president’s knowledge but also with his direct participation.”

Murphy then introduced video footage of Ronna McDaniel, chairwoman of the Republican National Committee, testifying to the committee. McDaniel said that Trump and one of his lawyers, John Eastman, talked to her about the plan.

“When I received the call, again, I don’t remember the exact date, it was from the White House switchboard and it was President Trump who had contacted me,” McDaniel said. “He introduced me to a gentleman named John Eastman.”

She said Trump turned the call over to Eastman, who she said, “proceeded to talk about the importance of the RNC helping the campaign gather these contingent electors in case any of the legal challenges that were ongoing changed the result [in] any of the states.”

These “contingent” electoral slates were sent to the National Archives and Records Administration, as well as to the Capitol, she said, to be counted in the joint session of Congress on Jan. 6, 2021.

Fred Lucas is chief news correspondent and manager of the Investigative Reporting Project for The Daily Signal (where this first appeared). Lucas is also the author of “Abuse of Power: Inside The Three-Year Campaign to Impeach Donald Trump.”