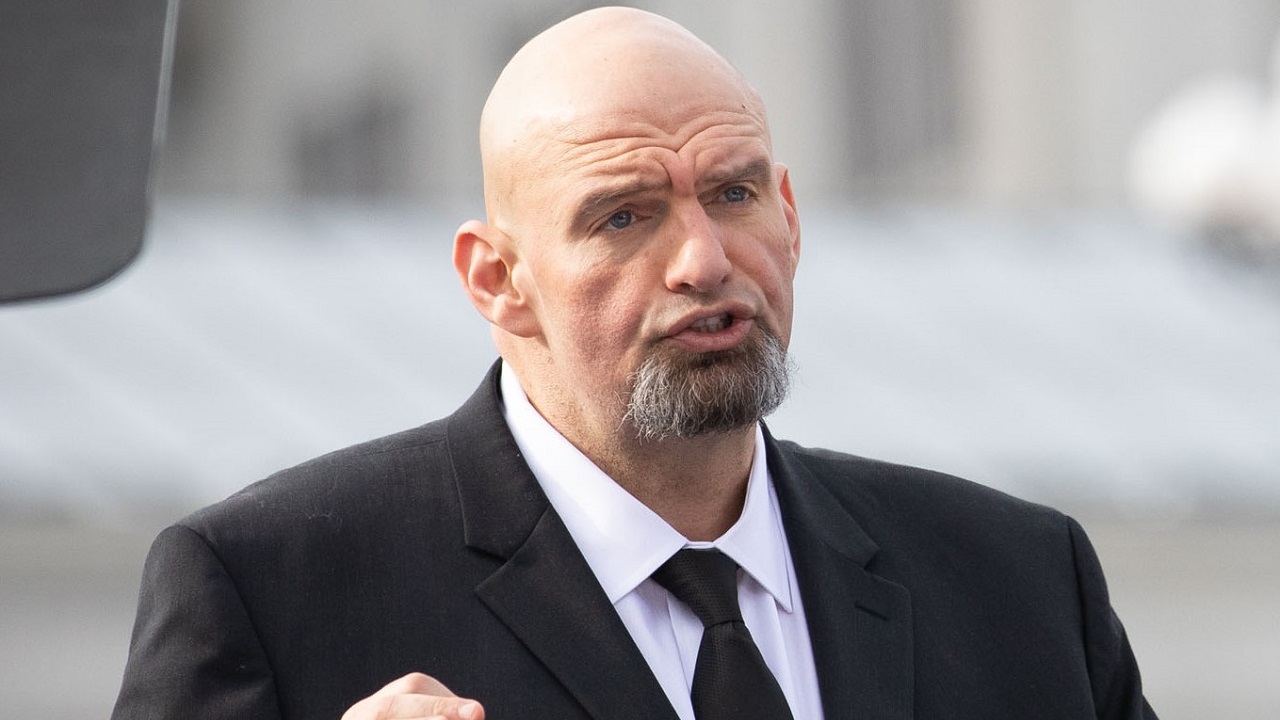 Fetterman delivering his inaugural address as lieutenant governor in 2019.

Oprah turned heads this week with her endorsement of Pennsylvania’s Democratic candidate for Senator, John Fetterman. Oprah’s endorsement of Fetterman is significant, especially because it represents an implicit rejection of GOP candidate Mehmet Oz – whose career Oprah launched. That Oprah and Oz are so central to the upcoming midterm election serves as another example of America’s preoccupation with celebrity.

The Fetterman campaign had courted Oprah’s endorsement for months, appealing directly to Oprah’s team behind the scenes. On Thursday, Fetterman landed his white whale endorsement.

“I said it was up to the citizens of Pennsylvania and of course, but I will tell you all this, if I lived in Pennsylvania, I would have already cast my vote for John Fetterman for many reasons,” Oprah said at a get-out-the-vote event.

Oprah is of course one of the world’s biggest, most transcendent celebrities. She’s an African American icon, a female icon, and an American icon. She’s also a billionaire. Her resources are unique; her cultural impact is pervasive; her platform may be unrivaled.

The humorous thing about the endorsement is that it serves as a refutation to Oz, who used to appear regularly on Oprah’s show. If not for Oprah, Oz would probably not have been able to launch “The Dr. Oz Show” that turned him into a household name – and made him a viable candidate for the US Senate.

I’ve written in the past about the outsized (and hence undemocratic) influence of personal wealth on politics. I haven’t yet hit on the outsized influence of celebrity on politics. While often combined with immense wealth, celebrity can operate exclusively from wealth with respect to influence. For example, Oprah is wealthy and has the resources to back Fetterman – but her verbal endorsement doesn’t represent any sort of fiscal commitment, its just a simple endorsement. And there’s nothing undemocratic about a celebrity having impact – our entire democratic system inherently depends upon certain people being more influential and persuasive than others – which elections serve to measure. But what’s odd and deserves some reflection is that celebrities have the power that they do in America.

The prime example of celebrities in politics is Donald Trump. For decades Trump was just famous for being famous, in Manhattan and some other upper-crust realms, and generally, too – as his various cameos (i.e., Home Alone 2: Lost in New York) suggest. But it was in the aughts that “The Apprentice” and later “The Celebrity Apprentice,” two vapid cable shows, made Trump a full-blown household name. Trump of course used his celebrity to gain the White House. But while Trump’s celebrity was fundamental to his political success, he wasn’t heralded as a presidential candidate before he announced that he was running for president – and it wasn’t his celebrity that won him the White House, it was his policy, and especially, his ability to tap into middle-class resentment of the coastal elites.

A better example of the outsized influence celebrity has on politics would perhaps be Oprah herself. In 2016, when Obama was term-limited and the Democrats were scrambling to produce a viable replacement, Oprah’s name was at the top of the list. Oprah. She had never served in public office. Never expressed much interest in holding public office. Wasn’t really qualified to hold public office. Yet was being encouraged to seek the world’s most consequential public office. And you’d think those encouraging Oprah to seek that public office believed deeply in Oprah’s political philosophy – her views on foreign policy, labor, the role of the executive branch. But that’s unlikely because Oprah’s nuanced political views are not publicly known. One can deduce Oprah’s political views based on the candidates she’s endorsed over the years and the donations she’s made but that’s not going to be approximate. No, Oprah’s primary appeal wasn’t her politics, it was her celebrity.

Like Oprah, another celebrity seems to have public support for a presidential run. Dwayne “The Rock” Johnson. Again, I’m not sure anyone can speak to The Rock’s political views, people just like him and want him to be president. Well, I recommend we pick politicians based on politics, rather than celebrity.

The momentum that Oprah and The Rock enjoy, despite never having served in office, or elaborating on their political views, is reminiscent of the support Dwight D. Eisenhower enjoyed after the Allied victory in Europe. Ike was perhaps the most popular man in America, and everyone was adamant that he run for president. Funny thing is no one knew which party Ike was affiliated with. Think about that. People were convinced Ike should be president without understanding an iota about his political views. Well, at least Ike had some credentials: he was a five-star general who had orchestrated the US contribution to the Nazi defeat. The Rock, on the other hand, makes (mostly) bad movies. Oprah interviews people. As charming as they are, I’m not sure they’re qualified to be president, or to have so much influence in our political process.