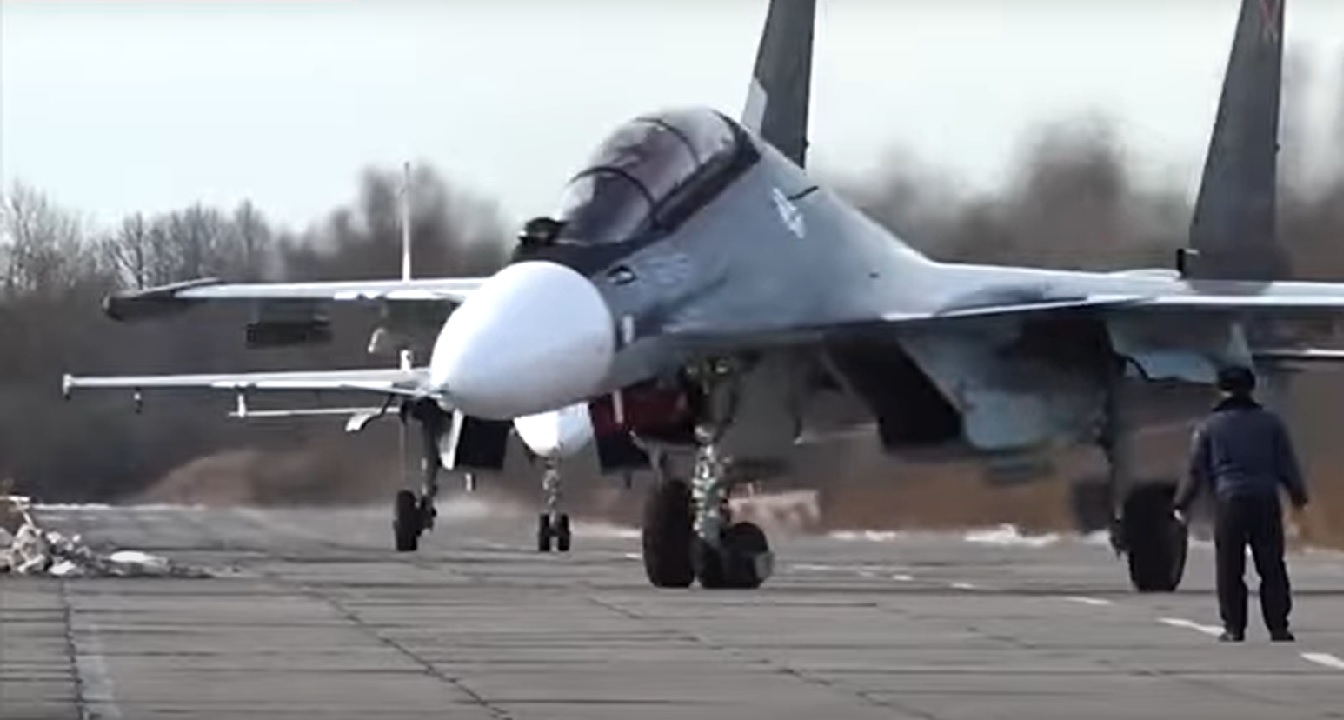 New Su-30SM2 Fighters are on the War: Russia has lost a significant number of combat aircraft in its war in Ukraine. Earlier this month, independent analysts confirmed the destruction of 183 planes and drones. In contrast, Ukraine has claimed to have captured an additional 73 Russian aircraft.

The Kremlin has struggled to replenish what it has lost, but this week state media reported that the United Aircraft Corporation manufactured and delivered a batch of new Su-30SM2 fighter jets and Yak-130 combat trainers to the Defense Ministry.

The latter aircraft is a two-seat combat trainer used for the basic and advanced training of pilots to learn to operate modern and state-of-the-art combat aircraft, including generation four plus-plus and fifth-generation fighters.

“The Irkutsk Aviation Plant of the United Aircraft Corporation (UAC, part of the state corporation Rostec) has manufactured and delivered new Su-30SM2 fighters and Yak-130 combat trainer aircraft to the Defense Ministry of Russia,” according to a statement to Tass.

The Sukhoi Su-30SM (NATO reporting name “Flanker-H”) is a twin-engine, two-seat supermaneuverable fighter aircraft that was developed in the late Soviet era as a multirole fighter for all-weather, air-to-air and air-to-surface deep interdiction missions.

The SM (Serial Modernized) model is a deeply modernized variant of its four-decade-old predecessor, which itself is a heavy, thrust-vectoring, long-range, and multirole advanced variant of the Sukhoi Su-27 “Flanker.”

Thanks to the vast improvements, the Su-30SM has been generally considered a fourth-plus generation fighter jet that has upgraded radar, radio communications systems, and jamming pods; improved friend-or-foe identification systems; and other enhanced aircraft systems.

The Russian military currently operates more than 100 of the aircraft, which are spread across its air force and naval aviation branches – and it is one of Russia’s most prolific modernized fighter aircraft.

The Su-30SM2 is the latest upgrade model of the Cold War-era Flanker aircraft that are in service with the Russian Aerospace Forces (Air Force) as well as the Russian Navy.

In August 2019, the Russian Defence Ministry first signed a contract for an undisclosed number of modernized Su-30SM2, which was then referred to as the Su-30SM1. First deliveries to the Russian Aerospace Forces had been scheduled for late 2020 with serial deliveries to commence in 2021.

That, of course, didn’t seem to happen.

Complete specs haven’t been released, but it was reported that the aircraft would receive the N035 Irbis radar and AL-41F1S engines of the Su-35S, as an effort to standardize and reduce operational costs of the two variants.

The aircraft’s armament was also enhanced to include the new KAB-250 aerial bombs and Kh-59MK2 stealth cruise missiles. The Kremlin had previously planned to modernize all Russia’s Su-30SMs to the SM2 standard – but given the state of the Russian military, it is unclear when that could occur.

“The new aircraft has received sophisticated onboard radio-electronic equipment. The upgrade carried out on an assignment from the Russian Defense Ministry has boosted the aircraft’s combat capabilities. In particular, the aerial target detection and identification range has been increased,” the government explained, adding that the new fighters could deliver strikes against aerial, ground and naval targets with new smart weapons from a distance of several hundred kilometers.

How many fighters Moscow will receive is another unknown, but given the losses Russia has suffered this year, it will need every aircraft it can get.