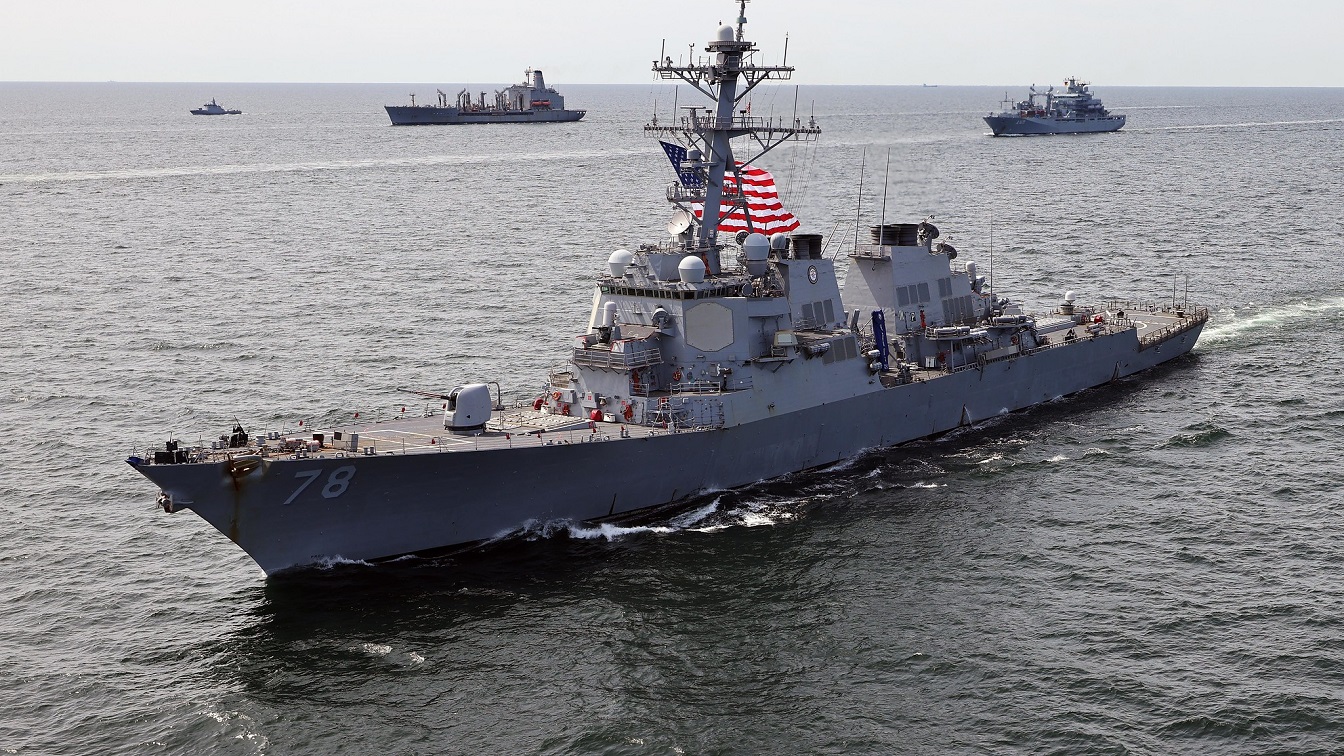 Why the Black Sea Is So Important to Ukraine, Russia, and the West: The Ukraine War approaches its nine-month mark with no end in sight, no easy path to extrication or war termination, and no clear and clean victory without risk.

In this context, it is crucial to recall the war’s strategic importance and recognize that the Black Sea is the prize Russia seeks.

The Ukraine War approaches its nine-month mark with no end in sight, no easy path to extrication or war termination, and no clear and clean victory without risk.

In this context, it is crucial to recall the war’s strategic importance and recognize that the Black Sea is the prize Russia seeks. Western policymakers must view the Black Sea as both this conflict’s center of gravity and the focal point of Russian competition with the West.

In turn, Western strategy can better prepare NATO for Black Sea confrontations both by bolstering Ukrainian naval capabilities and, of equal importance, expanding the capabilities of NATO’s Black Sea states. The longer the Ukraine War continues, the more likely Romania and Bulgaria will become the lynchpin of NATO policy.

Russia’s withdrawal from Kherson signals a new phase of its onslaught against Ukraine. There is little incentive for a legitimate peace at this point for either side.  Russia would use any ceasefire to rearm its military, build in workarounds to the Western-applied sanctions regime, and undermine Western European enthusiasm for renewed support in Ukraine.  This is not a peace, but a brief armistice, the conditions of which would clearly favor Russia.

Ukraine understands this.  It also has the battlefield momentum to press its gains. Having scored two major victories in three months and having compelled Russia to withdraw from right-bank Kherson Oblast without an urban assault, Ukraine has no reason to seek even a short-term ceasefire that Russia could use to its advantage.

Most critically, there is no sign that Russia has abandoned its long-term objectives.  At minimum, it seeks to hold Ukraine’s Black Sea coastline, thereby affording it a stranglehold over Ukrainian trade based on its current borders – a dividing line along the Dnieper would place Odesa, Kherson, and Mykolaiv at continuous risk of Russian pressure.

This is one factor explaining right-bank Kherson’s long-term relevance: without a bridgehead over the Dnieper, it is difficult to envision a renewed Russian assault across it unless Russia can refit its armed forces during a ceasefire.

At best, however, Russia hopes it can achieve a ceasefire, strike some sort of compromise that legitimates its gains in Ukraine’s south, and then hold Ukraine back from NATO or EU affiliation for long enough to enable another offensive.

Holding Ukraine’s Black Sea coastline is crucial for Russian objectives in three respects.  First, with a consolidated Black Sea position, Ukraine cannot function as an independent state – Ukrainian grain must pass through Russian ports at any significant volume, thereby ensuring that the Kremlin has a stranglehold on global food supplies.

Second, with Ukraine’s coastline under its control, Russia can project power around NATO’s southern and southeastern flanks, pressuring Romania and Bulgaria and sustaining any deployments to the Mediterranean, which before Turkey’s invocation of Montreux Convention had become routine.

This enabled all manner of strategic activity in the Levantine Basin and farther west, including Russia’s Syria and Libya interventions.  Third, and perhaps most critically, a stronger Russian Black Sea position would allow it to dominate Turkey’s strategic orientation.

Turkey hedged during the Ukraine War’s opening days but has now tilted softly towards the West.  If Russia can rescue its war, however, Turkey is sure to shift tack once again, surrounded as it would be on three sides by Russian power.

The above factors, in the inverse, indicate that returning Crimea to Ukraine would severely undermine Russia’s ability to project power in the Mediterranean and pressure NATO’s flanks.  In turn, the Crimea question out of necessity dominates Ukrainian strategic planning. A Ukrainian Crimea, even with all of Donetsk and Luhansk in Russian hands, almost certainly precludes a renewed war.

Russia could bombard Ukraine’s cities, but an offensive from Belarus towards Kyiv or farther west would lack a corresponding southern pincer to split Ukrainian forces, while Ukraine could still check a Russian advance in the east through another stubborn defense-in-depth.  With Crimea in hand, therefore, Ukraine could continue a war of attrition almost indefinitely – assuming it has, of course, the air defenses to prevent Russian bombardment of its cities and some long-range strike capabilities.

Operational planning for an offensive against Crimea includes several thorny questions of sequencing, timing, and axes of effort. More generally, there is a variety of questions around Russian and Ukrainian strength, and several potential outcomes militarily.  From a strategic standpoint, however, one of four contingencies is most likely.

First, the Ukrainian operation against Crimea is delayed by some months, occurring in the late spring or early summer.  The mines that Russia and Ukraine placed in the Western Black Sea, however, remain a persistent threat.

Second, the Ukrainian operation begins soon, but is concentrated primarily in Zaporizhzhia Oblast, with only moderate spillover effects in the western Black Sea.  However, Russia withdraws from the Black Sea Grain Agreement to counter-escalate.

Third, there is some amphibious activity in the northwestern Black Sea as Ukraine seeks a foothold on Russia’s extreme left, leading to more maritime congestion.  Fourth, and most dangerously, Russia surges back over the Dnieper, having reconstituted its forces and withstood Ukrainian counterattacks, pushing towards Mykolaiv and Odesa once again.

Each contingency would require a separate reaction from the West. Yet in each case, NATO’s Black Sea members, particularly Romania, will be crucial to a long-term coherent strategy.  Snake Island, of fame earlier in this war, is under 30 miles from the Romanian coastline; all of Ukraine’s shipping currently passes through Romanian waters; and if Russia leaves the Black Sea grain deal or combat operations disrupt it, Romania will become once again Ukraine’s economic lifeline.

How can NATO shore up its Black Sea capabilities in the short-term, giving it a solid base from which to respond to every possible contingency.  Two steps should be taken immediately.

First, Romania should receive a new tranche of minesweepers as rapidly as possible.  Mines from the Odesa grain corridor will remain a persistent threat even absent Russian escalation.  Indeed, in early September, a Romanian minesweeper hit a mine and needed to be towed back to port for repairs.

Romania needs more anti-mine small craft, whether minesweepers or minehunters.  Even older Soviet-era vessels would be effective enough for this purpose and would circumvent Montreux concerns as Romania is a Black Sea state.

Second, the U.S. should accelerate the delivery of the Naval Strike Missile to Romania.  The NSM, which Ukraine may also receive, is a Norwegian-produced anti-ship missile that will become the backbone of Western short-to-medium range anti-ship missiles.

Romania expects delivery of its first tranche of NSM’s in late 2024 – this must be expedited to early-to-mid 2023.  With expanded naval capabilities, NATO can buy itself strategic insurance through Romania, creating a leverage point against any renewed Russian expansion and a potential protected conduit to Ukraine.

Seth Cropsey is president of Yorktown Institute. He served as a naval officer and as deputy Undersecretary of the Navy and is the author of Mayday and Seablindness.

In this article:Black Sea, NotHome, Russia, Ukraine, War in Ukraine

Seth Cropsey is founder and president of Yorktown Institute. He served as a naval officer and as deputy Undersecretary of the Navy and is the author of Mayday and Seablindness.