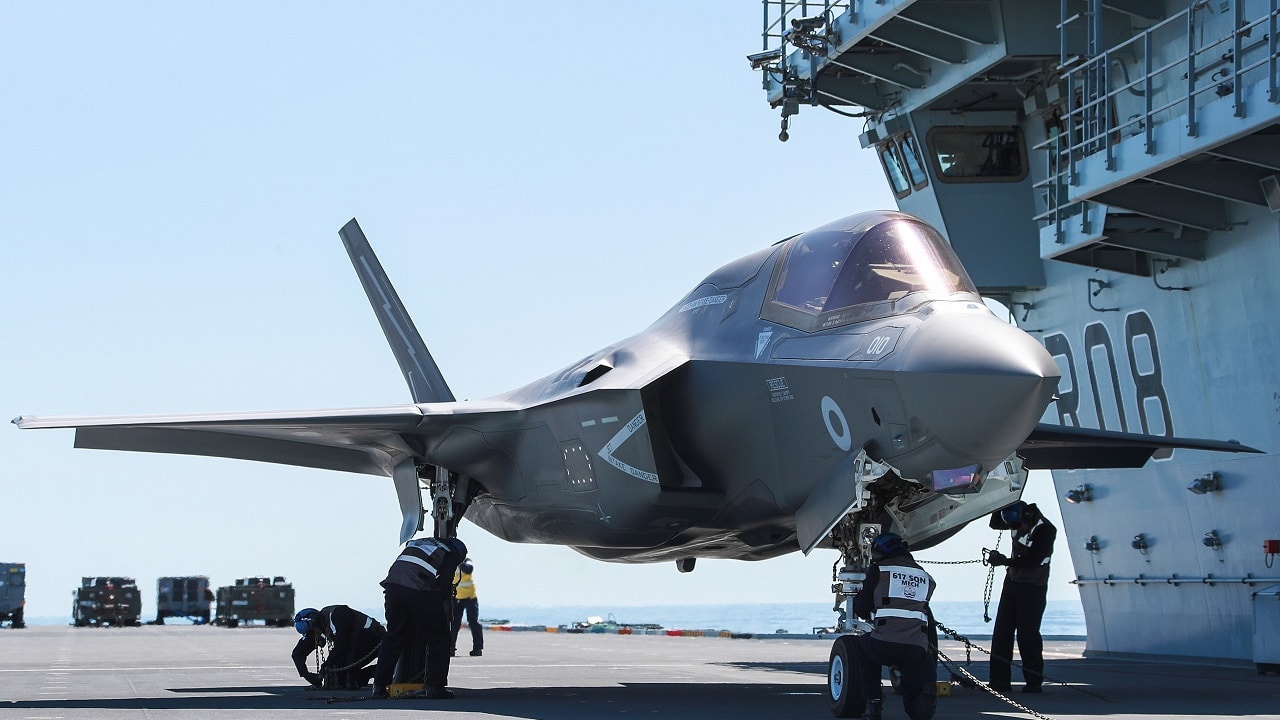 HMS Queen Elizabeth with F-35 on the flight deck.

The Royal Navy flagship HMS Queen Elizabeth arrived in Oslo on Monday, the ship’s first visit to the Norwegian capital. The largest and most expensive warship ever built in Great Britain is currently deployed to lead a Carrier Strike Group in the waters of Northern Europe as a show of force and a deterrent to Moscow. The carrier successfully navigated the Oslo Fjord and will spend the next few days in Norway before resuming operations.

The flagship was accompanied by two frigates, a destroyer, and supply ship and was berthed under Oslo’s historic Akershus Fortress. During the visit, she will host several military and political meetings – Norwegian Prime Minister Jonas Gahr Støre was invited on board Monday evening for a tour of the flagship.

“This is of great significance for Norway,” Støre told reporters, adding that the presence of HMS Queen Elizabeth along with other NATO warships was an “important signal that we’re maintaining order” in an area rich in natural resources.

The region is home to nearly 90 offshore oil and gas installations, and thousands of kilometers of pipelines run along the country’s seafloor.

“We are a maritime nation, we have a lot of value at sea, are strategically located and will secure stability and order in our region,” Støre noted. “We’re doing that in close cooperation with Great Britain and the US.”

The visit to Norway comes after the carrier took part in Operation Achillean, during which it led a group of warships, helicopters, and F-35B Lightning fighter jets. (The fifth-generation multirole fighters were embarked on the carrier earlier this month.) The mission fell under the banner of the Joint Expeditionary Force, a 10-nation military alliance committed to maintaining the security of northern Europe.

The F-35B Lightning II jets from 617 Squadron carried out flying operations, while helicopters from the 820, 845, 815 and 825 Naval Air Squadrons undertook sorties from a bustling flight deck.

“This latest deployment builds on a range of operations and exercises with JEF allies this year for the Royal Navy, including maritime patrols in the Baltic Sea,” the Royal Navy said in a statement.

Last year, HMS Queen Elizabeth – the largest carrier in service with the Royal Navy at 280 meters in length, and three times as large as Ark Royal – completed her maiden voyage, which lasted nearly seven months and saw her head through the Suez Canal to the Far East and back. During that lengthy deployment, she was joined by eight other warships and more than 30 aircraft. With 3,700 personnel, it was the largest Royal Navy flotilla to depart the United Kingdom in decades. 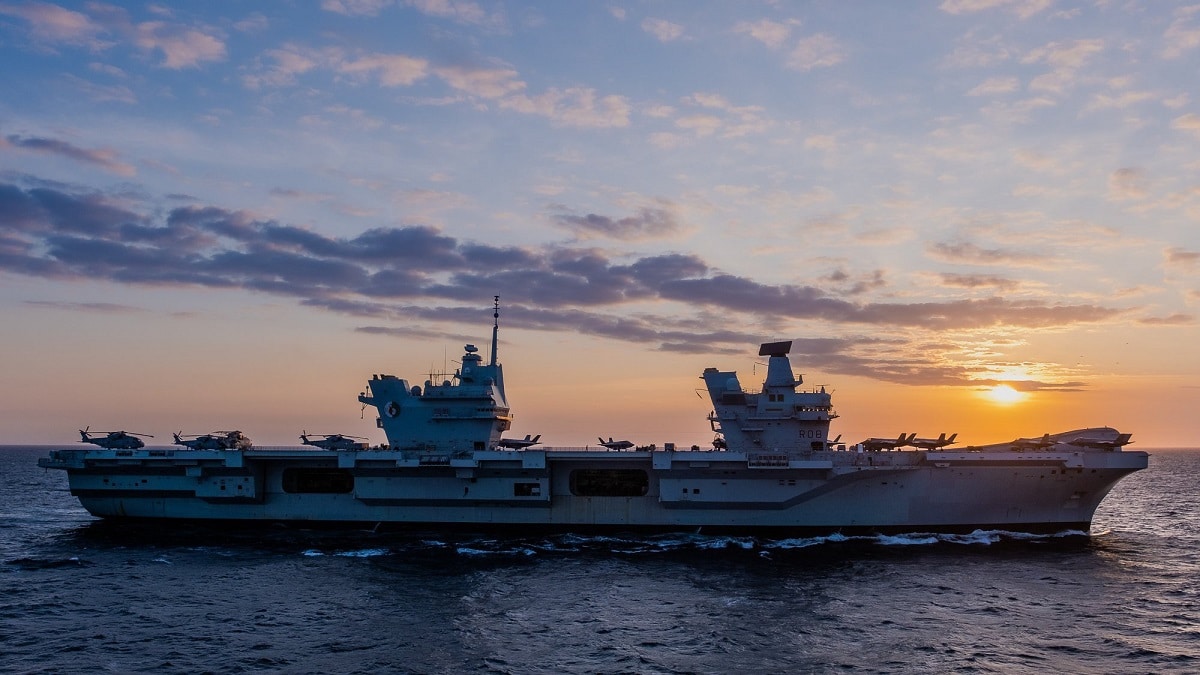 The Royal Navy’s flagship also recently returned from the United States, where she hosted a high-profile security conference in New York Harbor. The trip was an unscheduled deployment – HMS Queen Elizabeth replaced her sister ship, HMS Prince of Wales, which suffered damage to her propeller shaft near the Isle of Wight while preparing to cross the Atlantic to take part in the conference.

Much like the late Queen Elizabeth II, this warship is certainly maintaining a very busy schedule.