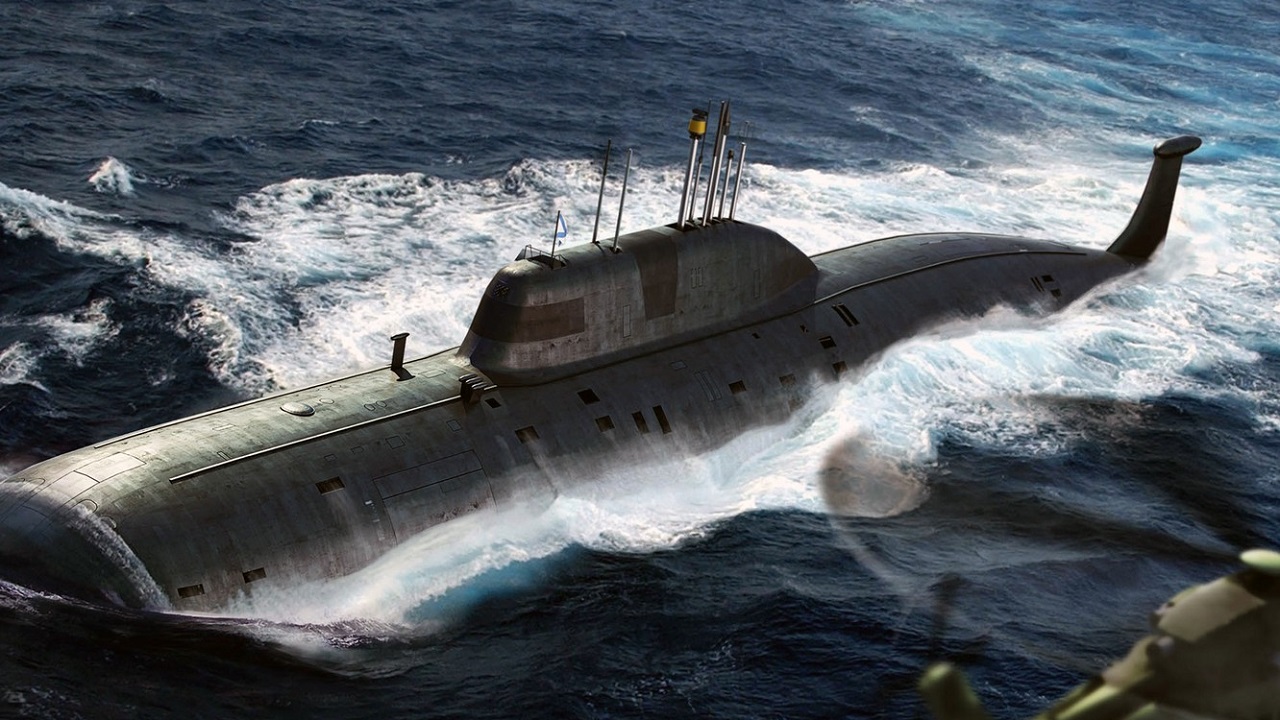 Royal Navy Tracked Russian Submarines in North Sea – Earlier this month, the Royal Navy closely monitored the movements of a pair of Russian submarines that had sailed into the North Sea. The Type 23 frigate HMS Portland was on watch and shadowed the movements of the Yasen-class nuclear-powered cruise missile submarine Severodvinsk (K-560) and Akula-class attack submarine Vepr (K-157), as the boats made their underwater journey south along the Norwegian coast from the Arctic.

Both of the submarines are deployed with the Russian Northern Fleet and were believed to be traveling to St. Petersburg for the Russian Navy Day celebrations scheduled for July 31. HMS Portland monitored the submarines as each surfaced separately in the North Sea, northwest of Bergen, Norway, on July 16 and 19, before NATO and Baltic forces took over duties.

“Our success on operations marks the culmination of many months of specialist training and exercises. Critically, the cohesiveness of Royal Navy, RAF and our allies capabilities ensures that we are capable of conducting and sustaining these types of anti-submarine operations in the North Atlantic,” said HMS Portland‘s Commanding Officer, Commander Tim Leeder.

“It is testament to my sailors’ dedication and professionalism, alongside that of our allies, that we are able to conduct this strategically crucial role,” Leeder added.

Severodvinsk, which was laid down in 1993, had reportedly carried out a successful launch of a Tsirkon hypersonic missile from the White Sea at a target in the Barents Sea last October.

ASW Role Put to the Test

HMS Portland and her specialist Merlin helicopter – both equipped with cutting-edge sonars, sensors, and torpedoes for submarine-hunting operations – reported on the movements of the Russian Northern Fleet vessels. In addition, a Royal Air Force (RAF) P8 Poseidon long-range maritime patrol aircraft also worked closely with the frigate to hunt and track the submarines.

This operation couldn’t have come at a better time as HMS Portland and her crew had recently taken part in NATO’s premiere submarine-hunting exercise. That large-scale joint exercise proved to be the ideal prelude for this type of live operation.

Portland has a length of 133 meters, a width of 16 meters, and a full load displacement of 4,200 tons. She is driven by a gas turbine and has a maximum speed of 28 knots and a crew of 185. This is the eighth ship to bear the name and is the fifteenth and penultimate ship of the ‘Duke’ class of frigates, and is named for the currently extinct title of the Dukedom of Portland, and more particularly for the third Duke (William Cavendish-Bentinck), who twice served as Prime Minister.

A total of sixteen Type 23 frigates were built between 1989 and 2002. Currently, a dozen are in service with the Royal Navy while three are operational with the Chilean Navy. The frigates are well equipped for anti-air warfare (AAW), anti-surface ship warfare (ASuW), and anti-submarine warfare (ASW). It is likely Portland or one of her sister ships will monitor the movements of the Russian submarines following the Russian Navy Day celebrations when they return to their home port on the Barents Sea.