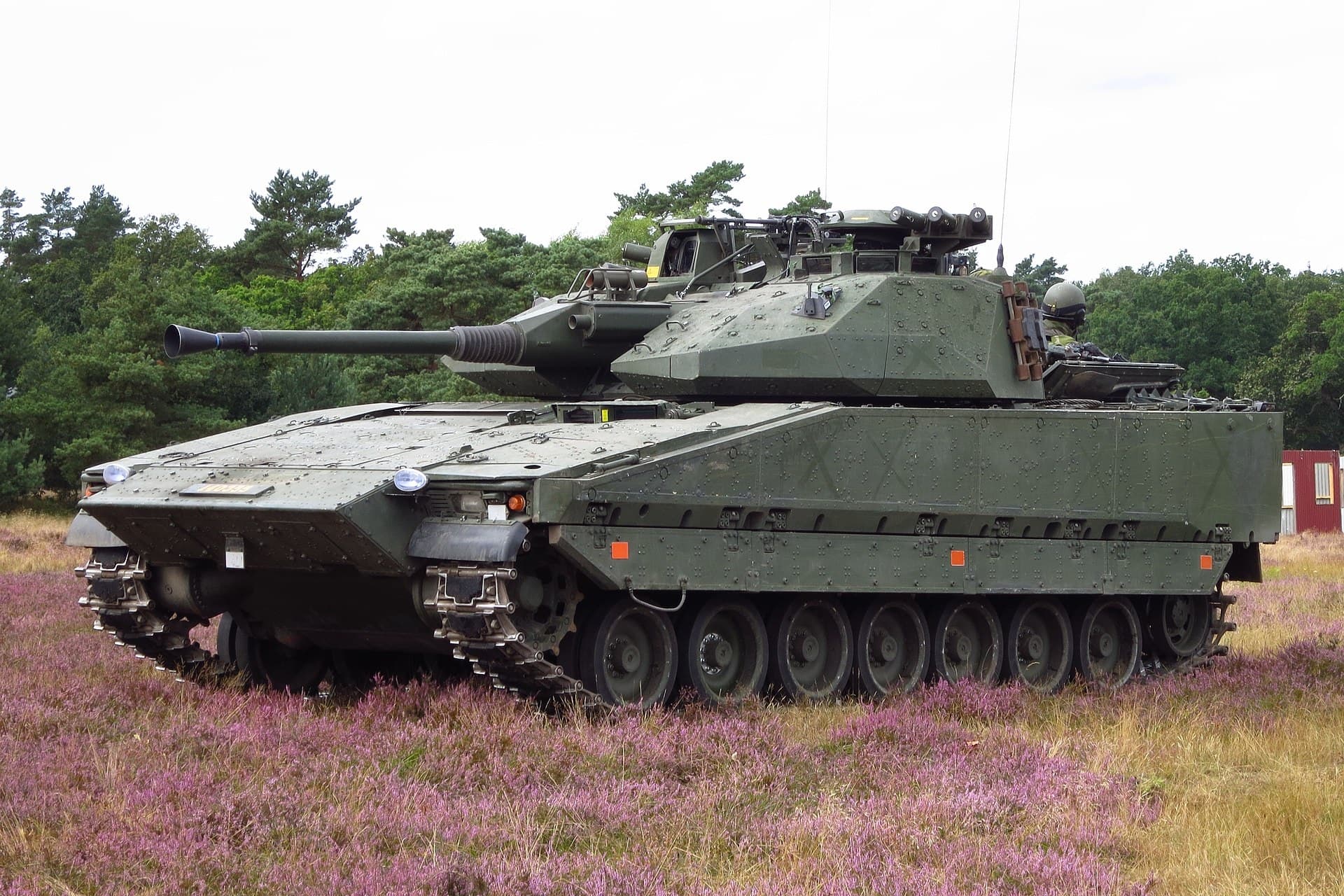 CV90 to Ukraine: On Monday, Turkish President Tayyip Erdogan told Swedish officials not to expect Turkey to back its NATO membership bid, days after a copy of the Quran was burned in a Stockholm protest.

Even as that news broke, Sweden has pressed forward with plans to provide additional aid to Ukraine, after announcing last week that it would send fifty CV90 infantry fighting vehicles, a dozen Archer artillery systems, and additional NLAW man-portable anti-tank weapons to Ukraine.

At a press conference last week, Swedish Prime Minister Ulf Kristersoon said, “Military support is decisive,” adding, “It can change who retakes the initiative this winter.”

Ukrainian forces had successfully pushed back Russian forces in a counteroffensive that began last summer and continued even as winter had set on. However, now both sides are largely locked in a stalemate, and military experts suggest both Kyiv and Moscow will seek to gain momentum in the coming spring.

Ukraine’s forces will be bolstered thanks to Western aid that will include a number of armored vehicles. The UK has pledged to send Challenger 2 main battle tanks (MBTs) while France is sending its AMX-10 RC wheeled tank destroyers. Germany has also pledged to send its Marder Infantry Fighting Vehicles, and the United States will provide a number of M2 Bradley Fighting Vehicles.

The CV90 (Combat Vehicle 90) is a family of Swedish tracked combat vehicles that were designed by Sweden’s Defence Materiel Administration (Försvarets Materielverk, FMV), Hägglunds and Bofors during the mid-1980s to early 1990s.

These entered service in 1993, and have been continuously updated with technological improvements to meet changing battlefield requirements.

The platform was developed to be easily configured to match various situations and missions, from patrol to combat. It was designed for operations in Scandinavia’s forests, and could thus be well suited to the heavily wooded terrain of Eastern Ukraine.

The tracked, three-crew CV90 can carry up to eight infantry soldiers, while it is armed with a Bofors 40mm autocannon in its armored turret. Its welded steel armor hull can reportedly withstand hits from 30mm armored-piercing rounds – including the type used by many Russian infantry fighting vehicles (IFVs) and armored combat vehicles (ACVs).

Improved versions can also withstand mine blasts equivalent to 10kg of TNT, while appliqué ceramic armor can be added to later production models. It is powered by a 550hp Scania DS14 diesel engine, and has a maximum range of improved models is up to 600km.

The CV90 has been adopted by multiple NATO members including Denmark, Estonia, the Netherlands, and Norway, while it is also operated by Finland and Switzerland. Sweden has some 549 CV90s in its arsenal, including 42 that have been updated to the CV9040C model with additional armor.

Slovakia and the Czech Republic have each announced plans to purchase a number of the vehicles. At the same time, the CV90 was a contender for the United States Army’s Next-Generation Combat Vehicle program to replace the M2 Bradley.

In this article:CV90, Russia, Sweden, Ukraine, War in Ukraine