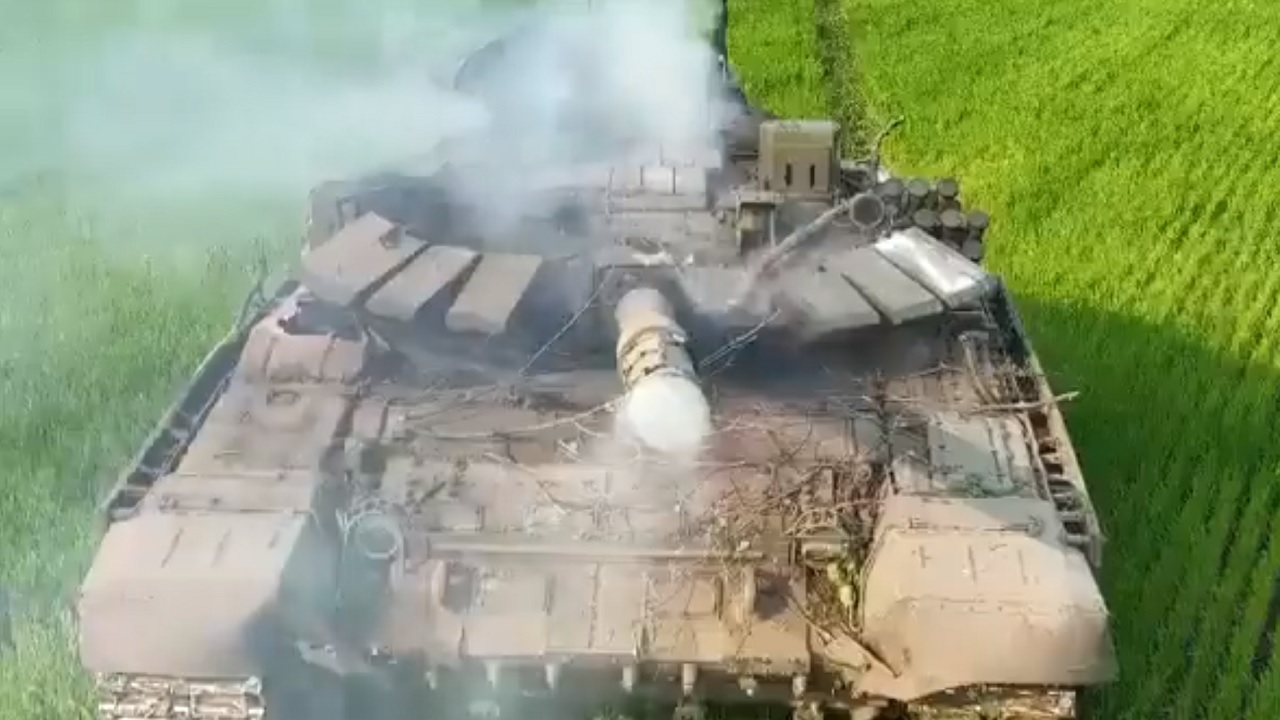 Video screenshot of a Russian T-72B3 tank on fire and a second decapitated tank by Ukraine's 93rd Mechanized Brigade.

Russia has lost more men in the war in Ukraine than the U.S. lost during World War One.

With over 120,000 casualties in 11 months of war, the Russian forces have lost more troops killed and wounded than the U.S. military in one year of fighting on the brutal Western Front.

U.S. vs. Russian Casualties in Ukraine

According to the Congressional Research Service (CRS), the U.S. military suffered 116,516 deaths during World War One, 53,402 of which were classified as combat deaths.

As the main ground force, the U.S. Army suffered the biggest share of losses, with 50,510 American soldiers killed in action and 55,868 dying from other causes.

In addition, 204,002 American troops were wounded but survived.

The Russian forces have already exceeded those numbers. Every day, the Ukrainian Ministry of Defense announces the casualties Ukrainian forces inflicted on the Russians over the past 24 hours.

The war is far from over.

Indeed, as we reach the one-year anniversary, there seems to be no end in sight to the bloodshed. The Ukrainian government has repeatedly stated its willingness to liberate all of the country—approximately 18 percent of pre-2014 Ukraine, including the Crimean Peninsula, is still under Russian control.

Sadly, the Russian and Ukrainian soldiers have to lose many more comrades before the final tally is up.

The Horrors of World War One

Compared to the other combatants in the Great War, the U.S. military came out of World War One almost without a scratch.

Just to give you an idea of the terrible losses France, Germany, Great Britain, Canada, and Russia suffered in the war, on just the first day of the Battle of the Somme in 1916, the British lost around 60,000 men, more than 19,000 of which were killed in action. The battle ended up killing or wounding more than one million men in the French, British, and German armies.

In the Battle of Verdun, which lasted from February to December 1916, the German and French militaries lost around one million men combined. Around 300,000 soldiers on both sides died.

World War One was brutal, and life was cheap. The war in Ukraine is equally brutal, and, even after more than a century, life continues to be cheap if you are a Russian soldier.

In this article:History, Military, Russia, Ukraine, World War I