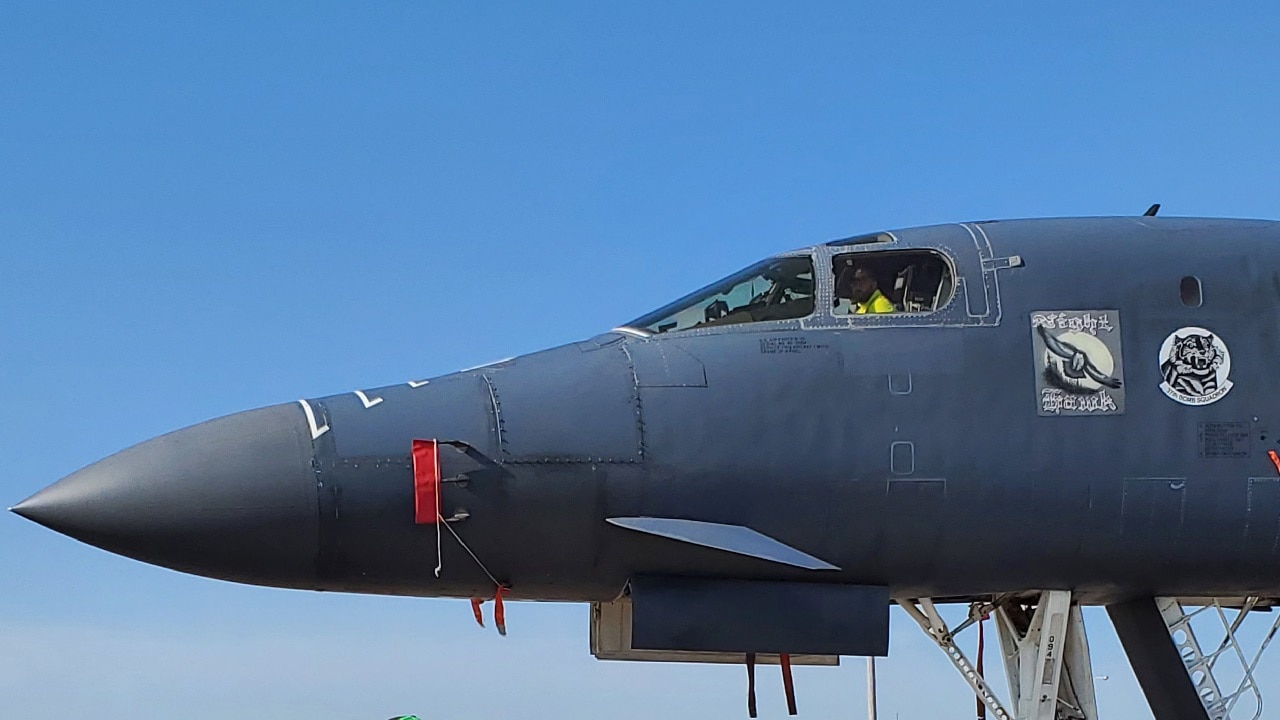 As House Republicans continue to bandy about a major cut to the US military’s budget for next year, one voice of reason explained why that tired and non-strategic approach only serves to hurt the troops and harm our strategic position in the world relative to our problems.

Speaking at AEI this week, US Senator John Cornyn (R-TX) said the United States tries to “repeatedly cash the ‘peace dividend’ when there is no peace.”

The 1990’s peace dividend provided cover for a very real procurement holiday from which the U.S. military has never fully recovered. That lapse in military modernization was followed by a hollow buildup for the wars in Iraq and Afghanistan, which was then bookended by the Budget Control Act era and sequestration.

The result is a smaller, older, less ready—but more expensive—military. America is confronting its own diminishing combat power alongside shrinking conventional and nuclear deterrents. Not only is our military superiority in decline across the armed forces and domains of warfare, but we are outmatched by potential enemies in some specific operational challenges.

Compounding the problem is that our decline has been underway for some time.

Just under a decade ago, the 2014 National Defense Strategy Commission found that “America’s military superiority—the hard-power backbone of its global influence and national security—has eroded to a dangerous degree.” The bipartisan commissioners said the convergence of negative trends has created a crisis of national security for the United States, quite possibly “an emergency.”

In 2010, the Quadrennial Defense Review Independent Panel said in no uncertain terms that similar issues raised in their report were “sufficiently serious” that all 20 commissioners believed an explicit warning was appropriate. They said “a train wreck is coming” given the “aging of the inventories and equipment used by the services, the decline in the size of the Navy, escalating personnel entitlements, overhead and procurement costs, and the growing stress on the force.”

The 2010 body concluded that the consequences for a “business as usual” attitude towards their findings were “not acceptable.”

Yet business-as-usual seems to be the approach de jure for military investments over three decades. These disturbing trend lines were obvious each time Washington has voted to cut defense spending without strategic forethought or rationale. And the House may be set to do it again, but this time in light of an unforgiving history and lack of margin within the force to do more with less without severe consequences.

As Sen. Cornyn said, the nation is clearly in the midst of great power competition and has not “risen to the challenge.” He said the situation requires “a sense of urgency” lacking in Washington. He noted that he sees nothing that gives him a great deal of comfort that the US is adequately prepared for a multi-front conflict. “I don’t see all hands on deck,” Cornyn continued, including regarding America’s defense and aerospace industrial base, should a crisis escalate in Asia.

That is an accurate, if understated, assessment of our current comfort level surrounding assumptions about when or how severely others may use force and challenge the status quo in varied regions of the world—and how much luxurious time the US would have to respond.

Given the worrying state of our defenses and industrial capacity, as well as the rising number and severity of challenges around the world, why would House Republicans arbitrarily pick a topline budget number that is not threat-informed?

Because any reasonable analysis would say—and has said for years now—that defense budgets above inflation are only the minimum needed to stem the tide and recover.

What took decades to create will similarly take decades to un-do with robust defense spending that is predictable, consistent, and on-time.

Nor is a $75 billion cut to the military’s budget even what’s really on the table. Speaker McCarthy seems to think that returning to budgets at 2022 levels is simply “what we were spending just two or three weeks ago.”

The 118th Congress is charged with funding the military for fiscal year 2024 and 2025. This year’s budget for 2023 is settled, overwhelmingly voted upon, and signed into law.

Returning to 2022 spending levels for 2024 is much more than a $75 billion cut for the US military. The House GOP is proposing a defense cut well north of $100 billion once more accurate inflation data is available.

The result of this short-sighted and unserious proposal would be near immediate and create a “force that is measurably smaller and less capable than the one we have today.”

As my colleagues have said, while “prospects for these cuts are not looking good, it is important to understand how dangerous even presenting them as a viable option is to our nation’s national security.”

As former Secretary of Defense Mattis was fond of saying: “Let’s take our own side in this fight.”

Expertise and Experience: Now a 1945 Contributing Editor, Mackenzie Eaglen is a resident fellow in the Marilyn Ware Center for Security Studies at the American Enterprise Institute. You can follow her on Twitter: @MEaglen. While working at AEI, Ms. Eaglen served as a staff member on the National Defense Strategy Commission, a congressionally mandated bipartisan review group whose final report in November 2018, “Providing for the Common Defense,” included assessments and recommendations for the administration. Earlier, Ms. Eaglen served as a staff member on the 2014 congressionally mandated National Defense Panel, established to assess US defense interests and strategic objectives, and in 2010 on the congressionally mandated bipartisan Quadrennial Defense Review Independent Panel, which evaluated the Pentagon’s defense strategy. She is also one of the 12-member US Army War College Board of Visitors, which offers advice about program objectives and effectiveness.