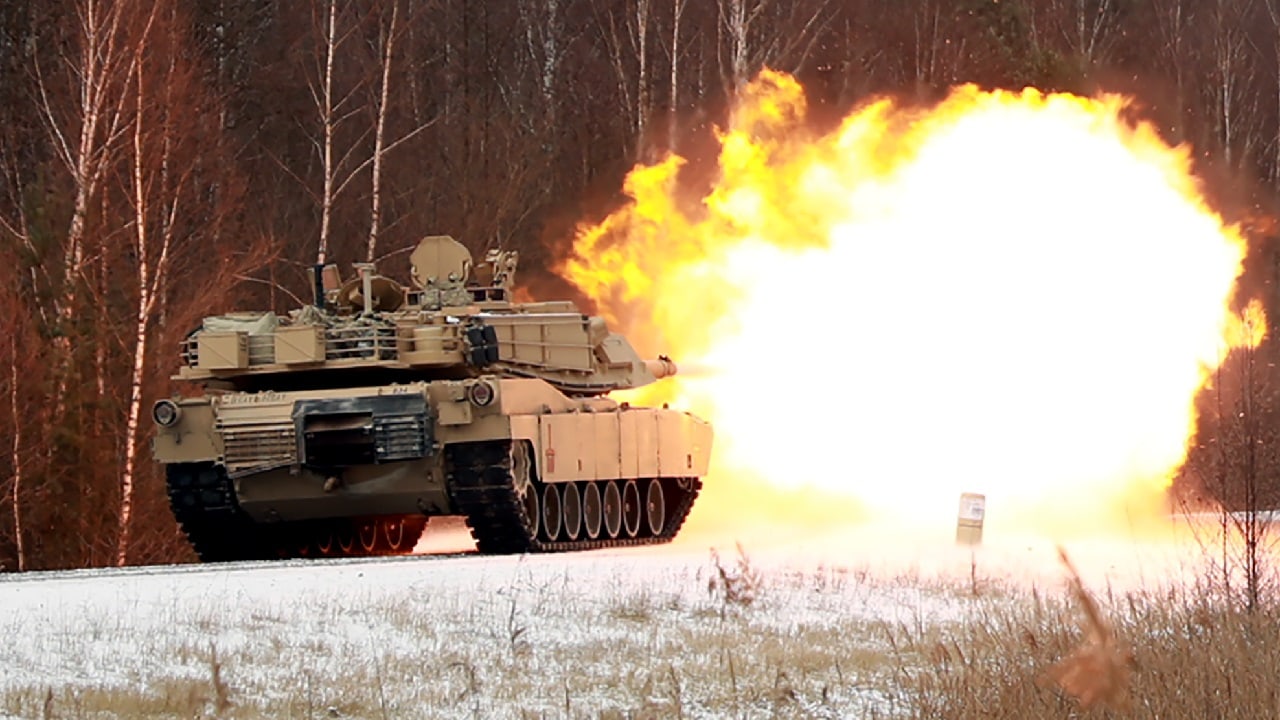 Note: This is Part I of a Three-Part Series. You Can Read Part II here and Part III here.  – In the past few days, the United States announced the largest-ever tranche of armored vehicles and other lethal aid for Ukraine. But at the meeting of the 50-nation Ukraine Defense Contact Group at Ramstein Airbase in Germany on Friday, the U.S. and Germany refused to commit to providing Ukraine with either the M1 Abrams or Leopard 2 tanks.

(Check out the author of this article, Daniel L. Davis, talking to LBC.)

Even without the main battle tanks, however, the list of modern armored vehicles given to Ukraine was significant.

But will these high-tech tanks – if Ukraine eventually gets them – transform the Ukrainian Armed Forces (UAF) into a modern force that can drive Russia out later this spring?

The chances aren’t as great as many believe.

Only time will tell, but Western supporters and Ukrainian leaders need to understand the scale of the challenge Zelensky’s troops face in trying to convert the sum total of all military gear into sufficient combat power necessary to drive Putin’s army back to Russia. As it has been since antiquity, wars are waged – and won or lost – by men, not the machines and tools of war.

What Ukraine Got & What They Have Now

The latest package of equipment promised to Ukraine by the U.S. alone is substantial.

It features 59 U.S. Bradley Fighting Vehicles (or BFVs, now for a total of 109 vehicles), 90 Stryker armored combat vehicles, and 350 Humvees.

Since the invasion, the U.S. has given or committed to Ukraine over 60,000 anti-armor systems/missiles, 160 155mm and 72 105mm howitzers (along with nearly 1.5 million artillery shells of every caliber), 38 HIMARS rocket launchers, 300 M113 armored personnel carriers, 250 M1117 armored security vehicles, 580 MRAP armored trucks, 111 million rounds of small arms ammunition, and literally hundreds of additional weapons and tools of war.

By any accounting, this is a massive list. Last month, the commander of the Ukrainian Armed Forces, Gen. Valery Zaluzhny told the Economist that he need a total of about 300 tanks, 500 armored personnel carriers, and 500 howitzers. Though the Ramstein Defense Group didn’t promise the tanks Zaluzhny wanted, the sum total of Soviet-era tanks, personnel carriers, and artillery systems provided by all nations combined has reached a stunning number.

According to a Bloomberg accounting prior to Friday’s Ramstein meeting, Western and other nations have given Zelensky’s forces 410 Soviet-era tanks, 300 Soviet-era infantry fighting vehicles, 550 non-U.S. armored personnel carriers, about 500 non-U.S. MRAPs, 1,500 infantry wheeled vehicles (including 1,250 Humvees), more than 50 non-U.S. multiple rocket launchers, and almost 500 towed and self-propelled artillery systems.  This comes on top of the equipment Ukraine still has of its own.

According to some sources, Ukraine had approximately 2,000 tanks of all models prior to the war, and at least as of last October (most current information available at time of writing), Ukraine had allegedly lost 320 tanks. Even if one assumes the number of losses was double that, combined with what the West has delivered, Kyiv still has somewhere in the range of 1,700 tanks in their army. The belief that the possession of some number of modern NATO tanks is going to be a difference-maker is not based on a deep understanding of how modern combat works.

In Desert Storm, U.S. M1A1 Abrams tanks wiped out Saddam Hussein’s fleets of Soviet-made T-72s, and again the American Abrams-led invasion in 2003 revealed the T-72 was no match for U.S. tanks. And truly the American tanks were witheringly successful. During Desert Storm, for example, the U.S. and its coalition partners destroyed more than 3,000 Iraqi tanks.  Saddam’s armored force, however, did not destroy even a single Abrams tank. It’s understandable, then, why anyone would want to have an Abrams or equivalent tank, especially when it has proven so effective against exactly the type of tanks Russia has.

The problem, though, is in understanding why the Abrams were so successful and the T-72s so poor. The tank is only as good as the individuals operating it, and as good as the units that employ it. I fought with Eagle Troop of the 2nd Squadron, 2nd Armored Cavalry Regiment at the Battle of 73 Easting, in which we destroyed scores of Soviet-era tanks and other armored vehicles, while not losing a single tank or Bradley Fighting Vehicle on our side. The reasons, as was broadly true throughout that war, were two-fold.

First, the U.S. crewmen were highly trained as individuals. In my unit, tank drivers, loaders, gunners, and vehicle commanders had all mastered their individual jobs, then for more than a year before battle, had conducted considerable time training as platoons, then at company-level, and later we trained in squadron and eventually regimental levels. No one could have been more ready to fight than we were.

Second, Iraq had done virtually none of those things, we later discovered. Their crewmembers had minimal training, had rarely if ever, fired their main guns in training, did very little unit-level training, and their maintenance programs – far more important in tank operations than commonly understood – was virtually non-existent. In short, the T-72 operators were poorly trained while our side was highly trained.

In tank fights, the side that accurately fires first almost always wins. In Desert Storm, we almost always fired first, and because of our training, almost never missed. But even when the Iraqi gunners got off a shot, it was rarely on target. The results were fatal for them.

Here is a little-known truth: if the Iraqis had had the same M1A1s that we had, or if we had been outfitted with the same T72s Iraq had, we still would have won, because ultimately, it is the man operating the tools of war that wins, not the tools themselves. Without question, the Abrams is superior in every way to any Soviet-era tank. But without proper training and maintenance, even an M1 can be defeated.

The Abrams or Leopards are not ‘wonder weapons’ whose possession will result in major successes on the Ukrainian battlefield. They can help. They will provide improved capability over the current Ukrainian fleet. But the nature of this war is such that there have been few tank-on-tank engagements, and to date, virtually no tank battles. But to demonstrate why adding M1s isn’t going to meaningfully alter battlefield dynamics, I will provide a realistic scenario:

Hypothetical Battle with Abrams and Leopards

Let’s say that last August when Ukrainian units were pressing in on Russian frontlines in the Kherson region, there was a section of the lines where Ukrainians had a mix of T-72, T-64s, and M-55s going against the Russian side that had T-72s, T-80s, and a few T-90s. As it turned out, battles in that area featured mostly artillery and rockets and a few infantry rushes but few tank-on-tank engagements. But let’s now say that the Russian side had the same mix of tanks but the UAF had Abrams and Leopards. What would have changed?

The Western tanks have more accurate cannons, more frontal armor protection, and longer range than the Soviet models. But the T-72s still have decent armor protection and lethal cannons at shorter ranges. Yet the NATO tanks are not impervious to T-72 tank shots. A flank or rear shot by a T-72, T-80, or T-90 can still disable or destroy an M1 Abrams tank – and can easily destroy every other tracked or wheeled vehicle in Ukraine’s inventory. Tanks cannot fight alone or they die (often to anti-tank missiles). Thus even if Ukraine had had the M1 Abrams tanks opposite Kherson, the battle would not have materially changed.

What Next for Ukraine?

Zelensky’s troops already have a significant number of tanks equivalent to their opposition. Their battles will be won or lost based on how well they train on what they have, how much unit-level capacity they develop, and how well they maintain their tanks.

Flatly stated, Zelensky’s war against Russia will not turn on whether or not he gets Abrams and Leopards.