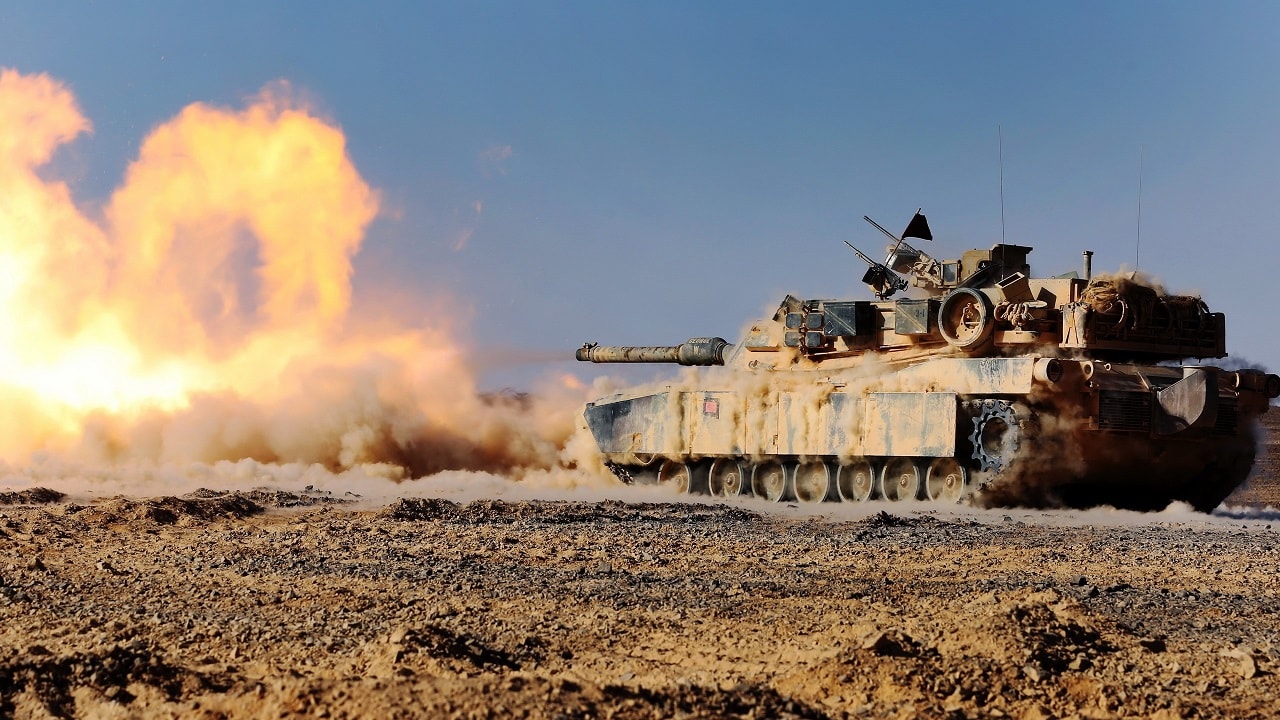 Editor’s Note: This is part III of a three-part series. You can read part I here and part II here. President Joe Biden formally announced on Wednesday the U.S. will send 31 of the feared M1 Abrams tanks to Ukraine, clearing the way for Berlin to send Kyiv its formidable Leopard 2 tanks. NATO Secretary General Jens Stoltenberg hailed the decision, saying they will help Ukraine “win and prevail” over Russia. This last in a three-part series examines how modern tank warfare works and reveals that it will likely be late in 2023 before Ukraine can realistically expect to employ its new armor effectively.

It will be far more challenging than many believe for the Ukrainian Armed Forces to translate these modern NATO tanks into an effective offensive force that is strong enough to drive Putin’s army out of Ukraine. Taking the emotion out of the equation, a cold, thorough military analysis of the factors at play leads to the conclusion that the odds are stacked against Ukraine to be able to field an effective force, possibly any time before this fall. There are very practical reasons for this conclusion.

The defensive is the stronger form of war and requires a far lower level of training to conduct it effectively. Holding a trench line or defending natural obstacles such as rivers, mountains, and lakes requires courage and a willingness to fight hard, and to have significant numbers of artillery and direct-fire weapons (to exert a high cost on the attackers). But it requires a comparatively modest level of coordination.

Ukraine has been waging one form or another of defensive warfare for almost nine years now, and has become quite skilled at preventing Russian breakthroughs. Since its initial thrusts were halted in March of last year, Russia, too, has had to focus on building strong defenses, and especially since the debacles of last fall, Russian forces, too, have become skilled at defending their side of the current line of contact.

Offensive warfare, in contrast, requires substantial firepower, courage, and tenacity, but also higher levels of soldier proficiency, training, and experience at the key officer and non-commissioned officer leader levels. It also takes demonstrated capacity for large-scale, highly coordinated maneuvering with large battlegroups. Those kinds of combat operations require considerable training, experience, and time to conduct physical rehearsals (field training exercises). But to win in armored battles, one does not always need to directly defeat the enemy tanks in direct combat.

The most efficient way to defeat an armored or mechanized thrust may be to destroy or disable its logistic trail. The Germans lost the famous World War II Battle of the Bulge, for example, in large measure because their tanks ran out of gas; entire fleets of tanks had to be abandoned in the field because the Allies had destroyed Hitler’s fuel supplies. Likewise, the famous “Thunder Run” U.S. tank thrust into Baghdad in 2003 was a hair’s breadth away from being destroyed by Iraqi troops when the tanks almost ran out of fuel; only a heroic fuel run through enemy-infested roads saved the tanks.

Surprising to many, in the nearly year-long war in Ukraine there have been very few documented tank-on-tank engagements beyond a handful of tank duels. It is unclear, therefore, how even fully trained and proficient Ukrainian tank units will achieve this “game-changer” status many in the West claim will result from the presence of NATO tanks. There appears to be some belief in the West that U.S. and German tanks can’t be defeated by Russian armor. Some might be forgiven for thinking this way, as evidence appears to suggest that Western tanks have been almost impervious to Soviet-era armor.

In Desert Storm, there were reportedly zero M1A1 Abrams tanks destroyed by Iraqi T72 tanks, while Saddam’s forces lost upwards of 3,000 total tanks. Similar disparities were observed in the maneuver phases of Operation Iraqi Freedom. But those gross imbalances were due to two compounding factors: superior U.S. equipment operated by highly trained individuals and units, and nearly incompetent Iraqi tank crewmen hobbled by an almost non-existent maintenance system. But the truth is, even modern U.S., German, British, and French tanks are not bullet-proof and can be destroyed in combat.

Russian anti-tank guided missiles (ATGMs), 125mm tank main gun rounds (from T72 and above tanks), rockets, powerful drones, and heavy artillery all have the capacity to disable or destroy NATO tanks. As important, the logistics and maintenance requirements for modern tanks require a robust and well-stocked system to keep the vehicles filled with fuel, stocked with ammunition, and stocked with large quantities of repair parts necessary to keep the behemoths running.

Retired Gen. Mark Hertling, former commander of the 1st Armored Division, explained in detail on a Twitter thread the real challenges that any country must master if it wants to field an effective U.S. M1 Abrams tank force. It’s an extensive and complex process. The bottom line is that fielding a “game-changer” caliber NATO tank force is far more complex than merely possessing modern armored vehicles. If Ukraine wants to possess an armored fist equivalent to the one used by America in 1991 and 2003, they will have to pay the price required to build it, and that will take both assets, quality human capital, and above all, time.

When I fought in the tank battle of 73 Easting in 1991, our unit had conducted more than a year of intense training at the platoon, troop, and squadron level; that was augmented by another month of regimental-scale field training in Saudi Arabia before crossing the border to attack Iraqi armored units. We had every advantage, we had the most high-tech army on the planet at that time, and a virtual limitless amount of ammunition, fuel, and spare parts.

The Iraqi enemy we were fighting had effectively no navy, no air force, and antiquated and poorly maintained Soviet equipment. They had been demoralized by the inept military leadership of Saddam Hussein, led in the field by poorly trained commanders, and whose crewmembers had abysmal gunnery skills – not to mention they had been subjected to virtual round-the-clock bombing by our allied air forces for over a month.

Combined with the fact the battlefields were wide open and offered virtually nothing to hide behind, the outcome was ordained before the first shot was fired. Ukraine, on the other hand, has none of the advantages we had.

Zelensky’s forces have a large mish-mash of military equipment from many different countries, covering the range of a handful of very modern gear to large numbers of badly antiquated kits. They have no inherent/domestic maintenance or supply systems, and no ability to manufacture their own ammunition, shells, or rockets. They have a constantly depleting troop base from which to man their units – and though additional rounds of mobilization can fill hundreds of thousands of uniforms for men to serve as ground troopers, it is impossible to “grow” or manufacture leaders with experience; that can only be obtained with the passage of time.

Lastly, while Russia clearly has capacity and personnel problems of its own, it is nowhere near as incompetent as Iraq was in 1991 and 2003 and does have a powerful missile force, an air force of some capacity, and a navy that has been relentless in launching missiles throughout the war. Further, they have the domestic capacity to produce and repair armored vehicles, manufacture tank and artillery shells, and a wobbly, but still functioning, logistic system – and the ability to maintain an army of up to half a million men in the battle zone.

Bottom Line on Those Tanks

The West may give Ukraine many modern weapons, but the fundamentals of military operations are such that Ukraine is unlikely to convert this gear and their human capital into an effective offensive force in the foreseeable future; probably years down the line at best. Many elements of preparation can be shortened, adjusted, or curtailed. Any single shortcut might not have a decisive impact.

But when many and major elements of the components necessary to form strong offensive units are cut short or omitted altogether, there is little foundation upon which to hope for the emergence of a NATO-like armored capacity in Ukraine this spring. If Kyiv can continue to show resolve and prevent any major Russian penetrations this winter and spring – while building combat power out of contact (either in other countries or in western Ukraine) – they may be able to build meaningful offensive capacity by late 2023.