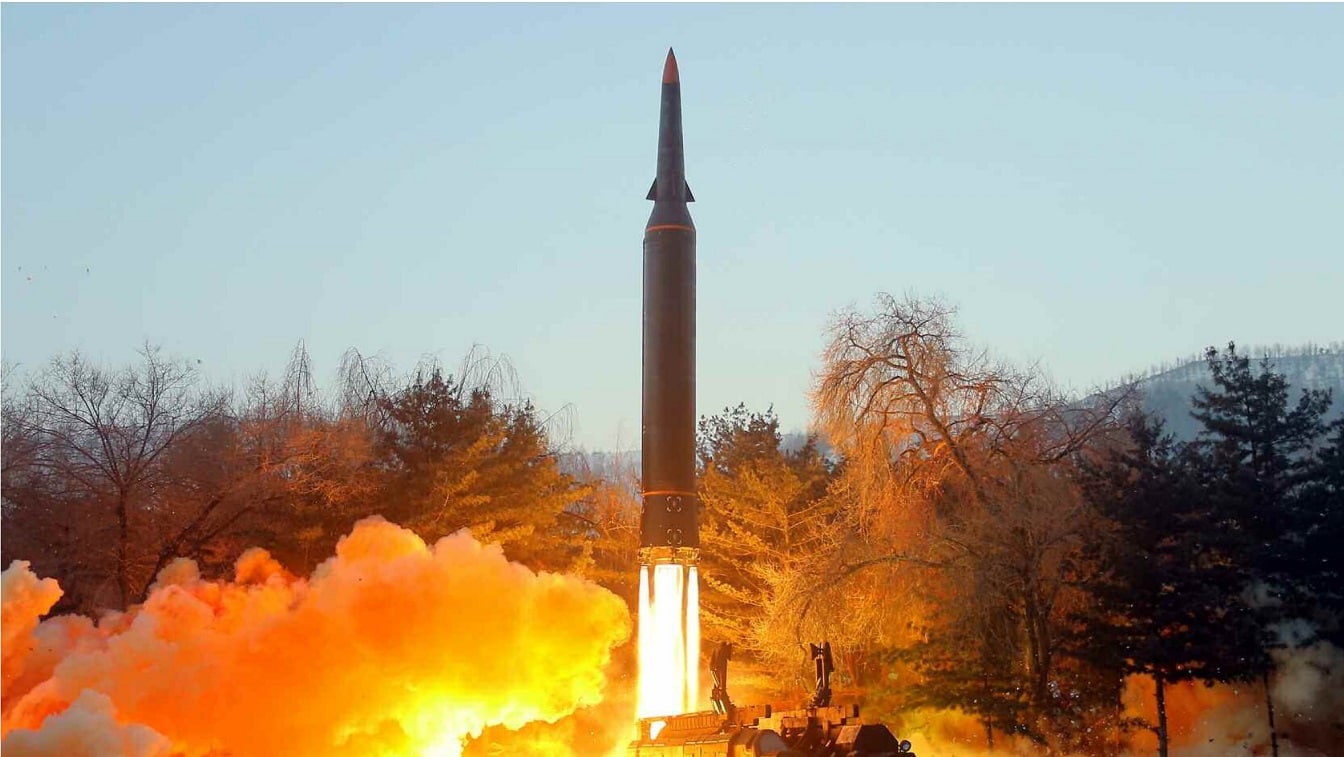 Kim Jong Un’s 2022 was quite a year. North Korea set a new annual record for missile launches.  Short-range, medium range and intercontinental range devices were all included. These are often called “tests” in the news media, but perhaps “demonstration” is a more accurate term. No other similarly armed nation goes to the expense of such repeated “tests”.

These demonstrations support both North Korea’s illicit arms sales trade as well as coercing their near neighbors and the international community in general. Kim also urged his country to exponentially increase its nuclear arsenal and mass-produce tactical nuclear weapons able to strike within South Korean territory, labeling South Korea as an “undoubted enemy” at a key party meeting, according to North Korean state media.  South Korea’s “undoubted enemy” designation may be an apparent additional qualification beyond the traditional “puppet” charge.

Chairman Kim ramped up his coercion capability by declaring a lower threshold for using nuclear weapons. He declared that these weapons could be used pre-emptively and offensively, to win a war.

New conventional capabilities were also demonstrated. In late December, five North Korean unmanned aerial systems – drones – entered South Korean airspace. This was an escalation from similar incidents years ago with smaller, cruder, more modest aircraft. The South Korean military was challenged to maintain a track on these five aerial systems, leading to a formal apology by the South Korean military.  It looks like work needs to be done by South Korea and the U.S., within our Combined Forces Command as well as the UN Command, to ensure we can detect and intercept these unmanned craft. Policy as well as military capability must be developed and deployed.

President Yoon of South Korea and his government reacted to the newly announced and perhaps enhanced nuclear threat.  resident Yoon suggested that the U.S. and South Korea were already discussing joint planning for military drills that would involve nuclear assets. At the same time, the United States confirmed only that it is in discussion with Seoul about other various military matters apart from joint nuclear exercises.  The latest developments come as South Korea seeks to expand the scope of ‘extended deterrence’ against North Korean threats provided by the U.S., which includes American conventional and nuclear forces. It is unclear if the “military drills” cited were a conference call, tabletop discussions, paper wargames, or something else.

South Korea is not alone in its worries about confronting both conventional and nuclear coercion from North Korea and other like-minded countries. Nearly a year ago former Prime Minister Abe questioned if Japan should seek a nuclear sharing arrangement similar to NATO’s nuclear deterrence policy.  The same question has been asked by South Korea in many unofficial venues since the rise of North Korea’s nuclear capability. Shortly after leaving government service in 2011, I gave a speech at South Korea’s military academy. The first question from a cadet asked about South Korea acquiring nuclear weapons.

Effective deterrence across our alliances demands trust and confidence from senior government officials. More importantly, it demands support from the affected population.  There is likely little military utility to be had by putting nuclear weapons in Korea. There are likely to be some significant financial and material disadvantages.  But political necessity may eclipse military logic. Our Cold War history in Europe shows that this would not be the first time political requirements assumed primacy. If we reach the point where nuclear weapons stationed in Korea are needed to maintain public confidence, then that must be done. But they must be U.S. weapons, under U.S. control.

Conventional deterrence is directly connected to nuclear deterrence. This is clarified in the definition of “extended deterrence” above.  The mandate is “to deter and, if necessary, to respond across the spectrum of potential nuclear and non-nuclear scenarios in defense of allies and partners.”  North Korea’s continued demonstration of short and medium range missiles communicates an ability to attack key civilian and military targets with minimal warning. Moreover, according to RAND Corporation research, “North Korea maintains nearly 6,000 artillery systems within range of major South Korean population centers, which it could use to kill many thousands in just an hour, even without resorting to chemical or nuclear weapons.”

Seoul’s incredible growth, largely represented in towering, shining skyscrapers and multitudes of people in cars, on motorbikes, scooters, and even walking, produce massive traffic flows. It seems like metro Seoul’s 10 million plus population is always on the move.  A conventional attack could easily produce mass destruction. The three battles for a much smaller, far less populated Seoul in the early 1950s are well documented in large pictures in the Ministry of Foreign Affairs. North Korea’s newly demonstrated unmanned aerial systems capability has obvious utility in counter-value strikes on the South Korean population and infrastructure.  Thus, even relatively modest conventional capabilities, connected to massive artillery capable of mass destruction, and the emergent nuclear threat, pose significant policy and strategy questions.

North Korea enjoys a unique relationship with the autocratic countries on its borders, China, and Russia.  It provides certain benefits to its neighbors, who will work to ensure North Korea’s continued existence in its present form.  Countering that demands the best efforts of all democratic nations.

Fortunately, we see early signs of growth in the trade, economic, and security policies and strategies of leading democratic nations, the U.S., Korea, Japan, Australia, India, the Philippines, and others. South Korea’s “three-axis system and establishment of a “strategic command” by 2024 is a leading example of a comprehensive deterrent policy and strategy. Now is not too early to integrate all the elements of national power among nations with similar values to manage a challenge to all of us.