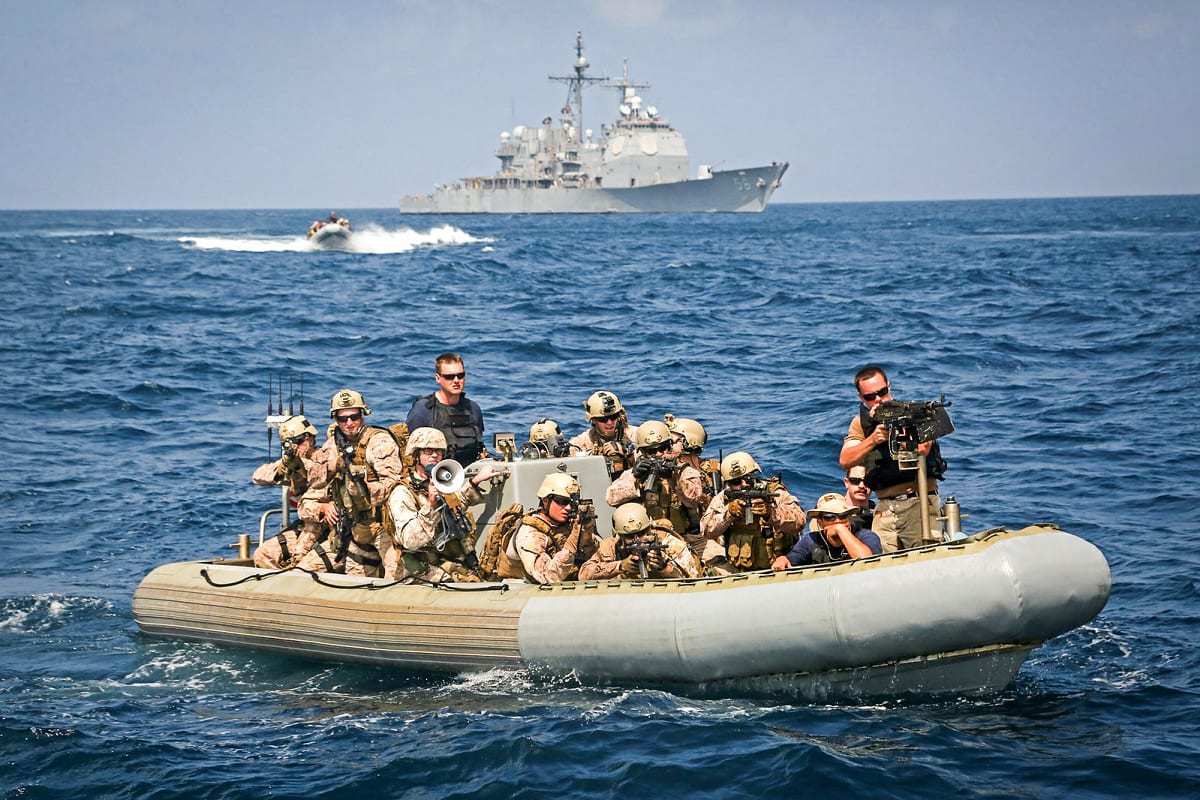 19FortyFive is about change. We normally think of institutional culture as an impediment to healthful change, and oftentimes it is. Bureaucracies are machines designed to mass-produce a set repertoire of tasks under predictable conditions, time after time. Machines do not readily reinvent themselves, while running, when the operating environment changes around them. Stasis tends to prevail. But bureaucracy isn’t always such an imposing barrier. Sometimes an institution husbands a culture centered on beneficial change. Change is the reigning culture. Such a body finds remaking institutional practices when circumstances metamorphose around it less of an ordeal than is normally the case in human affairs.

Case in point: the U.S. Marine Corps. The Marine Corps is about to replace its eight-week Rifleman Course for junior infantrymen with a seventeen-week Infantry Marine Course. Some of that extra time will go to . . . chess! You don’t normally associate the game of kings with devil dogs who show up on foreign battlegrounds, take a walloping, get advised to retreat, and retort: “Retreat, hell! We just got here.”

Sort of—which is the point of reinventing infantry training. According to marine spokesmen, entry-level training traditionally produces “automations” with technical skills for specific tactical situations. Since taking over as Marine Corps commandant last year, however, General David Berger has been pushing concepts bearing titles like Littoral Operations in a Contested Environment and Expeditionary Advanced Base Operations. The common denominator among these concepts, as with the U.S. Navy’s Distributed Maritime Operations initiative, is that bulky battle forces need to break down into smaller, more numerous, missile-armed units that are tough to detect, track, and target amid the cluttered geography of maritime Asia and other likely combat zones.

Such a force can dish out heavy punishment against the likes of China’s People’s Liberation Army Navy. It’s also resilient. Losing a guided-missile cruiser or a large amphibious transport packed with marines is a big deal. A force can absorb the loss of a small surface combatant or a company of marines and fight on. Which is the point: to take the enemy’s heaviest punch and punch back harder.

But shrinking and multiplying units puts a premium on individual leadership and tactical savvy. The greenest private might see a course of action more seasoned marines miss. Casualties might force junior folk to take up leadership duties beyond their years. Accordingly, it behooves the sea services to extend the blessings of education throughout the ranks rather than settle for making entry-level marines and sailors technical specialists and little else.

The Marine Corps wants to groom a generation of freethinkers to augment its battle competence. 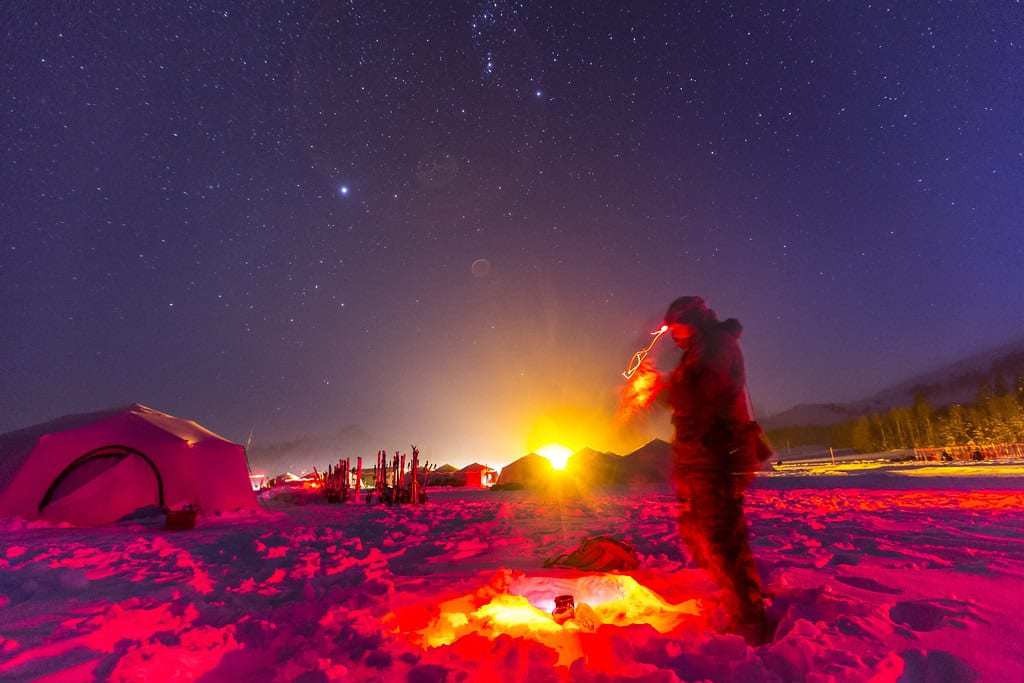 Doubling training time helps. So does marinating newcomers to the infantry in gamesmanship. Chess is not war, obviously, but it is a competitive, interactive enterprise waged against an imaginative player intent on victory. It displays the same basic characteristics as war. Like military forces, chess pieces have different maneuver schemes and combat power. Adding chess to infantry training will provide little direct insight into soldiering. Pursued inventively, it will steep youthful marines in habits of mind and deed valuable on real-world battlefields.

Or not. Notes the Infantry Training Battalion commander at Camp Pendleton, Lieutenant Colonel Walter Koury: “This could fail massively.” But, adds Koury, “we don’t just want to keep doing the same thing we’ve been doing.” These are the words of an innovator. Sometimes progress is the handiwork of individual or collective genius. More often it comes through trial and error. Try something that makes sense, keep what works, learn from the parts that don’t work, and improve the product for future experiments.

Failure is an option; in fact, it’s a virtue.

What makes big bureaucratic institutions innovative? Some specialists depict innovation as a product of “mavericks” willing to risk their careers to advance good ideas in the face of bureaucratic resistance. Others maintain that influential outsiders—typically political appointees or Congress—must thrust new concepts upon martial bureaucracies. Still, others see enlightened senior uniformed senior leadership as the key determinant.

There’s probably no one-size-fits-all catalyst for change. Still, studying the Marine Corps example yields insight. Admiral J. C. Wylie maintains that the domain where a military service operates molds service members’ assumptions about the profession of arms. Air forces assume the ability to bombard targets from the air is the goal of military strategy; groundpounders lay great weight on decisive land battles; navies put the accent on commanding important waters. Transcribed into doctrine, rules, and regulations, these fundamental assumptions work against the dynamism that sparks innovation.

Wylie’s claim applies to the U.S. Marine Corps only in part. History helps account for the marines’ hybrid culture. As the smallest U.S. military service, and with its outward resemblance to the U.S. Army, the Marine Corps sees itself as constantly bestriding death ground. In other words, it faces institutional extinction at the hands of budget cutters in Washington. The prospect of being considered—and made—redundant engages the survival instinct. Doing whatever odd jobs the armed forces need doing—waging small wars in the Caribbean during interwar decades, or seizing advanced bases in World War II—is the corps’ way of averting death. Flexibility is graven on marine culture.

That the nation needs a Swiss army knife isn’t bad as fixed assumptions go. It attenuates the dogma that typifies individual combat domains and helps stimulate needful change. Marine Corps magnates, moreover, insist that every marine is a rifleman. Everything the service does—including in the aerial and saltwater domains—supports the efforts of infantrymen on the surface. That remains true whether marines are trudging through dusty Afghanistan or leaping from island to island in the Western Pacific. Keeping the infantry central concentrates attention on the surface—but it’s the hybrid surface environment where joint land/sea operations unspool with air support.

James Holmes is J. C. Wylie Chair of Maritime Strategy at the U.S. Naval War College and a Contributing Editor at 19FortyFive. The views voiced here are his alone.