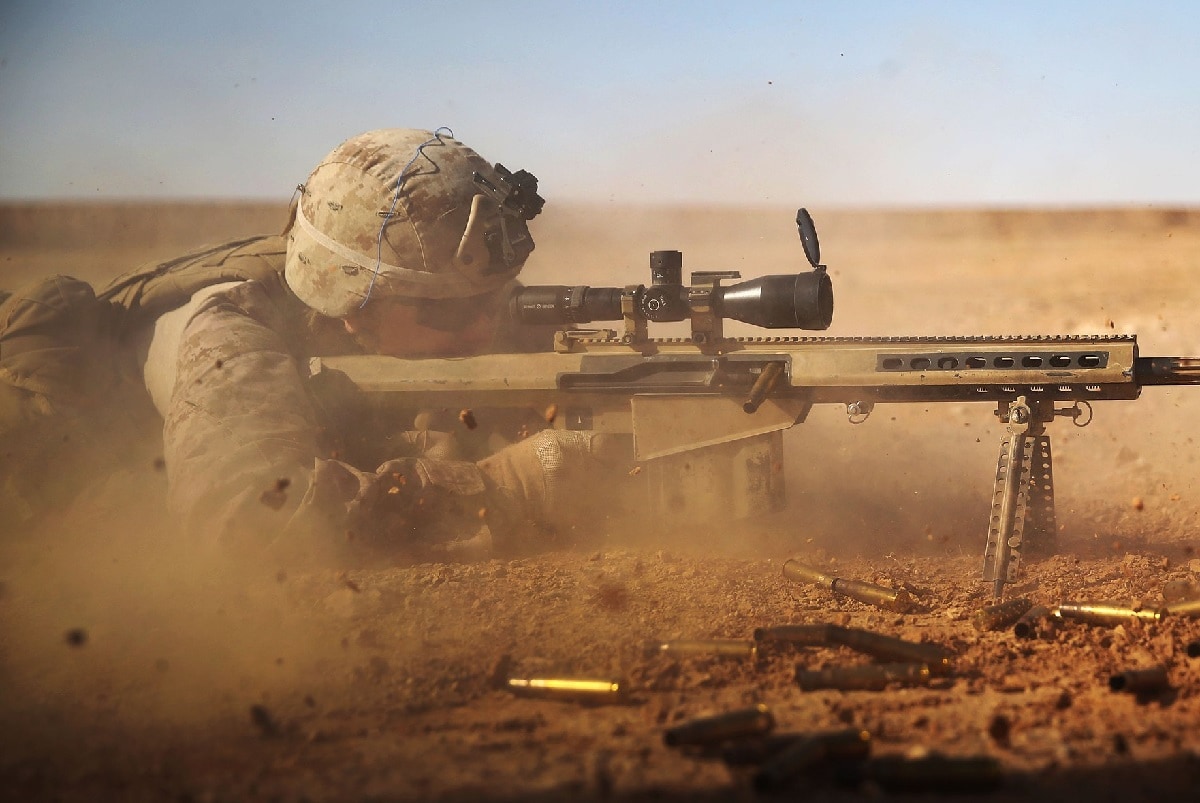 A tool is only as useful as the person who uses it, and when it comes to military small arms a weapon is only as deadly as the shooter who fires it. Give the most refined marksmen rifle to an untrained individual and it won’t turn that person into a sniper.

While it will always be the shooter, not the firearm that scores the kills, some rifles have become legendary for how their trained users were able to make such impressive shots.

With that said, here is my list of the top five most deadly sniper rifles of all time. Disagree? Let me know in the comments below as I would love to know what you might have picked.

To many the Mosin-Nagant is just a run of the mill bolt action rifle, and anyone who has attended a large gun show in the past 20 years has likely seen plenty of surplus models looking for a buyer. That’s because more than 37 million were produced since the rifle’s inception in 1891. However, it proved to be rugged, reliable and even with very little cleaning and maintenance continued to work in the harshest of conditions. 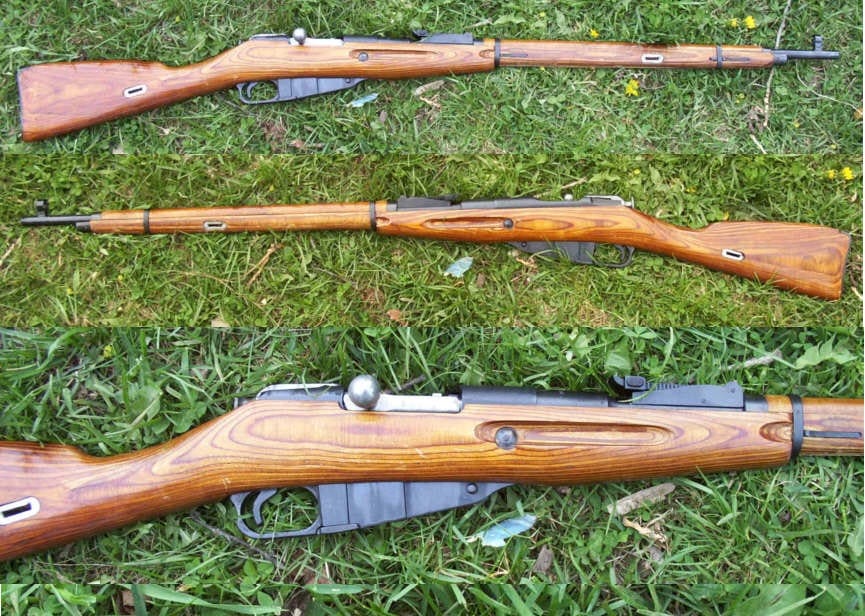 None of that actually speaks well of what a sniper would want to use exactly, but during the Second World War a specially-modified version – that included reconfigured handles to allow for the use of a telescopic sight along with lighter triggers – made it an ideal sniper weapon. While Soviet snipers such as Vasily Zaytsev, Roza Shanina and Lyudmila Pavlichenko could have used the semi-automatic SVT-40, they opted for the faithful Mosin-Nagant.

Anyone who has played a first-person shooter video game set in the modern era knows the SVD Dragunov, a semi-automatic designated marksman rifle that is chambered in 7.62x54mmR. Technically not a “sniper rifle” as it was designed as a squad weapon; the Dragunov was the mainstay ranged infantry weapon of the Soviet Red Army since it was introduced in 1963. 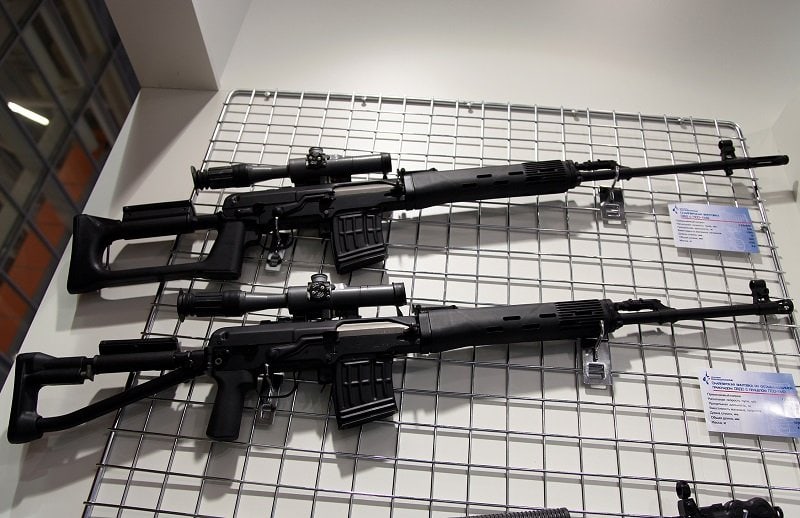 The gas-operated, semi-automatic rifle was designed to engage different types of targets within a range of 1,200 meters. Easy to use, maintain and repair, it has been used throughout the world not only by trained marksmen but by insurgents and militants around the globe – and with minimal training could give an advantage to those paramilitary forces. In early 2020 the Russian military received the most updated version, which could make the weapon even deadlier in the right (or more accurately wrong) hands.

This semi-automatic anti-material rifle was designed and developed by the Barrett Firearms Manufacturing Company to fire the .50 BMG round used in the Browning M2 machine gun – and that makes the M82 one Big Mean Gun! Designated the M107 and fitted with a 10x magnification scope, its primary use is to take out hard targets including parked aircraft, radar units, trucks and other important/expensive assets at an extremely long range. 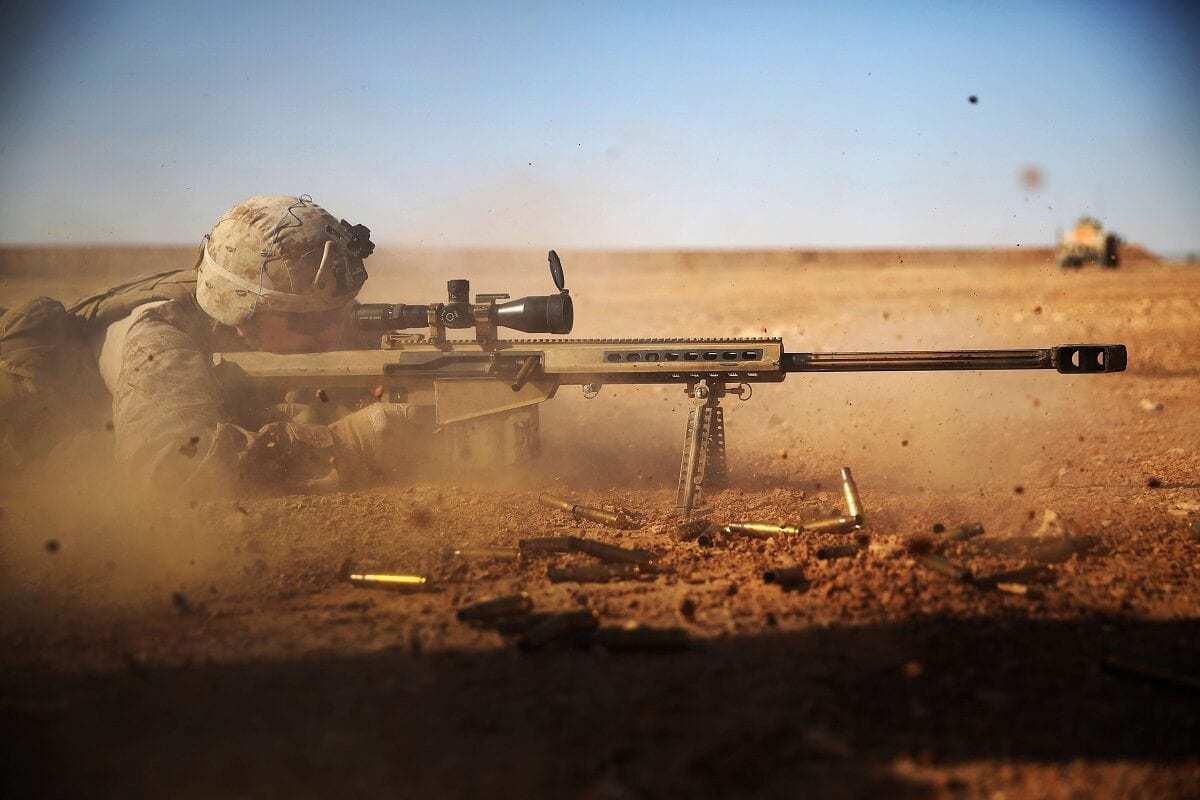 However, it could also neutralize enemy snipers at standoff range better than practically any other rifle on the planet. Even those hiding between bricks and concrete wouldn’t be safe if a shooter took aim with a Barrett.

The Austrian-made Steyr Scharfschutzengewehr 69, or SSG 69, may look like a simple high-end hunting rifle but in fact it was designed specifically for military and law enforcement. The bolt action SSG 69 was among the first to utilize synthetic materials for its stock, while it also employs a detachable rotary magazine, which is also transparent, allowing the shooter to see how many rounds are loaded.

The compact and lightweight rifle has been used throughout the world for more than 40 years, and it has seen use in numerous conflicts.  Production only ceased in 2015, when it was succeeded by the more modern SSG 08, but the SSG 69 remains one of the most deadly for its ease of use and simple design. There may be more modern and ergonomic rifles, but the prolific SSG 69 was and is a classic and that’s hard to top.

Here is a weapon you aren’t likely to find on other “top sniper rifle” lists – and that’s because it was used well before the term “sniper” entered our modern lexicon. Developed in the 1850s, the English-made Whitworth was a single-shot rifled musket muzzleloader, and it was renowned for its extreme long-range for its era. Reportedly one was almost used to kill President Abraham Lincoln in 1864 during the American Civil War, but the President stepped out the line of sight just a moment before the Confederate marksman was about pull the trigger.

While Lincoln wasn’t shot by a Whitworth, many others were during the American Civil War as the rifle was prized by Confederate marksmen. Fitted with a telescopic sight, it has been regarded to be the original “sniper rifle” and that made it extremely deadly.

Simply put, a good shot with a Whitworth could take out targets and barely need to take cover as it was simply unlikely the enemy could hope to successfully return fire. That should certainly make the Whitworth, which was considered to be the best rifle of its time in terms of accuracy, among the most deadly sniper weapons ever!