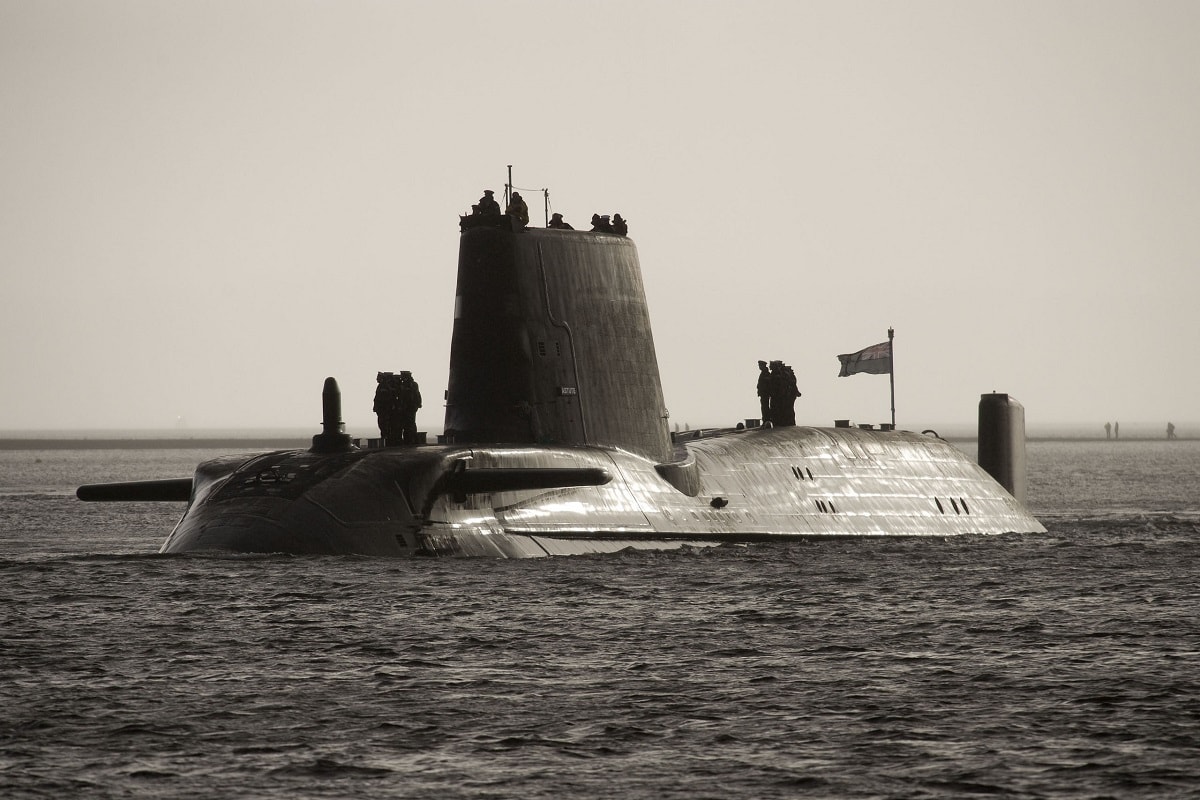 The fifth Astute-class attack submarine was launched this week at the BAE Systems site in Barrow-in-Furness, Cumbria, the company announced earlier this month.

The vessel emerged from the Devonshire Dock Hall and entered the water for the first time. The 7,400-tonne nuclear-powered submarine was officially named HMS Anson at a ceremony last December.

“The launch marks an important milestone in the Astute programme and seeing Anson enter the water at such an advanced state is a tangible demonstration of everyone’s hard work over the years,” said Steve Timms, managing director BAE Systems Submarines.

“Designing and building nuclear-powered submarines is a national endeavour and days like this bring a huge sense of pride for our workforce, our partners in the submarine enterprise and our UK supply chain, not to mention our communities,” Timms added. “We now look forward to a successful test and commissioning phase and working alongside Anson’s crew to prepare the submarine for operations with the Royal Navy.”

The event was also a special moment for the Barrow shipyard, which is celebrating its 150th year in operation, during which it has maintained a long and proud relationship with the Royal Navy.

The Astute-class boats are the largest and most advanced attack submarines ever constructed for the Royal Navy. Each of the submarines costs a reported £1.6 billion to build. The class was the first of nuclear submarines worldwide to be designed in a 3D computer-aided environment, while the boats have been outfitted with many technological firsts, including not having an optical periscope. Instead, high specification video technology has been employed, which enables the crew to scan the horizon and get a 360-degree view to address potential threats.

Each measures 97meters long (32-feet), and the boats of the class are powered by a Rolls-Royce PWR2 (Core H) reactor and fitted with a pump-jet propulsor, the same reactor that was developed for the Vanguard-class ballistic missile submarines. The nuclear reactor, which powers the submarines and has a twenty-five-year lifespan before needing to be refueled, can be used to recycle air and water. This provides a theoretically unlimited endurance for the submarine, which could circumnavigate the globe without surfacing.

Additionally, unlike other nuclear-powered submarines, the Astute-class was developed to utilize state-of-the-art anti-acoustic tiles, which reportedly allow the vessels to glide through the water almost silently. The little noise the submarines give off has been compared to that of a “baby dolphin.”

The first four submarines in the class, HMS Astute, HMS Ambush, HMS Artful and HMS Audacious, have been handed over to the Royal Navy, while two additional boats currently under construction at our Barrow site.

HMS Anson will soon begin the next phase of test and commissioning, before she leaves Barrow for sea trials next year.