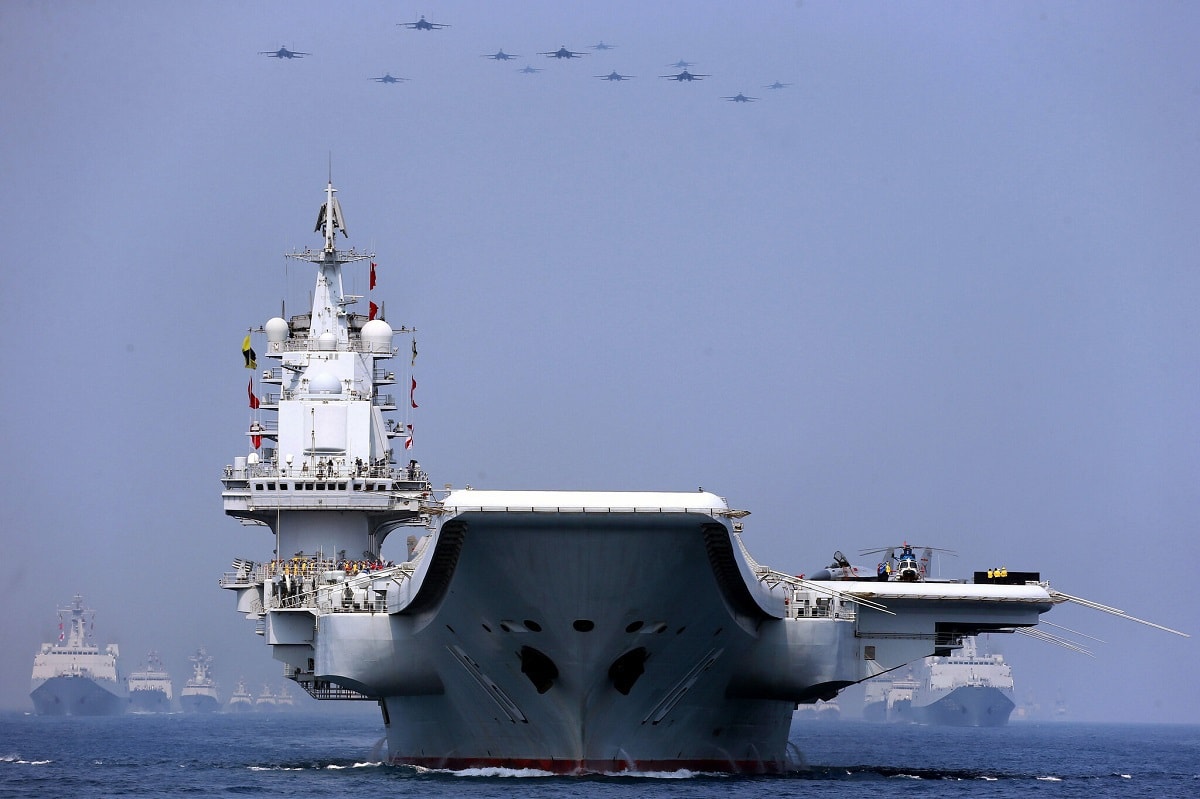 A common refrain in these pixels is that strategic competition is an armed debate in which debaters—great powers, usually—flourish implements of war in an impressive way to mold opinion among audiences that matter. Positioning oneself as the stronger contender in the minds of influential observers helps cow opponents give heart to allies and partners, win new allies to the cause, and rally the faithful back home.

Naval maneuvers figure prominently in such martial debates. This week the People’s Liberation Army Navy aircraft carrier Liaoning and its escorts transited the Miyako Strait south of Okinawa, bound for the Western Pacific high seas. What debating points was the Chinese Communist Party trying to make? Two are apparent. PLA Navy commanders are sending the message that China has joined the naval-aviation club in a major way. Carriers are bearers of “China’s dream” of national rejuvenation following the country’s long “century of humiliation” at the hands of imperial powers. Honor is satisfied.

And on a more functional level, the cruise of Liaoning & Co. announces that the PLA Navy can break out of the China seas into the Western Pacific as necessary. Miyako Strait is the Chinese navy’s passage of choice into the broad Pacific, and it’s a passage the United States and its allies might obstruct in wartime—penning up the PLA Navy within the first island chain via a distant blockade. Beijing is broadcasting that China’s naval and military fleets will not be confined to home waters should the contenders resort to arms in some dispute, presumably over the Senkaku Islands, Taiwan Strait, or the South China Sea. This is a message of defiance aimed at Washington, Tokyo, and other allied capitals.

Meanwhile the French Navy amphibious assault ship Tonnerre—in effect an aircraft carrier for helicopters—made two debating points of its own this week in the Indian Ocean. Accompanied by frigate Surcouf, Tonnere is heading up the second “La Perouse” exercise, a maneuver that brings together the French Navy with forces representing the “Quad,” or Quadrilateral Security Dialogue. India, Australia, Japan, and the United States make up the Quad. By demonstrating their ability to work and fight together, the partners are issuing a statement about combat capability at sea.

La Perouse is also making a point about solidarity among democratic seafaring nations vis-à-vis an increasingly bellicose China. It was heartwarming when India signed onto the Quad, as India and the United States had a none-too-friendly past during the Cold War. The partners are putting that history behind them now, thanks largely to China. And when European navies like the French Navy and Royal Navy put in an appearance east of Suez, they telegraph the message that Europeans take an interest in what happens along the southern and eastern shores of Eurasia and have the capability to do something to defend the common good. They see the waters ringing Eurasia as a unified body of water—all of which engages European interests.

The Quad and its informal partners now deploy what I’ve taken to calling a “democratic armada.” Multinational high-seas exercises show that partner fleets can operate together in unison on the operational level while democratic governments and societies stand together on the political level. Conduct such maneuvers regularly and impressively and liberal societies can hope to deter China while giving beleaguered Asian peoples the confidence to stand up for their maritime rights.

Give me the Quad over the wretched hive of scum and villainy that China calls allies any day.

Advantage: France and the Quad nations.