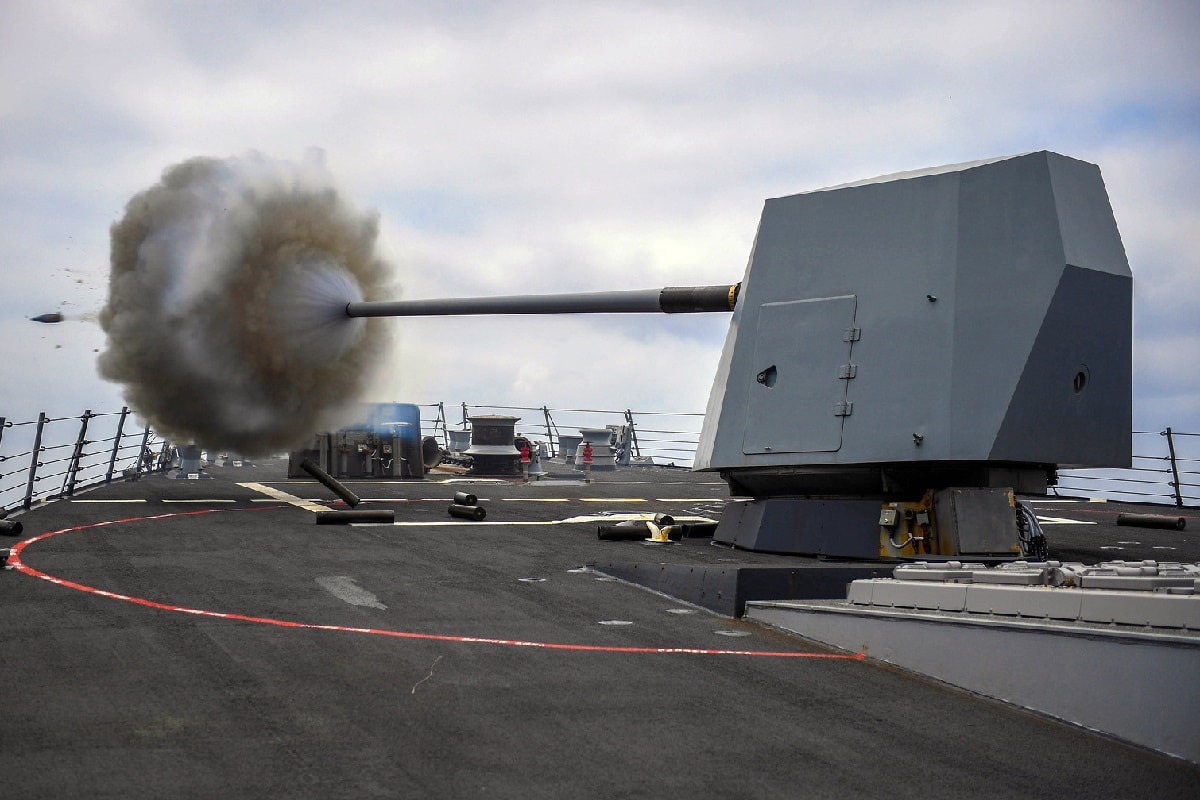 Senate Armed Services Chairman Jack Reed is not wrong when he urges fellow lawmakers and the U.S. Navy to concentrate their fleet-design efforts on fielding the right “capabilities” to win in combat rather than obsess over “arbitrary” numbers of ships, warplanes, or armaments. Speaking at the Ronald Reagan Institute this week, Senator Reed listed “complete uninterruptible connectivity” among fleet units as such a capability. He also said the navy should rebalance its inventory to encompass more and more autonomous platforms and fewer crewed ships of war.

He contended such a force redesign would amplify deterrence while cutting costs. This marks a departure from recent years, when the Trump administration and Congress fixed the target fleet size at 355 ships. That equates to a mandate to boost the number of hulls by 20 percent beyond today’s 296-ship fleet.

Again, Reed is not wrong. But beware. The likeliest victor at sea is the combatant able to mass the most ordnance at the scene of action when battle occurs.

How do you judge that? For Prussian master Carl von Clausewitz it’s crucial to make the force “very strong,” not just on the whole but “at the decisive point.” Even a weaker force might make itself stronger at a particular place and time relative to hostile forces present at that place and time. Captain Alfred Thayer Mahan exhorts fleet designers to center the battle force on vessels endowed with a “due proportion of defensive and offensive powers” that suits them for “taking and giving hard knocks” against the fraction of enemy forces likely to appear on the scene.

But things soon blur amid today’s ultramodern surroundings. Nowadays the delivery system for firepower at sea need not be a fighting ship or shipborne aircraft. In fact, Communist China has founded its maritime strategy on using planes and missiles launched from Fortress China to back up the PLA Navy’s fleet on the high seas. It substitutes land-based for sea-based firepower—making for an intensely joint variety of sea power. Ship counts alone are not an accurate measure of Chinese—or American—sea power.

Capability is more abstract and harder to count despite how much it counts. A world of mischief skulks in the ambiguity that pervades efforts to gauge whether a given capability is sufficient. Numbers of ships may be arbitrary, as Reed maintains. So is capability unless senior leaders remain watchful. More so, maybe.

For the Pentagon, a capability isn’t a piece of kit, even though defense specialists have a lamentable habit of using the terms interchangeably. Instead, a capability is “the ability to complete a task or execute a course of action under specified conditions and level of performance.” Determining whether an unmanned surface or subsurface craft should qualify as a ship for counting purposes is a relatively straightforward matter. If it can perform the duties of a manned ship, it’s a ship. QED.

Measuring capability, by contrast, is an ambiguous process vulnerable to fudge factors that warp reality. Determining the “specified conditions and level of performance” a force must attain to achieve a capability is highly subjective—and thus susceptible to human biases and perverse incentives of all kinds. Budgetary figures, competing priorities, and bureaucratic interests number prominently among these incentives. Wargames and maneuvers remain the best methods for assessing capability—but as Clausewitz notes, they’re a poor substitute for honing martial capability in peacetime. It’s hard to replicate battlefield conditions to ensure a realistic test.

In other words, it’s easy to skew the results of a wargame or exercise, deliberately or not, by adjusting the rules of the game—the assumptions and other parameters by which it’s played.

If game overseers or their superiors have a particular outcome in mind, the game has a curious way of producing it. Then they pronounce the capability satisfactory. Only when war pronounces its own verdict—the final and unforgiving verdict—can a service know whether prewar assessment efforts succeeded. Accordingly, it’s up to lawmakers like Senator Reed and civilian and uniformed sea-service chieftains to demand the utmost in rigor from the vetting process.

And lastly, it’s worth noting that numbers are capability in a real sense for the contemporary sea services. The navy’s “distributed maritime operations” concept is premised on breaking the fleet’s combat power down among numerous smaller platforms, on the logic that the smaller the percentage of total fighting strength that’s concentrated in a single hull, the less grave the setback should that hull be lost to enemy action. Marines envision using plentiful “light amphibious warships” to ferry missile-armed small units from island to island to make things tough on enemy fleets that venture within reach. In this setting quantity increasingly has a quality all its own. The more hulls the better.

Since Reed was addressing the Ronald Reagan Institute, maybe it would be fitting for the U.S. Navy’s superintendents to borrow a one-liner from the Gipper—rather than from Clausewitz, Mahan, or Einstein—as their credo for fleet design: