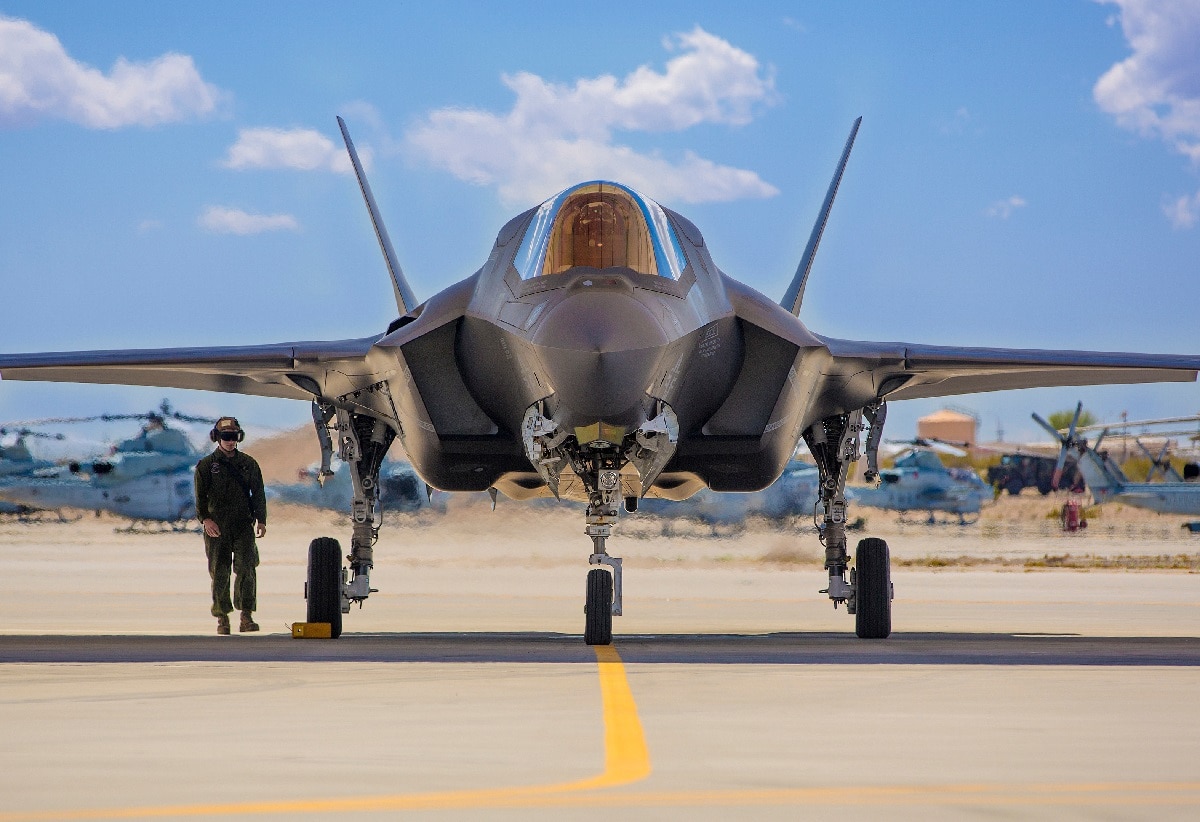 On Monday, a Royal Air Force (RAF) Lockheed Martin F-35B had reportedly monitored a Russian naval task force engaged in maneuvers in the Mediterranean Sea. Video taken by the Russian warships was reported to show the F-35B, the short/vertical takeoff and landing (S/VTOL) variant of the Joint Strike Fighter, overhead of the Russian flotilla.

According to Russian sources, the aircraft was reported to have been deployed from the Royal Navy’s flagship aircraft carrier HMS Queen Elizabeth, which began its maiden voyage just weeks ago. The carrier has the ability to transport upwards of forty of the fifth-generation stealth combat aircraft, and currently has embarked RAF 617 Squadron, “The Dambusters,” and the United States Marines Fighter Attack Squadron (VMFA) 211, “Wake Island Avengers.” Aircraft from each of the squadrons conducted combat operations in support of the UK’s anti-ISIS effort Operation Shader and the U.S. Operation Inherent Resolve.

The “lion’s share” of the sorties against Islamic State positions in Iraq were conducted by the RAF aircraft. Additionally, this marked the first time in more than a decade that aircraft from a Royal Navy carrier took part in a combat operation, and the first time since the Second World War that U.S. combat aircraft sortied from a British carrier.

The carrier is being escorted on its maiden voyage by a strike group that includes two destroyers, two frigates, a tanker and storage ships. The fleet is scheduled to visit more than forty nations including India, Japan, the Republic of Korea and Singapore – covering more than 26,000 nautical miles. The UK’s Ministry of Defence has described this deployment as “the largest concentration of maritime and air power to leave the UK in a generation.”

The latter is the Russian Navy’s only Mediterranean repair and replenishment facility, and it allows Russian naval warships to be serviced without requiring the trip back to the Black Sea bases via the Turkish straits. The facility was constructed in 1971, but until 2017, Russian official usage classified the installation as a Material-Technical Support Point and not a formal base.

Russia had deployed two of its Mikoyan MiG-31K combat aircraft to Syria – likely as a message to the UK as the aircraft is capable of carrying the hypersonic Kh-47M2 Kinzhal air-launched ballistic missile (ALBM).

If a showdown comes in the region, it would be up to the F-35s to stop the MiG-31Ks before they could put the “carrier killer” missiles to the ultimate test.