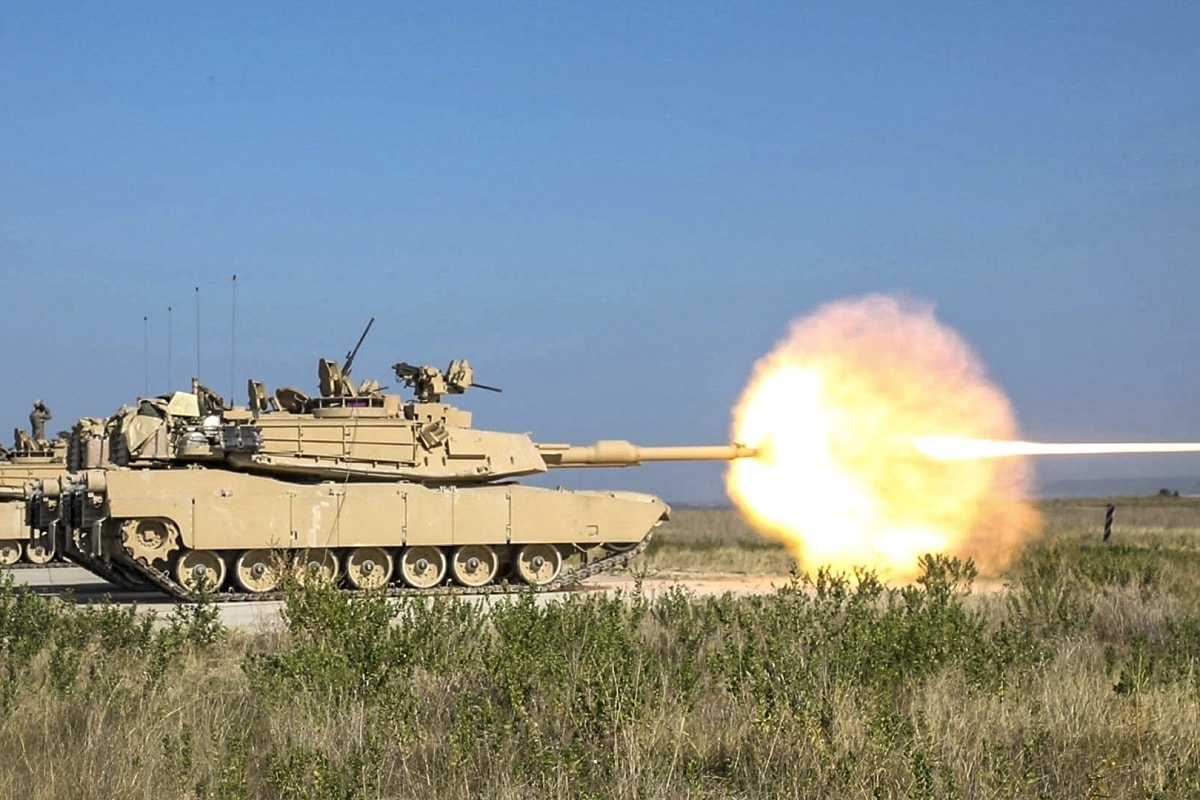 A litter over a century ago, the October Revolution in Russia would herald the establishment of the Soviet Union and the rise of communism as a global movement. However, the Bolsheviks’ power play resulted in years of warfare, civil and otherwise, with the remnants of the White Russian provisional government, their supporters amongst the Allied powers and rampaging local warlords across the vastness of imperial Russia.

Many have forgotten that more than thirteen thousand American soldiers battled the Bolsheviks in the Russian Civil War, and over four hundred would lay down their lives on frozen Arctic and Siberian battlefields, in an ill-conceived attempt to tilt the outcome of that conflict.

The Allied powers had dispatched considerable arms through the arctic ports of Murmansk and Arkhangelsk to assist the Russian Army in its hapless conflict with Imperial Germany. Now that Lenin was withdrawing Russia from World War I, the European powers wished to ensure the weapons and munitions didn’t fall into the hands of the Red Army . . . and if they might instead help the White Russians defeat the Communists, that would be just fine as far as they were concerned.

Paris and London cajoled President Woodrow Wilson into contributing a brigade-sized force to a multinational mission. The American consul in Arkhangelsk warned that any intervention would inevitably escalate, and that the White Russians were unlikely to prevail. Instead, Wilson ended up dispatching two separate expeditions.

The American North Russia Expeditionary Force (ANREF) comprised five thousand soldiers of the 339th Regiment drafted from Michigan, reinforced by engineers and support troops of the Eighty-Fifth Infantry Division. Diverted from service on the Western Front, the troops were issued Russian Mosin-Nagant Model 1891 bolt-action rifles, as ammunition for the type would be in more plentiful supply.

In theory, the Americans were only supposed to confiscate war material—not to take sides in the civil war. However, Red Army troops had already looted a good part of the Allied weapons cache in Arkhangelsk when an advance party of British troops and fifty sailors from the cruiser USS Olympia chased them away in August 1918.

The doughboys that followed in September were placed under British command, and launched on a six-week offensive that pushed back Red Army troops towards the River Dvina and the Vologda railhead. But U.S. troops were soon defending a series of strongpoints strung along the railway lines running to Murmansk and connecting Arkhangelsk to Vologda. Maintaining thousand-mile long supply lines was a formidable challenge accomplished by train, steamboats, reindeer-drawn sleds and horse-drawn carriages.

Though the British contributed only a modest number of troops, they had sent higher-ranking officers, whose aristocratic airs the doughboys resented. The U.S. troops got along better with the French and especially Canadian artillerymen. Civilians and White Russian allies were perceived as changing sides unexpectedly.

However, morale plunged in November 1918 as World War I officially came to an end with the armistice with Germany—while the troops from Michigan had to go on fighting Russians for reasons unclear to them. Then the infamous General Winter stepped in, bringing temperatures that could fall below 60 degrees Fahrenheit at night. Machine-gun coolant froze. Doughboys lost limbs to frostbite, while the wounded died of exposure on the battlefield. Members of I Company mutinied, their misery stoked by enemy leaflets. American soldiers began a writing letters and petitions to the White House, begging to be sent home.

The Red Army pounced. On November 11, 2,500 Bolsheviks, backed by gunboats and led by a “giant of a man” named Melochofski, assaulted a company of three hundred U.S. infantry in the village of Tulgas, two hundred miles south of Arkhangelsk, overrunning their hospital. In a three-day battle, Lewis machine guns and Canadian artillery pinned down the attackers in the southern half of the town; then American infantry led by Lt. John Cudahy launched a desperate surprise counterattack through the woods, causing the Reds to retreat.

But things did not go so well on January 1919, when three thousand Bolsheviks swarmed a thousand White Russians and an American infantry company of two hundred near Shenkursk. The former fled and abandoned their three-inch field guns, but Canadian artillerymen again stepped in to provide covering fire, though their commanding officer was mortally wounded. The Allies troops then retreated at night via an old logging trail.

Two months later, soldiers from E and H Company waded through hip-deep snow to assault the village of Bolshie Ozerki. The combined Allied force of two thousand eventually compelled seven thousand Red Army troops to disengage. But the cause of the White Russians was clearly crumbling.

Finally, two Railroad Transport Companies sailed into Murmansk in 1919. Rather than reinforcing the miserable Michiganders, their job was to operate the Arctic railway while the doughboys withdrew to the States. They had suffered 305 wounded and 244 dead—including eighty-one to disease, largely due to an influenza outbreak while transiting at sea. A VFW expedition in 1929 would later repatriate another hundred bodies.

The veterans, dubbing themselves the Polar Bear Expedition, formed a society to preserve the memory of their ordeal. You can read the preserved archives of their experience here.

In 1917, the Russian Army raised a forty-thousand-strong Czechoslovak Legion out of Czechs and a smaller number of Slovaks that sought independence for their nations from the Austro-Hungarian Empire. When the Bolsheviks sought to end hostilities with Germany, the Czechs at first negotiated to have themselves transported by train across Russia to Vladivostok for departure by sea. However, in May 1918 a dispute caused Leon Trotsky to order the legion to surrender while it was scattered across the sixth-thousand-mile-long Trans-Siberian Railway. Rather than turn themselves in, the legion’s men mutinied.

Wilson was sympathetic to the Czechs. Furthermore, there were six hundred thousand tons of war matériel in Vladivostok for the taking, and seventy-two thousand supposedly allied Japanese troops rampaging through the region in a grab for resource-rich Siberian territory. In August 1918, the U.S. president dispatched a second task force of 7,900 troops drawn principally from the Twenty-Seventh and Thirty-One Infantry Regiments and the Eighth Division, under the command of Maj. Gen. William S. Graves. Told to preserve the railroad and remain as neutral as possible, Graves was advised by the secretary of state, “You will be walking on eggs loaded with dynamite.”

The Siberian Expedition landed in the east Russian port city of Vladivostok, then in a state of chaos and anarchy. Graves discovered that the doughty Czechs were in little need of rescue, having proceeded to capture most of Siberia from the weak Red Army forces in the area, and even advanced westward to seize the imperial gold reserve in Kazan! Unlike the beleaguered White Russians in the northwest, the Czech offensive seemed to pose a serious threat to the Bolsheviks.

U.S. troops nonetheless set about their mission: securing the Trans-Siberian Railway so that the Czech Legion could make its exit—if it ever chose to do so. Small U.S. garrisons had to be strung out across the length of the railway line, continuously repairing it from sabotage undertaken by local partisans and fighting off hit-and-run raids.

The Russian winter also ravaged the Siberian Expedition. With the cold weather came Bolshevik counterattacks that began rolling the Czech Legion back one city at a time. However, Graves took remaining neutral seriously, and resisted launching offensive operations against the Bolsheviks. When Communist miners went on strike in the Suchan Valley in 1919, he refused to crack down on them—until a local leader threatened attacks on U.S. troops.

The doughboys in Siberia fought fewer major engagements, but were deployed significantly longer. The expedition did not withdraw until early in 1920, having suffered 189 deaths to all causes. While withdrawing, a platoon from M Company of the Twenty-Seventh defeated an attack by an armored train manned by eighty Cossacks at Posolskaya Station. By then, the newborn state of Czechoslovakia had been declared, and more than fifty-nine thousand soldiers of the Czech Legion were ready to forsake Russian conquests to return to a newly independent homeland.

Wilson’s intervention in the Russian Revolution was conceived with vague, limited goals that inevitably crept to encompass impossible ambitions. It was led astray working in cooperation with nominal allies that did not share the same objectives, fighting battles on behalf of local forces that were rapidly foundering. And it required relatively small numbers of American troops to hold vast swathes of inhospitable territory.

The Soviets later cited the U.S. intervention as yet another example of invasion from the West, adding the United States to a list of historical foes such as France, Germany, Sweden and Poland. The fumbling, small-scale expeditions surely amounted to something less than an all-out drive to overthrow the government in Moscow. Yet it provided early evidence that Russia and the United States were doomed to be intimately intertwined in each other’s affairs in the century to come.