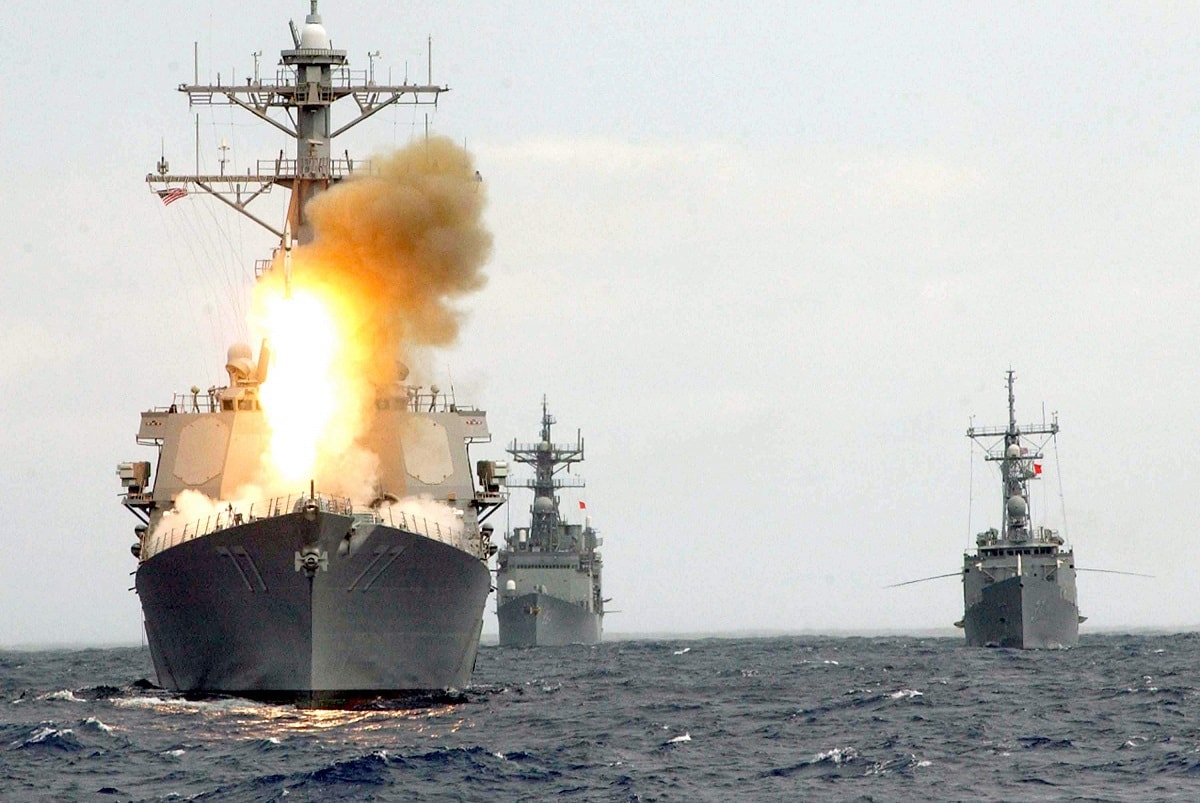 The perils of imprecise language obsessed George Orwell. Vague, abstract, or euphemistic language made it possible to entertain foolish thoughts. Foolish thoughts gave rise to even vaguer, more abstract, and more euphemistic language. And on and on the cycle toward decadence went. Even worse than inadvertent corruption of the English language was deliberate corruption meant to obscure political misdeeds or shroud them in righteousness. Orwell called willful obfuscation the “defense of the indefensible.” His verdict: political language consisted “largely of euphemism, question-begging and sheer cloudy vagueness.”

Linguistic hygiene is a must when interpreting and replying to a Chinese Communist Party diplomatic offensive. More often than not, party potentates deploy tricksy and false wordplay to salve foreign worries about their motives and deeds. Demanding precision is more and more critical the higher the stakes are for Beijing. High stakes amplify the incentive to deceive. Things commanding surpassing value to party leaders, the armed forces, and ordinary Chinese include such real estate as the Senkaku Islands, Taiwan, and the 80-90 percent of the South China Sea enclosed by Beijing’s “nine-dashed line.”

Bareknuckles diplomacy is Chinese Communists’ method of choice for fulfilling such goals. And they have the mindset for it. Diplomacy is war without bloodshed for them, while there can never be too much deception in martial undertakings. Officialdom wages “three warfares” on a 24/7/365 basis to obtain what it longs for. It tries to dishearten opponents through psychological operations. It shapes opinion in its favor through the media. And it conscripts the law as its weapon through novel and self-serving arguments designed to confound rivals.

Just this week, for instance, Foreign Minister Wang Yi told a gathering of ASEAN foreign ministers: “China’s sovereign rights and interests in the South China Sea conform to international laws, including the United Nations Convention on the Law of the Sea. China has never raised any new claim, but we will stick to our consistent position. With the joint efforts of China and ASEAN, the South China Sea has maintained a stable situation in general and the freedom of navigation and overflight have been protected by the law.”

That China abides by international law would come as news to the Permanent Court of Arbitration at The Hague. Five years ago the tribunal rebuked China’s claim to “indisputable sovereignty” over most of the South China Sea. Wang’s artful phrasing—China has never raised any new claim—is meant to mollify Southeast Asian contenders determined to uphold their rights to maritime jurisdiction under the law of the sea. But Orwell would pronounce his words meaningless. Beijing’s position is that it has been sovereign over the South China Sea (and its natural riches) since ages past and that archaeological and documentary evidence proves it. All Wang did was restate its old and consistent—and unlawful—position. After all, “historic rights” to sea space have no standing in the UN Convention on the Law of the Sea, the “constitution of the oceans” to which China long ago assented.

Defense of the indefensible.

And how about that benign-sounding phrase freedom of navigation and overflight? What the law of the sea actually guarantees is “freedom of the sea,” a legal doctrine dating to the seventeenth century. Freedom of navigation is a subset of freedom of the sea. Under the regime of freedom of the sea, mercantile and military ships may do more or less as they please on the “high seas,” beyond the jurisdiction of any coastal state. The same largely goes for coastal states’ offshore “exclusive economic zones” (EEZs), which extend 200 nautical miles out to sea. The law merely instructs shipping to refrain from poaching natural resources from the water or seabed within another state’s EEZ.

This liberty of action is not what Chinese officials are referring to when they talk about freedom of navigation. Just the opposite. By freedom of navigation they mean “innocent passage.” Under the law of the sea, innocent passage certifies a ship’s right to pass through a coastal state’s “territorial sea,” a belt of water that extends 12 nautical miles offshore, under tightly constrained conditions.

The law of the sea proscribes a range of activities in the territorial sea, singling out military activities in particular. In effect a ship exercising its right to innocent passage may cross through the territorial sea and do nothing else during its transit. Beijing wants to enforce this doctrine throughout the nine-dashed line, making itself the regional lawgiver. If allowed to get away with it, China will abolish maritime freedoms codified by the law of the sea in a major waterway—and set an awful precedent for other bodies of water (cf. Russia in the Black Sea). Chinese domestic law will dictate what foreign navies, coast guards, and merchantmen may do in the South China Sea. That’s why successive U.S. presidential administrations have clarified their position on these matters, posturing themselves as defenders of freedom of the sea as a whole rather than freedom of navigation construed narrowly. Many friendly governments have followed suit.

This small wording difference, then, makes a colossal difference in foreign policy and strategy. Beware of verbal sleights of hand like Wang Yi’s. Friends of nautical freedom must strive for linguistic clarity in their own diplomatic communications, and they must insist on it from Chinese interlocutors rather than listen in silence. Otherwise seafaring states will seem to acquiesce in China’s version of affairs—and in the process grant purveyors of the three warfares an easy triumph.

And lastly, negotiations toward a “South China Sea Code of Conduct” are progressing fitfully. This is another benign-sounding venture that has been in the making since 2002, when Southeast Asian governments and Beijing agreed on a “Declaration of Conduct” for regional waters. It too lends itself to wordplay. Wang proclaimed that the code-of-conduct talks have “maintained momentum,” and they were on the agenda for the ASEAN-China ministerial meeting. But one hopes ASEAN governments don’t delude themselves that China will agree to any code of conduct that would require it to give up its quest for nautical sovereignty. Xi Jinping has vowed, time and again, to restore the nation’s sovereignty, and he has defined the South China Sea as sovereign territory. Reclaiming it is central to the “China Dream” he touts. Patriotic Chinese will hold him accountable—possibly in an ugly way—if he fails to deliver on his promise to make China great again.

Xi is not about to sacrifice his standing with them to conciliate Vietnam or the Philippines.

Let’s run a thought experiment. If China wants concord with its neighbors, there’s already a code of conduct for the South China Sea. It’s called the UN Convention on the Law of the Sea. Yet China blithely and routinely disregards the constitution of the oceans, trampling its neighbors’ rights in the bargain. What makes anyone think it would abide by some lesser covenant? If Xi & Co. were intent on amicable relations, furthermore, they could ease tensions today. The leadership could recall the China Coast Guard, maritime militia, and fishing fleet from Southeast Asian states’ EEZs and assume a posture of scrupulous fidelity to the law of the sea. But Beijing hasn’t, and in all likelihood won’t. 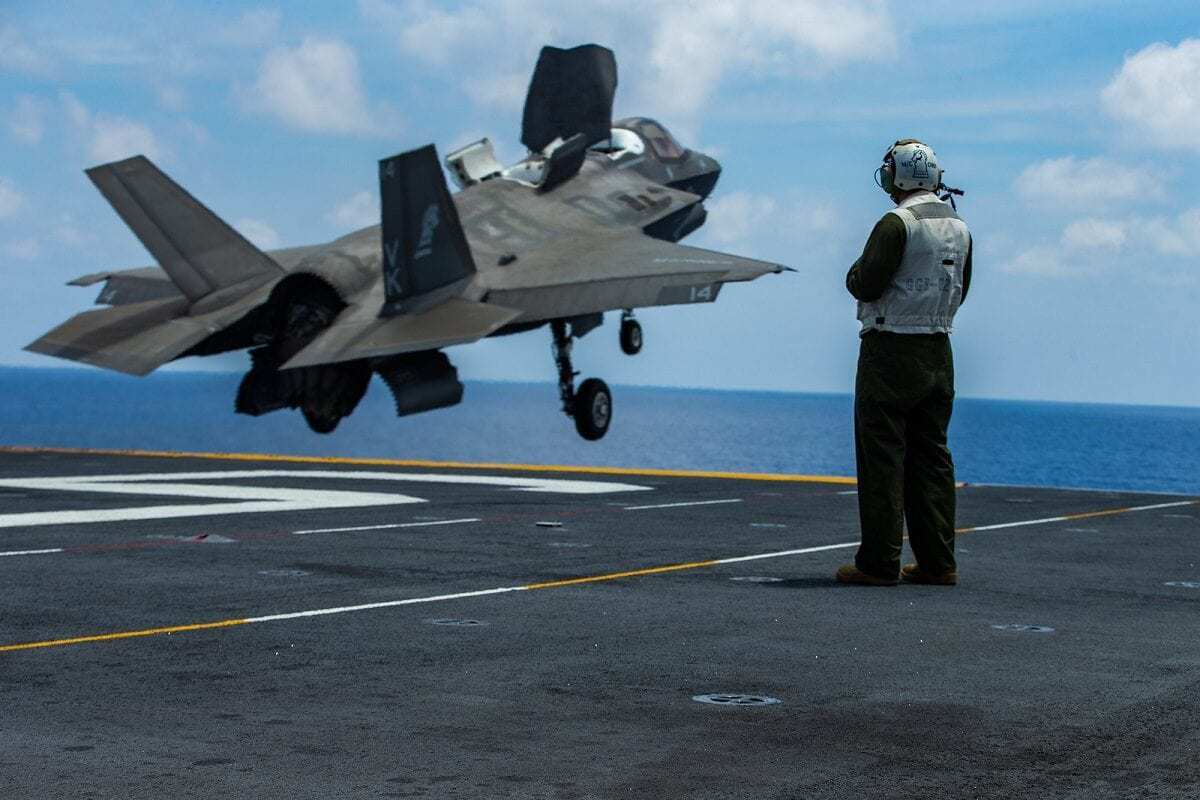 Bottom line, Wang was just prosecuting another front in China’s three warfares at the ministerial gathering. Recognizing what an antagonist is up to constitutes the beginning of wisdom. A long-dead English novelist can show the way.