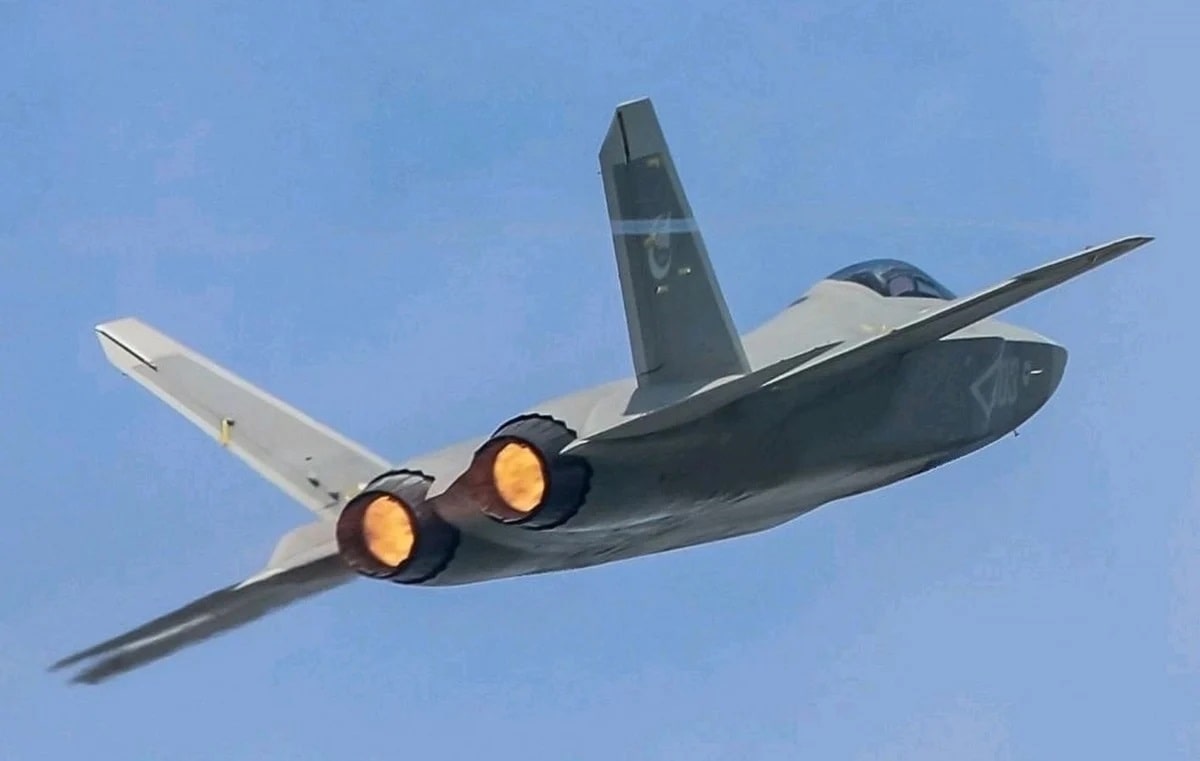 At this week’s Airshow China 2021, which is taking place in Zhuhai, Guangdong Province, officials at a Chinese state-owned aviation firm revealed that progress is continuing on a yet undisclosed next-generation carrier-based fighter jet. Moreover, its makers at the Aviation Industry Corporation of China announced that the aircraft could be officially unveiled later this year.

“When the aircraft is ready, people will get to see it,” Sun Cong, chief designer of the Shenyang J-15 “Flying Shark,” China’s first-generation aircraft carrier-based fighter jet, said at a press conference at the exhibition on Wednesday.

“This year, people should be able to see good news on the next-generation aircraft carrier-based fighter jet,” added Sun, who is also the chief designer of the FC-31, China’s second stealth fighter jet.

The state-owned Aviation Industry Corporation of China also shared video on social media that served to confirm that the new aircraft will be unveiled shortly. The future carrier-based fighter will reportedly provide advanced defense capabilities including in close-air support, aerial bombing and air interdiction operations. The unnamed fighter could also perform suppression of enemy air defenses.

There is increased speculation that while China already has a reasonably capable carrier-based fighter aircraft that Beijing has sought to push for the development of a fifth-generation fighter specifically for the Chinese People’s Liberation Army Navy (PLAN), to match its carrier fleet build-up.

The PLAN currently has two operational carriers including the Soviet-era Liaoning and the domestically-built Shandong, which is essentially a Chinese-constructed copy of the former vessel. Both utilize a ski-jump flight deck, but China is currently building a third carrier, known only as the Type 003. It would be a significant upgrade to China’s naval capabilities and will feature integrated electric propulsion (IEP) and electromagnetic catapults.

The latter is especially notable as apart from the United States and France, no other nation currently relies on CATOBAR (Catapult Assisted Take-Off But Arrested Recovery) configuration.

As the Chinese state-owned Global Times reported this week, the aforementioned FC-31 has been a long-rumored candidate to become the country’s next-generation carrier-based fighter since it made its flight performance debut at the Airshow China 2014. Fu Qianshao, a Chinese military aviation expert, also told the Global Times that if the FC-31 were upgraded to suit the needs of carrier operations, it could be a top option for the next-generation carrier-based fighter jet.

The FC-31 – also known as the J-31 in the west – is a twin-tailed, twin-engine, mid-wing design that incorporates some low-observable features. It has been described as bearing a passing resemblance to the Lockheed Martin F-35 Lighting II Joint Strike Fighter.

However, the FC-31 was actually developed as an export aircraft, yet found no interest from foreign buyers. Instead, the design underwent a significant reworking in recent years. There is still one issue that China has yet to resolve with the aircraft – it has so far only flown with engines imported from Russia. It would seem that is among the problems that need to be resolved before China has a truly viable domestically built aircraft that has the capabilities it needs to match its global ambitions.