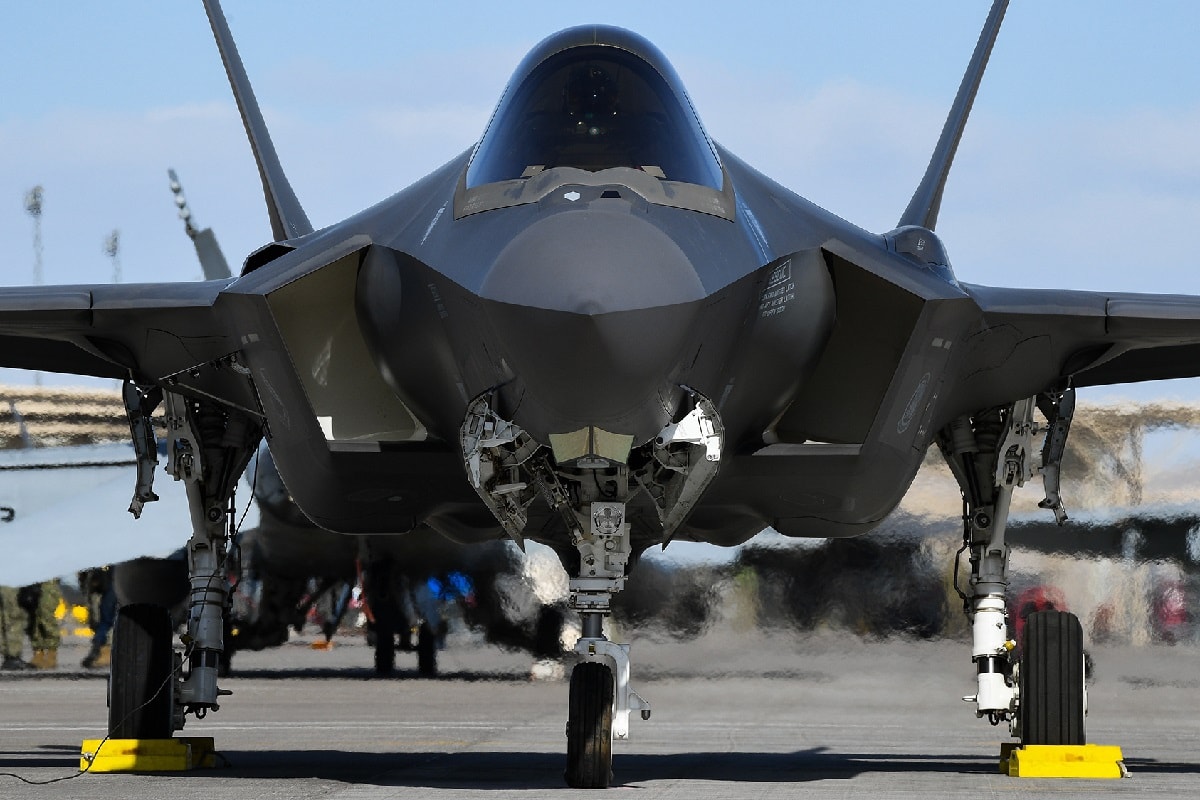 Or it will be, without a major and sustained change in how Washington forms policies in the Indo-Pacific region. China, the United States, Taiwan, Japan, Australia, and even the UK are engaged in a dangerous, escalating game. Each is contributing to an ever-escalating cycle of threatening moves and countermoves that could lead, not to a Cold War, but a conflict of white-hot intensity – with potentially catastrophic consequences for America.

The primary catalyst for this growing danger is the struggle between the United States and China. Since the fall of the Soviet Union, the U.S. has been the= the world’s sole superpower. Facing a world that adds China as a major power (along with a strengthening Russia), is something few in Washington are willing to passively accept.

Except for a few notable exceptions over the past few decades, China has not been much of a factor in great power competition. In fact, China was virtually taken off the global stage at the end of World War II because of the severe damage they had suffered at the hands of Japan during the war and the destructive 20-year civil war they inflicted on themselves.

The U.S. and China fought each other in a sharp but brief period during the Korean War—but once the armistice was signed in 1953, things between the two populous countries moved to the back burner, especially given the ascendancy of the Cold War between the United States and Soviet Union.

After the initial Soviet nuclear test in 1949, Moscow and Washington began an arms race that included massive land armies and exploding numbers of nuclear weapons. The world quickly divided into two camps around the Americans and Soviets. China was then a backwards, undeveloped country that was more concerned with trying to feed its people – amidst Chinese leader Mao’s slaughter of millions of his own people – than playing any role in the international stage.  The Cold War balance of power was roughly stabilized until the 1990s when everything changed.

In 1991 the U.S. led a massive coalition of armies and air forces to the Middle East to fight Iraq in Desert Storm, crushing what at the time was the fifth largest army in the world. Barely a year later the USSR imploded and collapsed, exiting the world stage. That left the United States as the winner of the Cold War and in the position of undisputed global supremacy in both economic and military terms. China was then only just beginning to emerge into global markets. Now 30 years later, things have changed.

Following Desert Storm, China made a concerted effort to study the American way of war to build a force that could someday defeat the U.S. military. Over the past 20 years, China has been increasing its defense spending an eye-popping average of 10% per year.

According to the Department of Defense’s most recent annual report to Congress on Chinese military capabilities, China has militarily reached near parity with the U.S. in the region, and “(i)ndeed, as this report shows, China is already ahead of the United States in certain areas.” By 2049, the DoD report goes on to say, China intends on producing a “world class” military. As is crucial to note in this period of rising danger, however, military capacity does not equal intent.

For example, during the Cold War the USSR had upwards of 50,000 tanks in Europe, tens of thousands of fighter and bomber aircraft, a massive navy, and thousands more nuclear weapons than the U.S. (by 1986 the USSR had mindboggling 45,000 nuclear warheads) – yet were successfully deterred without having to ever fire a shot. There is every reason to believe that China can likewise be perpetually deterred from launching an unprovoked attack against America.

The continued advancement of China’s conventional military power makes it entirely reasonable for Washington to maintain its high caliber global military power and even to strengthen our readiness capacity. But we must be very careful to guard against the mindset that war with China is inevitable, because as humans are often wont to do, such fears can often lead to self-fulfilling prophesies. Already we are dangerously close to such a place – and the potential for catastrophic war keeps rising apace.

As China’s military continues its rapid multi-decade modernization drive, it has concurrently become bolder, and more confident in itself. Chinese authorities are likewise becoming more comfortable threatening to retake Taiwan by force, recently warning anyone who gets in their way will “have their heads bashed bloody against a Great Wall of steel.” This increasing assertiveness from China is being matched in the West.

The Pentagon has added new military bases in the region, requested $27 billion from Congress to expand military capacity in the Indo-Pacific region, and has warned that China will seize Taiwan in the near future; many leading figures in the U.S. openly advocate for giving direct security guarantees to Taiwan. Australian military leaders privately believe a war with China over Taiwan is a “high likelihood.” Japanese leaders openly say they would consider a Chinese invasion of Taiwan to be an existential threat and would join any U.S. war against China.

China regards the recent deal between Washington, London, and Canberra to build nuclear submarines in Australia as a direct military challenge to Beijing. The continued military enhancement of ‘The Quad’ is likewise focused on a potential military clash between Western powers and China – while China continues to build militarized islands in the South China Sea, cracks down on freedoms in Hong Kong, and dramatically increases combat air sorties near Taiwan.

Each move by one party spawns an increase in rhetoric by the opposing side, often accompanied by a corresponding counteraction of their own – which in turn prompts the first party to angrily react and take yet another escalatory action. And the cycle continues.

This is how major wars start.

America, Taiwan, Australia, Japan, the UK, and even China all have some valid security concerns in their disputes with each other. But all are presently locked in a series of ever-escalating moves and rhetoric that serve to incrementally chip away at the psychological barrier to engaging in open war.

The more the U.S. and its allies treat China as an enemy and talk about how they can and should defend Taiwan, the easier it is for our military leaders to consider “the military option.” The more China verbally blasts Taiwanese leaders, sends fighter jets near Taipei, and makes emotional arguments to its own people, the lower the barrier becomes for them to choose a lethal solution to “the Taiwan question.”

We all need to be crystal clear on one thing: a large-scale conventional war that pits the United States and its allies on one side against China on the other will be catastrophic for all, beyond what anyone can presently imagine.

Both the United States and China have modern missile forces with enormous range and explosive power, surface and sub-surface warships that can attack targets thousands of miles away, and air power that delivers death from great distances.  There would be no “winning” such a war; one side will eventually emerge less damaged than the other – or it could go nuclear, and both could be devastated. Millions could perish as a result.

U.S. leaders need to sober up and consider the profound – and potentially unrecoverable – damage we could suffer from such a war. The cold, hard truth for the United States and our allies is there is nothing at stake between China and Taiwan that is worth the potential loss of hundreds of thousands of U.S. casualties in a conventional war with China – or the loss of millions if it goes nuclear.

Even if China took Taiwan by force, their military would likely suffer egregious losses in the process, and would be greatly weakened in the region for a decade or more – while the U.S. and our allies would remain at full military strength. We would have more than ample time to increase our Pacific forces to defend against even the prospect that China might one day have greater territorial designs.

But it bears repeating: even in the bad case that China militarily conquers Taiwan, the United States military would still be at full strength while China would be seriously degraded. At that time we would have an even greater level of security from Chinese attack than we do now.

It is therefore of the most profound importance that Washington do everything in its power to ensure our Armed Forces remain at peak readiness levels, but privately rule out a military response to a Chinese attack on Taiwan. There are other diplomatic and economic tools we can use to impose punishing consequences on China if they do take Taiwan by force, further elevating our advantage over them. 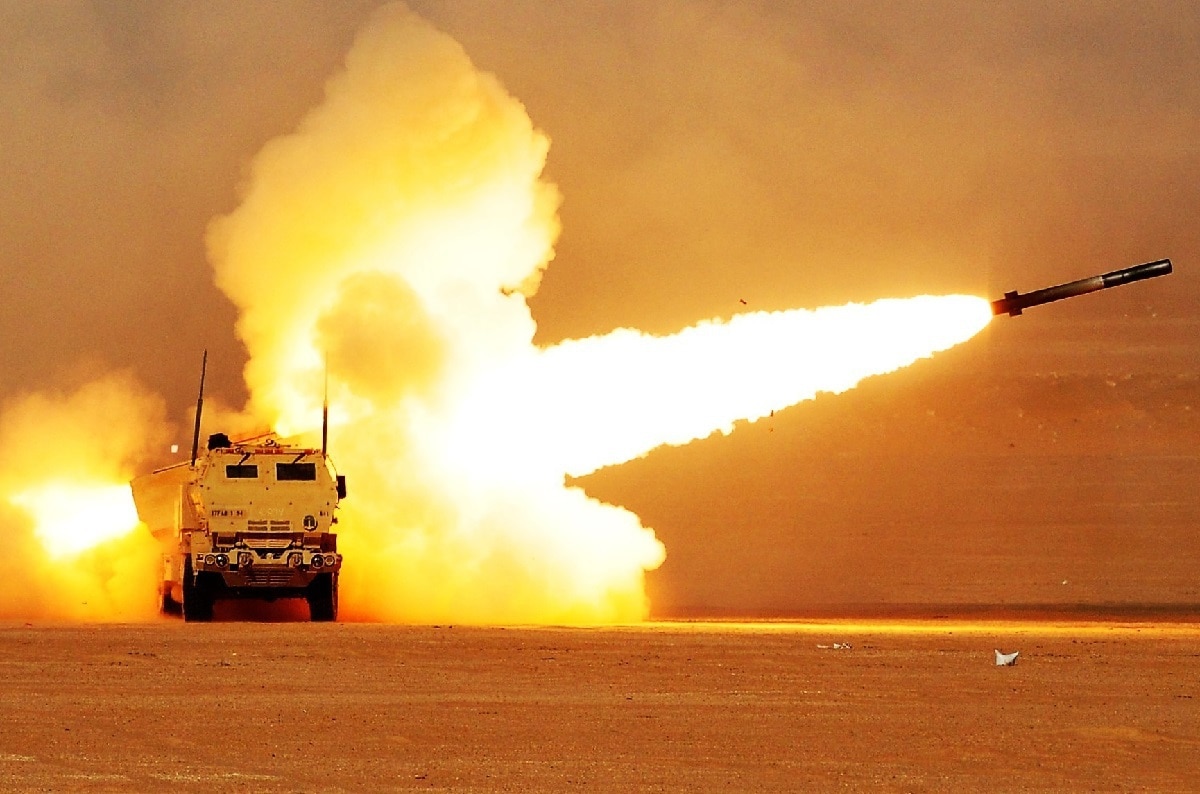 The absolute worst course of action, however, is to choose to fight China – on their terms, in their backyard, where they have regional military superiority – over Taiwan. There is no way we could guarantee a lasting victory and end up in a more secure place than we are today – and would be risking an outright military defeat, or even a devastating nuclear strike on our homeland. If we base our decisions on a cold and rational calculation of military reality, we will avoid war; if we base it on hubris, pride, and emotion, we will almost certainly choose poorly and suffer the predictable consequences.

God help us if we choose the latter.