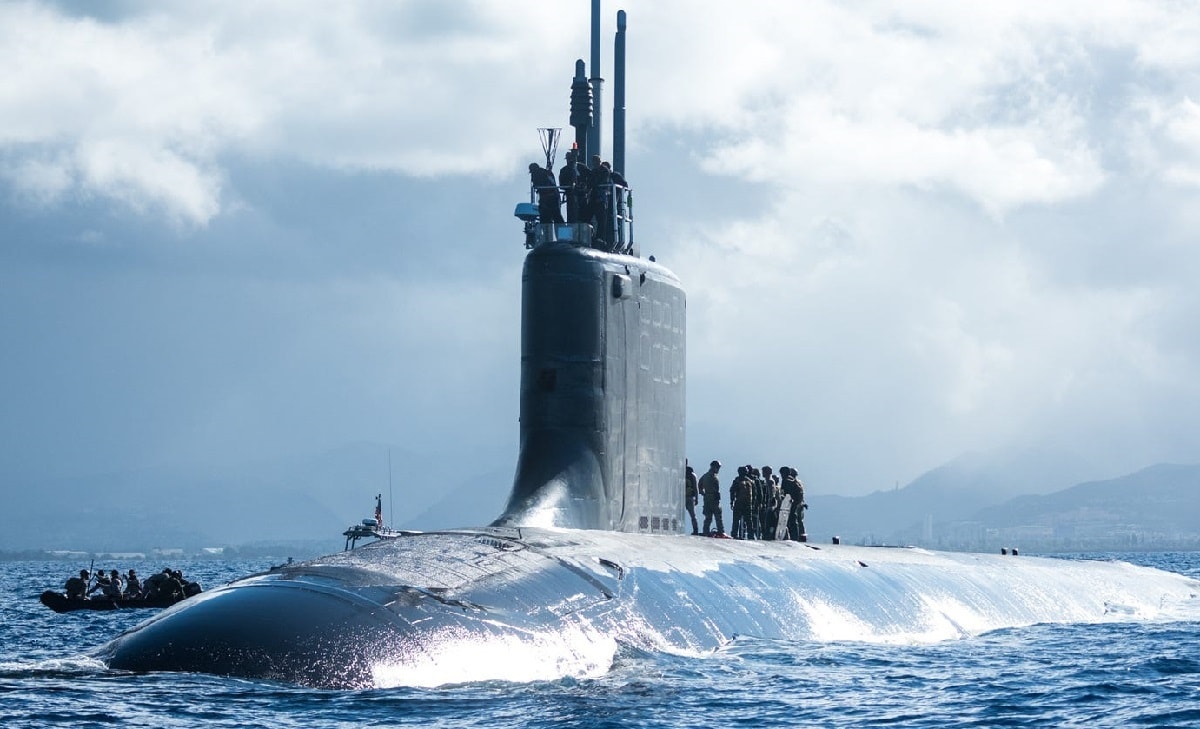 Last month the United States entered into a tripartite defense agreement with the United Kingdom and Australia that would result in the latter country acquiring its first nuclear-powered attack submarines—at least eight, and probably of U.S. design. The new relationship has been widely referred to as AUKUS.

AUKUS looks to be a turning point in security relations between Canberra and Washington. By agreeing to share sensitive undersea technology with a nation that is already buying advanced military aircraft from America, Washington is acknowledging that Australia has become indispensable to its security posture in the Southwest Pacific.

While the deal does not give Australia the capabilities to obtain nuclear weapons (Canberra has affirmed that it is not looking to become a nuclear power like Britain and the U.S.), it does give the Australian government a green light to manufacture nuclear submarines for the first time. It is also the first time in 50 years that the U.S. has agreed to share such technology with another nation. Prior to AUKUS, only the UK had access to it, per the special relationship it shared with the U.S. during and after the Second World War. The agreement will also make Australia only the seventh country in the world to build and operate nuclear submarines.

Nuclear-powered submarines are particularly well-suited to the clandestine nature of missions in the Southwest Pacific. They can stay submerged for longer periods, fire missiles from a longer distance, and perform a wide array of tasks potentially too dangerous for surface vessels.

Australia is arguably the best ally with whom to share this technology right now. As a member of the British commonwealth, it has been drawn into wars on behalf of the United Kingdom since before World War I and was a key ally to the United States in the Pacific during World War II. During the Cold War, Australia became part of the famed “Five Eyes” intelligence-sharing alliance with the U.S., Canada, the UK, and New Zealand.

That historical dependability and geographical importance now sets up Australia to buffer China’s expansionist ambitions in the Pacific, and grow into a more fortified regional power in its own right. When the pact was officially announced in Brussels this September, China was not specifically referenced. However, the leaders of the three countries discussed regional security concerns that, in their words, had “grown significantly” of late.

In the last several years, China’s disruptive activity in the Pacific has become increasingly aggressive. It has been threatening and harassing East Asian allies, cracking down on civil liberties in Hong Kong, and maybe planning an invasion of Taiwan. This is particularly intense where the South China Sea is concerned, as China has laid claim to various islands there in contravention of international law.

AUKUS implies an agreement by Australia to increase its future surveillance activity of the South China Sea. Australia already has vested economic interests in the area and has been conducting surveillance operations there since 1980. The Royal Australian Navy regularly conducts patrols in the region. At present, Australia hosts a handful of permanent U.S. military bases, but its ability to come to the United States’ and allies’ aid is expected to grow considerably with the nuclear agreement.

Any future nuclear submarines built by Australia will complement the cutting-edge air power it already is securing from U.S. sources. One example of this is the Boeing E-7A Wedgetail, a radar plane based on the Boeing 737. Developed especially for the Royal Australian Air Force, it has been in commission since 2009 and fully operational since 2015. The UK is also on track to procure the plane by 2023.

The E-7A Wedgetail acts as a force multiplier, capable of covering more than four million square kilometers (about 2.5 million square miles) in a typical mission. It is equipped with long-range surveillance radar, advanced communications capabilities, and sophisticated intelligence-gathering systems. Instead of a rotating radar, it has a fixed, multi-role electronically scanned array radar antenna.

Australia is also acquiring the F-35A Lightning II, operated by the U.S. Air Force. Canberra first committed to acquiring 72 fighters in 2018, and the first F-35 squadron will be fully operational by the end of 2021, with all 72 expected to be in operation by 2023.

The F-35 is the most advanced tactical aircraft in the world. Produced mainly by companies based in the U.S., it is coveted for its extraordinary survivability, lethality, and versatility. Perhaps most importantly to future Pacific missions meant to counter China, the F-35 can suppress enemy radar and communications to execute a range of air-to-air and air-to-ground missiles, including reconnaissance.

Unlike ballistic missile submarines and cruise missile carriers, the Virginia class attack sub—the design Canberra will likely choose—is designed to be versatile in a multitude of challenging environments. Though it is used mostly for collecting intelligence, the Virginia is also equipped to wage maritime warfare, launch missiles at targets on shore, and transport special operators such as Navy SEALS. Most importantly for activities countering China, the Virginia class can collect intelligence while remaining virtually invisible to detection by sonar and other tracking systems.

The Biden administration seems aware of the importance of keeping Australia close. On the heels of the AUKUS deal, President Biden invited Australian prime minister Scott Morrison to the White House in a meeting of the leaders of the largest Pacific-adjacent democracies, known as the Quad countries—India, Japan, Australia and the United States. Like the idea behind AUKUS, the Quad meeting is a tacit show of solidarity between countries that are aligned against Beijing in the Pacific.

China’s increasingly aggressive activity in the Southwest Pacific and the South China Sea means that Australia has become the most strategically important ally to the United States in the region. If Canberra was willing to scrap an in-progress security agreement with France to join this triumvirate, setting off a public weeks-long diplomatic row between all countries involved, it speaks to the degree to which Australia has been elevated as a regional power, and the perceived gravity of the security situation in its vicinity.

Sarah White, M.A., is Senior Research Analyst and Editor at the Lexington Institute.