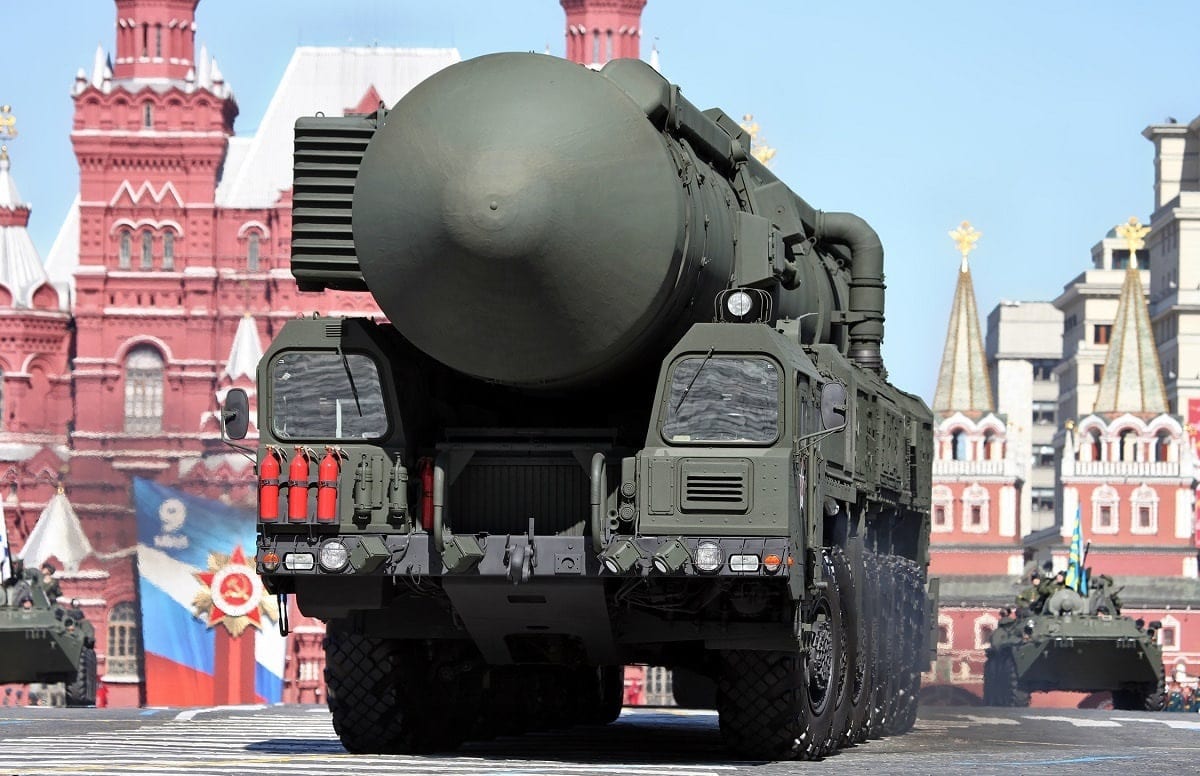 Russia is building on its prowess with nuclear weapons by adding its own original nuclear-tipped torpedo. It is equipping its nuclear missiles with hypersonic glide vehicles. And it is making improvements to its attack helicopters and surface-to-air missiles. With all of that said, here is what I would consider Russia’s 5 most powerful weapons of war.

Russia is developing the new Poseidon nuclear torpedo. The torpedo is nuclear-powered so it would have an enormous range. It’s reportedly as big as a bus (7-feet in diameter and 100 tons) and it will be armed with a nuclear device.

This weapon is frightening because it could target U.S. cities on either coast. Russia aims to launch the Poseidon from its K-329 Belgorod submarine.

The Russians could have the Poseidon deployed in different ways. It could utilize a very slow approach making it difficult to detect or be launched from a container on the seabed.

The S-400 Triumf SAM system is particularly potent. It can not only take out enemy manned aircraft and some drones, but it can also be used against cruise missiles and ballistic missiles up to 250 miles away depending on the missile used. The S-400 is the next-generation variant of the workhorse S-300 missile defense system. Each S-400 battery has eight launchers and 32 missiles with a radar and mobile command post. It has been serving Russia since 2007.

The S-400 is a coveted system. It has been sold to Turkey, Syria, China, and India. Earlier this year, 80 military representatives from 52 countries saw a demonstration of the S-400. The next-generation S-500 system may come out in 2022.

The Pantsir S-1 air defender is a mobile missile launcher that also has an anti-aircraft gun. The Pantsir S-1 deploys 12 surface-to-air guided missiles and two 30mm cannons. In addition to aircraft, the Pantsir can destroy incoming ballistic and cruise missiles and precision-guided munitions.

The Pantsir has been used in the Syrian civil war, the conflict in the Donbas region, and the latest Libyan civil war. Other upgraded variants have improved radar, increased detection range, and effective rotary cannons.

The Mi-28NM Superhunter is a potent attack helicopter similar to the American AH-64 Apache. This is based on the upgraded Havoc model. New sensors allow it to fly and attack at night. The newfangled radar allows a 360-degree view along with the radar image of the ground. The Mi-28NM can go 186 miles per hour with a range of 280 miles.

The Superhunter is armed to the teeth. It has a 30mm cannon, Ataka anti-tank missiles, and rockets.

The aircraft was upgraded with all-weather features especially for desert conditions in the Middle East. The Superhunter is better able to communicate with recon and intelligence units on the ground to acquire targets faster.

The RS-24 Yars ICBM is road-mobile or silo-launched. It is a three-staged solid-fuel missile. It can deploy three to six independently-targeted MIRVs of 150 to 250 kilotons with a range of 6,500 miles. There are at least 63 mobile and 10 silo-based Yars ICBMs in service as of 2016.

The road-mobile version is difficult to detect and only takes seven minutes to prep the missile for launch.

The Yars can also be equipped with the Avangard hypersonic gliding re-entry vehicle. As with all hypersonics, it is extremely fast and maneuverable.