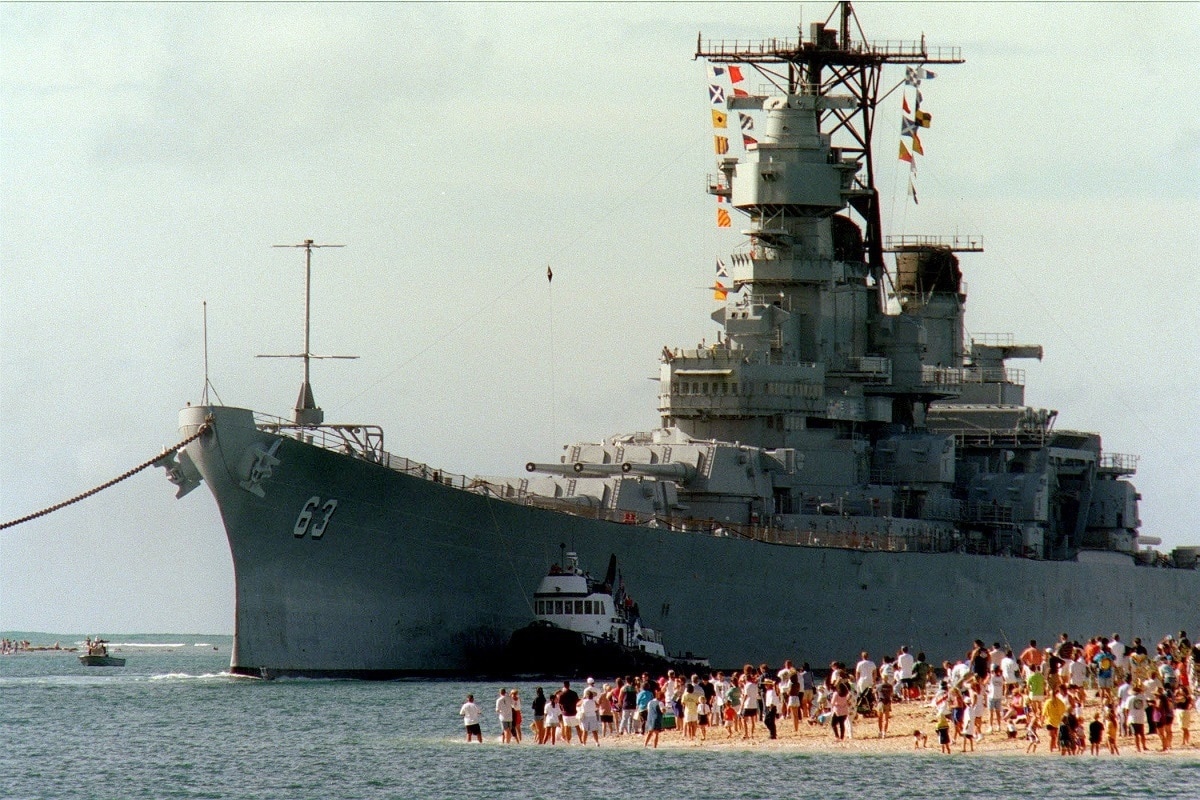 On December 7, 1941, the United States Navy suffered the greatest loss in its history. The force of the Imperial Japanese Navy targeted the eight U.S. battleships that were port. It had been the first time since the summer of 1941 that all of the battleships were in port at the same time. Seven of the eight warships were put out of action in the attack, and while two – USS Maryland (BB-46) and USS Tennessee (BB-43) – were repaired within a matter of weeks, two would never return to service.

The two ships were the USS Oklahoma (BB-37) and USS Arizona (BB-39), the latter has the sad distinction of being the American battleship that saw the greatest loss of life with 1,177 sailors being killed as the result of her sinking.

However, during World War II it was America’s enemies, Germany and Japan, that each paid a tragically high “butcher’s bill” during the war. Here are the five battleships to see the highest casualties.

The lead ship of the Fusō-class, the dreadnought battleship was commissioned in 1915 during the First World War. She was part of Vice-Admiral Shōji Nishimura’s Southern Force at the Battle of Leyte Gulf. After being struck by multiple torpedoes and naval gunfire in the early hours of October 25, 1944, she reportedly broke in half. While the two halves may have remained afloat for upwards of 40 minutes, 1,620 sailors were killed. Of those who survived, only ten ever returned to Japan.

October 25, 1944, was truly a black day for the Imperial Japanese Navy. Among the many warships lost during the Battle of Leyte Gulf, Yamashiro – the second of two Fusō-class dreadnought battleships – was the warship to see the greatest loss of life that day. After fierce night fighting in the early hours, Yamashiro was sunk by torpedoes and naval gunfire. 1,626 were killed including Vice-Admiral Shōji Nishimura, and as with her sister ship just ten Japanese sailors survived.

Completed in 1939, Scharnhorst was one of Nazi Germany’s modern High Seas Fleet battleships/battlecruisers. During the Second World War she took part in numerous British merchant raiding expeditions. Her luck ran out during the Battle of the North Cape on December 26, 1943, when the Royal Navy battleship Duke of York and her escorts sank Scharnhorst. Just thirty-six men out of a crew of 1,968 were rescued. The other 1,932 went to a watery grave off the coast of Norway.

The story of the sinking of Germany’s Bismarck has been told many times, including how she was one of the two largest battleships built by Germany or any European power. The British launched an all-out effort to sink the warship after the loss of the HMS Hood, and they were relentless. Finally on May 27, 1941 the mighty German warship was sunk – but it was only after she had taken hits from Fairey Swordfish aircraft and multiple hits that crippled her. It was finally the crew who scuttled her, and in the end 2,086 German sailors were lost, while just 115 were captured.

Along with her sister ship Musashi, which had been sunk at the Battle of Leyte Gulf, Yamato was the heaviest and most powerfully armed battleship ever constructed. Her nine 46cm (18.1-inch) Type 94 main guns were the largest ever mounted on a warship. She had been the pride of the Imperial Japanese Navy and it was the bridge of the battleship in 1942 that Admiral Isoroku Yamamoto directed the fleet during the Battle of Midway. Yamato took to the ocean for the final time one-way mission to Okinawa, where the orders were to beach the warship in defense of the island. The battleship never made it and was sunk by American carrier-based bombers and torpedo bombers on April 7, 1945, with most of her crew. In total 3,055 sailors were died on her, the highest toll of sailors ever killed on a single warship.