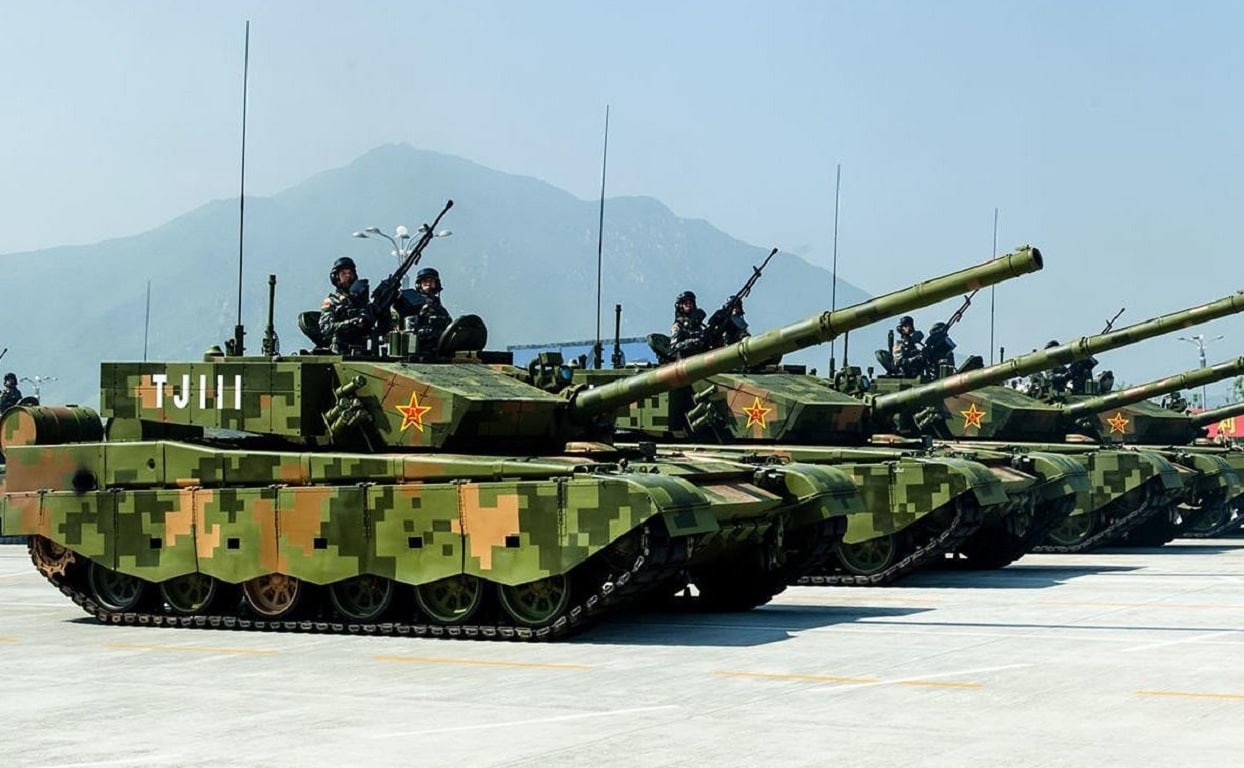 China’s Type 99 Tank, A Short Primer: China’s Type 99 main battle tank is one to watch as the United States upgrades its Abrams M1A2D variant for service over the coming decade.

The Type 99 has some commendable features. It has modern armor, an improved gun, better fire control systems, and enhanced communication features.

However, it is still considered a third-generation tank and not next-generation like Russia’s T-14 Armata, Japan’s Type 10, or South Korea’s K2 Black Panther.

The Chinese are fairly new to the tank-building game. They were not forced to prove battlefield prowess in the European killing fields of World War Two like the Russians, British, Americans, and Germans. Thus, they have learned a trick or two by watching the modern development of tanks in those countries and biding their time. The Type 99 tank only began development in the late 1980s and was introduced in the late 1990s and early 2000s. China has about 1,200 Type 99s.

The Main Gun Is Slightly Bigger Than the Abrams M1A2

The advantages of the Type 99 start with the main gun. It is a 125mm smoothbore – slightly bigger than the Abrams 120mm smoothbore. It has a carousel-style autoloader with a firing rate of eight rounds per minute. The Type 99 shoots high-explosive anti-tank, fragmentation, and sabot rounds. It carries 38 rounds.

The Type 99 also fires the Russian-designed AT-11 or Sniper B gun-launched anti-tank guided missiles. The more modern Type 99A variant has the latest thermal panoramic sights, a laser range finder, and a new ballistic firing computer. It has no problem shooting on the move.

The Type 99A Is the Most Advanced Chinese Tank

The Type 99A has a turbocharged 1,500 horsepower diesel engine. Its top speed is a surprising 50 miles per hour on a paved road. That speed seems to be on the high side and may just be an estimation.

One interesting feature is the Type 99A’s laser communication system. It can send encrypted messages by voice or text at a range of 2.2 miles and the battle management system can also easily identify whether another tank is friendly or an enemy. There are also high-quality digital displays.

The Type 99 and 99A are decent tanks. The engines are powerful and speedy. The reactive armor is up-to-date. The main gun fires quickly and can handle moving targets. The Chinese have learned well from the Russian T-90 and the American M1A2 Abrams.

But time will tell if the Chinese can quit mimicking other tanks and produce their own next-generation vehicles. The Type 99A is a significant update, but we will still be watching if China can indigenously produce something like the fourth-generation T-14 Armata or the K2 Black Panther.