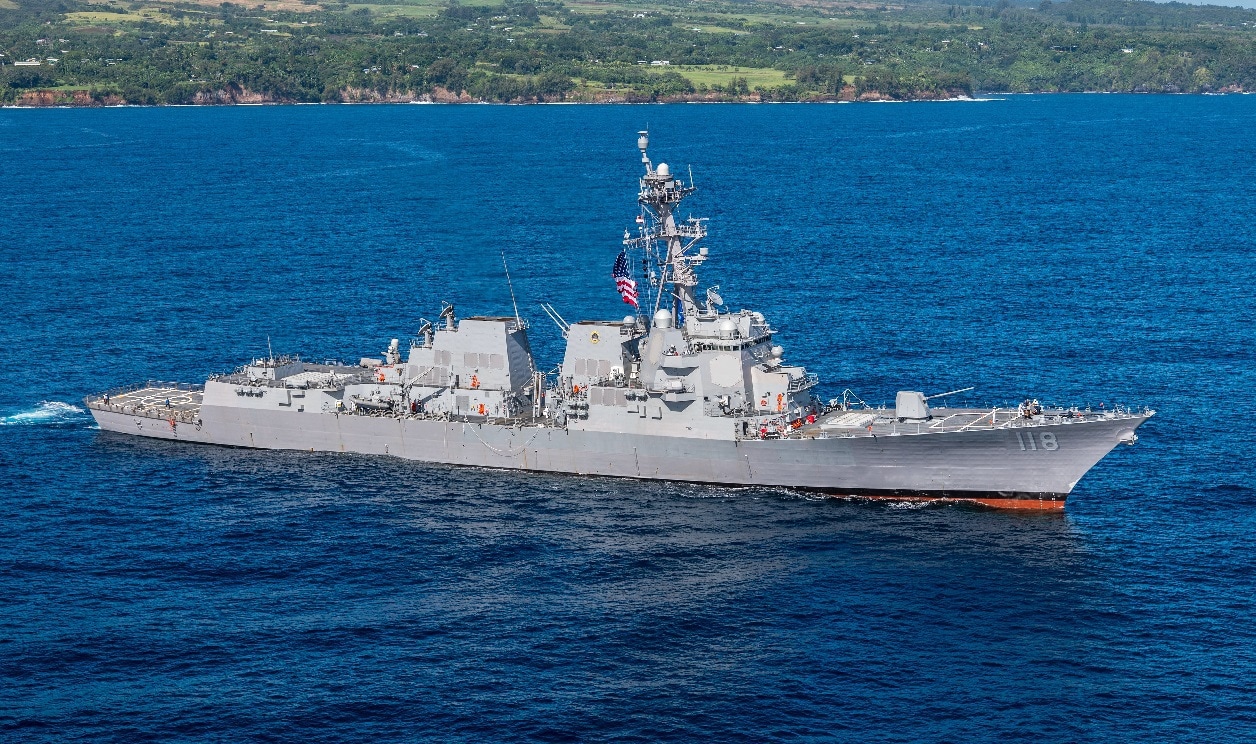 What’s new in the Fourth Battle of the Atlantic? Over at Business Insider a few months back, Christopher Woody has the story of how NATO navies are working to keep the sea lanes connecting North America with Europe open in times of war. These routes amount to connective tissue binding together the North Atlantic community. Cut them through surface, undersea, or air warfare and you dismember the alliance.

Past foes found this logic compelling; so do present-day rivals.

This is an old challenge made new with the advent of new technology. Last summer retired U.S. Navy admiral Jamie Foggo, then the commander of U.S. Naval Forces Europe-Africa, drew the historical comparison, telling the International Institute of Strategic Studies that the allies have joined a “Fourth Battle of the Atlantic.” First imperial Germany, then Nazi Germany, then the Soviet Union deployed naval forces in the Atlantic to imperil shipping carrying manpower and war matériel of all kinds to battlegrounds in Western Europe.

Stopping forces at sea is as good as defeating them in the field. In fact, it’s better and far easier for a marine antagonist since troops are more or less cargo—a passive target—until they reach their destinations and unload. Even slowing down hostile convoys helps. It slows the buildup of combat power in a strife-torn theater and deprives enemy forces of mass when battle looms. And without mass a combatant has a hard time staging more firepower than its opponent at the scene of battle at the time of battle. It fails the most elementary test of strategy: being stronger when and where it matters.

Some features of the Fourth Battle of the Atlantic are hardy perennials. Maritime geography is one. Vice Admiral Andrew Lewis, who heads both the U.S. Second Fleet and Joint Forces Command Norfolk, told a press conference last Thursday that nautical foes tend to concentrate their access-denial efforts “at chokepoints, in the maritime straits, in restricted maneuvering areas, or when you are approaching where you’re going to offload people and stuff.” Why not do it on the high seas? Because the oceans are a big place, the mightiest convoy a flyspeck.

Finding, tracking, and assailing a seaborne opponent is far from guaranteed in the vast, barren, trackless waste that is the sea. But as historian Julian Corbett points out, seagoing predators—submarines, shore- or sea-based tactical aircraft, surface raiders—can find enemy merchantmen and their naval protectors at three predictable waypoints in their voyages. One, it’s straightforward to linger off a convoy’s point of origin and catch vessels as they emerge. Two, raiders can intercept shipping as it approaches its destination, if known. And three, assailants can lurk off “focal areas” or “focal points,” meaning narrow seas through which ships must pass to make their way from one body of water to another.

Straits and narrow seas corral shipping into predictable pathways where it can be ambushed. Think the Strait of Gibraltar or the Skaggerak and Kattegat, to name two waterways that provide access to European harbors. Corbett hits on a permanent feature of oceanic warfare, as relevant today as in the age of sail.

What’s new in the Fourth Battle of the Atlantic?

Both Admiral Foggo and Admiral Lewis call attention to new domains of marine warfare. Sea combat has long been a three-dimensional affair, and this is no less true of the Battles of the Atlantic. Military aviation made its debut in action during World War I but played little if any part in the struggle at sea. The aerial component became crucial during World War II, when land-based or carrier-based aircraft fanned out across the seas to attack surface shipping or hunt submarines. The multidimensional pattern held during the Cold War, but technological innovation added accelerants such as naval nuclear propulsion, which allowed convoy hunters to remain underwater and elusive for indefinite stretches of time while cruising at breakneck speed compared to their pokey conventionally powered brethren.

Technology has kept galloping along since the Cold War. Accordingly, Lewis calls today’s fight “a much more subtle fight in that it is literally from seabed to outer space.” Unmanned craft increasingly play a part in the physical domains, taking to the air, the sea’s surface, and the depths. They act as sensors and, in some cases, firing platforms. Sensors can be strewn across the seafloor to alert shooters to a convoy’s whereabouts. And this leaves aside domains that are everywhere and nowhere, such as the electromagnetic spectrum and cyberspace. Advances in surveillance do not cancel out the geography of naval warfare, but they do make open-ocean operations less forbidding than during previous Battles of the Atlantic.

Geography matters, now as ever—just not as much.

And lastly, there’s a northerly vector to the Fourth Battle of the Atlantic as climate change opens new shipping lanes in the Arctic Ocean temporarily and intermittently each year. The opening of a new theater adjacent to the Atlantic and Pacific—a theater that shapeshifts as the ice advances and recedes with the seasons—brings danger and opportunity to NATO’s northern periphery. Danger in that Russian and perhaps Chinese naval forces will enjoy the option of operating off NATO seacoasts in the high north, imposing new challenges on the allies while stretching their resources and applying pressure on Atlantic sea routes.

Opportunity in that several NATO powers front on the polar sea. New strategic vistas will open provided they plot a common strategy and develop the right infrastructure and forces to manage events in the Arctic.

The Fourth Battle of the Atlantic, it seems, promises to be an omnidirectional—and Omni-domain—affair. Today’s seafarers have the mixed fortune to inhabit interesting times.

James Holmes is J. C. Wylie Chair of Maritime Strategy at the U.S. Naval War College and is a 1945 Contriburing Editor. The views voiced here are his alone.

In this article:Fourth Battle of the Atlantic, Military, NATO, NotHome, Russia, War