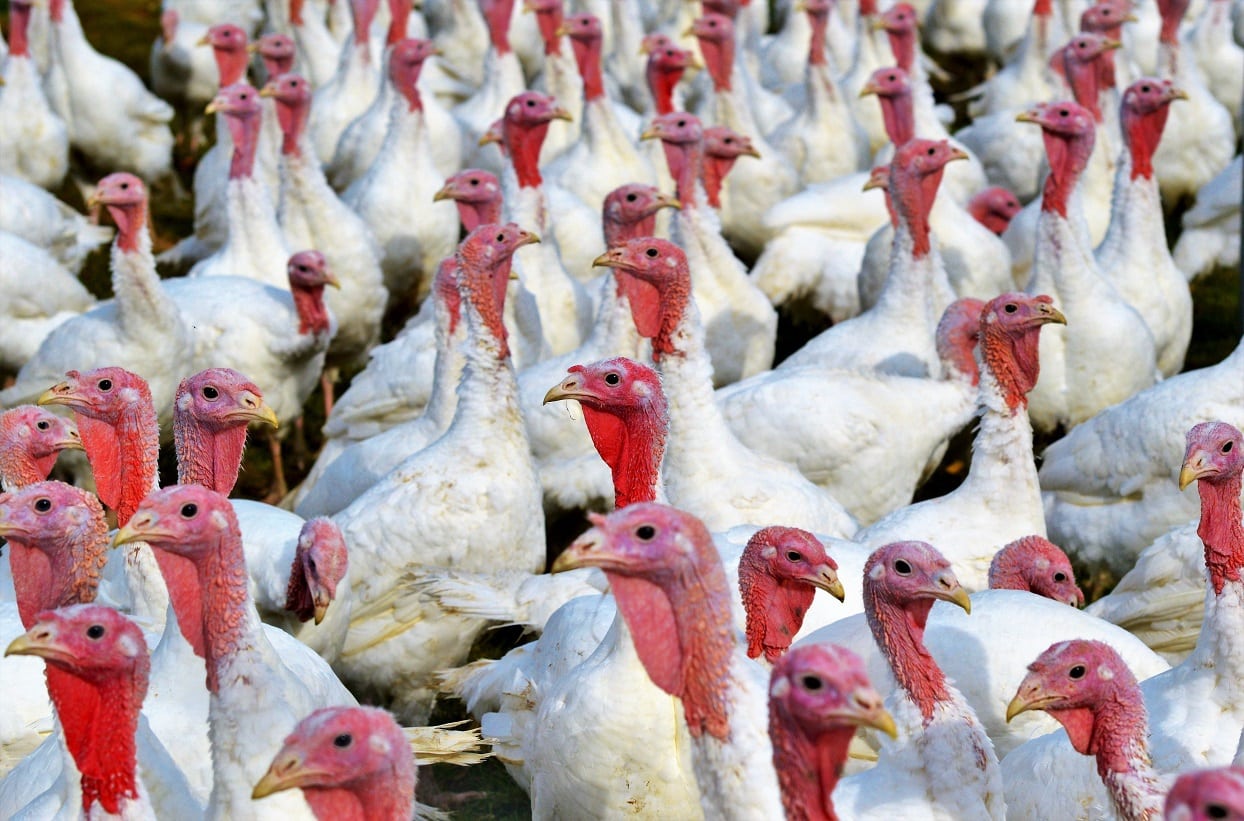 The great turkey shortage is here? The ongoing supply chain issues in the United States could mean that the iPhone 13S and Sony PlayStation 5 may not arrive in time for the holidays next month, but a more urgent and dire issue this week is the lack of frozen turkeys at grocery stores.

With just a week until Thanksgiving, turkeys have been in short supply – so those who waited may be out of luck.

Will You Get a Turkey?

An estimated 46 million turkeys are eaten each Thanksgiving in the United States, with nearly nine in 10 Americans having at least a slice on the big day. As Vox.com reported, “Thanksgiving is the turkey industry’s Super Bowl, and this year, like last year, that main event is going to look a little bit different.”

According to the United States Department of Agriculture (USDA), frozen turkey inventories are 24 percent below the three-year (2018-2020) average volume; while AgAmerica, which provides loans to farmers across the country, also reported that turkey production is at its lowest point in six-year. The high cost of feed – including corn and soybeans – this year was partly responsible for the decreased turkey production, which then resulted in a decrease in the number of frozen turkeys.

“In 2021, the seasonal build-up was less pronounced than usual, and stock volumes appear to have peaked before starting an earlier-than-normal decline,” the USDA reported. “At the end of August 2021, 428.1 million pounds of turkey meat were in cold storage, a 19-percent decrease from the same month last year, and a decline of about 7 million pounds from the end of July 2021.”

How Is a Turkey Shortage Possible?

Retailers that have turkeys in stock have been forced to charge more for the birds, but stores have also limited the number that any customer can buy.

However, some experts have suggested that the number of turkeys hasn’t really decreased, and said other factors are at play.

“I don’t like the word ‘shortage’ in this scenario. It’s not like we forgot to start raising turkeys,” Trey Malone, an agricultural economist at Michigan State University (MSU), told Vox.com. “What’s really happening is that you have these disruptions along the supply chain. It’s not because there’s no turkeys, it’s that the turkeys are in the wrong places at the wrong time.”

Turkeys may be available, but experts said to make more or larger side dishes – and that’s because last year’s pandemic resulted in fewer large gatherings. More people bought smaller birds, which were harder to come by. This year, the big gatherings have come roaring back and people are looking for supersized ‘birdzillas,’ and the larger birds are now in demand.

How to Beat the Turkey Shortage: What About Tofurky?

There is always the “Tofurky” option, which has remained a popular choice for non-meat eaters. Supplies of the vegan meatless alternative are still in reasonable supply. However, the makers of such products have their own woes this year, including the aforementioned soybeans shortage.

A bigger issue could be in court of law, not the grocery store.

The Plant Based Foods Association (PBFA) is now in a legal battle challenging Oklahoma’s Meat Consumer Protection Act, which went into effect a year ago. The Act was backed by the Oklahoma Cattlemen’s Association and Oklahoma Pork Council, and permits brands such as Tofurkry to only use terms such as “meaty” on lables with appropriate qualifiers such as “vegan” and “plant-based.” Failure to comply could include fines of up to $10,000 per offense and a year in jail.

The PBFA has said that if Oklahoma-specific labels are required it could cost the industry millions of dollars.

“By attempting to impose burdensome roadblocks on a burgeoning industry, the State of Oklahoma has bowed to pressure from cattle industry lobbyists and taken sides in a heated national campaign by proponents of animal-based foods against plant-based products,” the lawsuit says. “The growing consumer demand for plant-based alternatives has caused conventional meat producers to increasingly view plant-based meat producers as a threat.”

Between the lawsuits and the turkey shortage, it might make one want to just order a pizza instead.