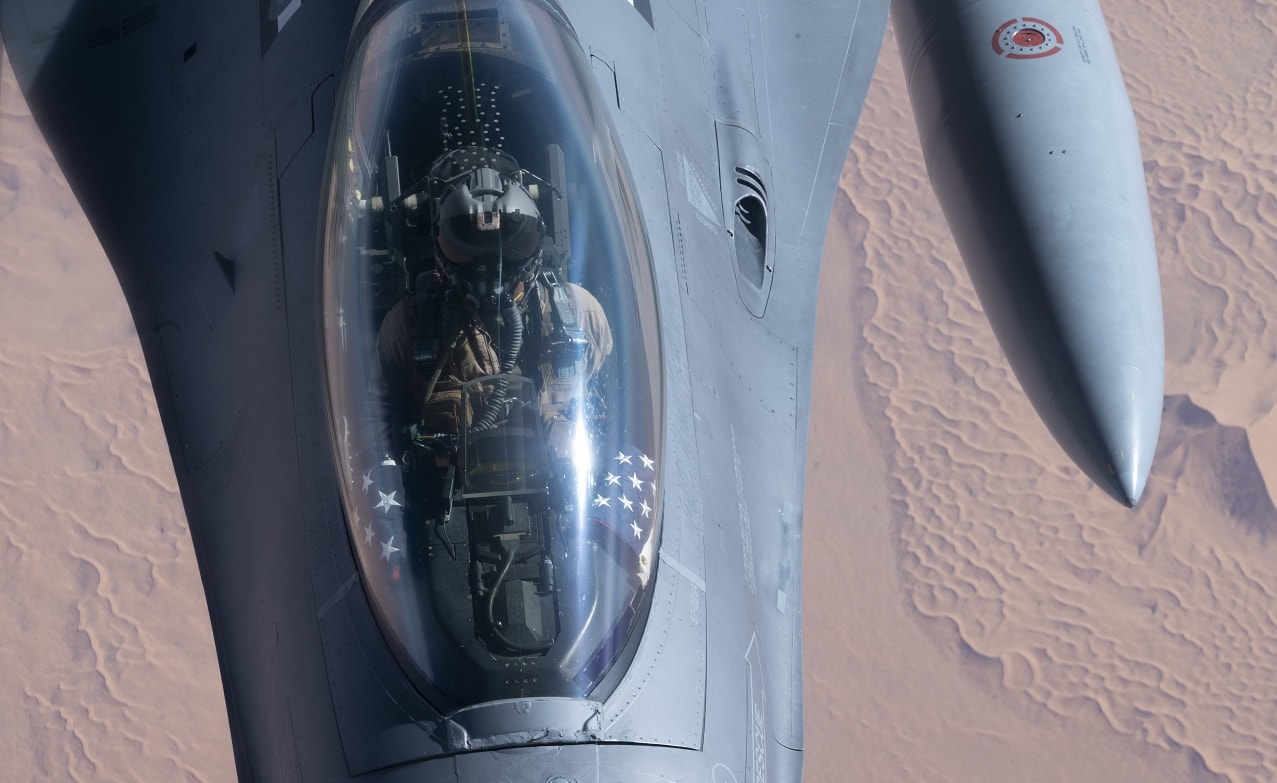 Joe Biden’s Strategy Review Against China Insufficient and Ineffective: The Biden administration’s proposal in its 2021 Global Strategic Review proves it does not understand the China threat or how to counter it. This administration is fighting the last war, a war where the U.S. enjoyed sea, air, and space supremacy.

It, however, failed to propose a 21st-century force structure that A) protects U.S. military assets in the Western Pacific from Chinese attack B) effectively projects power to deter Chinese aggression.

America and its allies are left vulnerable to attack. Below are my thoughts about the threat the U.S. military faces, why the Biden Administration’s proposals won’t work, and what can be done to correct them doing forward.

China’s hypersonic missiles and ballistic missiles offer a particular threat to this force posture in Guam and in Australia because they could neutralize the airfields and destroy American air assets.

China responded to the review via the Chinese Communist Party’s English-language mouthpiece “The Global Times” calling on the People’s Liberation Army (PLA) to devise a strategy to inundate these bases with missiles. U.S. bases in Guam, Okinawa, or Australia will be in the crosshairs.

“As China lacks overseas military bases, it is vital to greatly develop and stockpile a significant number of missiles that can strike targets in the second island chain,” “The Global Times” said. “Those missiles are not costly and can strike from a distance, so they are quite cost-effective. It can be said that in whatever positions the US and its allies are preparing for attacks against China, our missiles should be ready to target those points.”

The review ignores ideas about missile defenses that have been proposed.

Rear Adm. Tom Druggan is right. The Navy needs to deploy its SM-6 missiles to Guam to defend against Chinese hypersonic missiles and ballistic missiles. Such missiles require an Aegis radar to operate effectively.

The Biden administration should negotiate an agreement with Australia to host an Aegis Ashore system to protect the base and deploy THAAD or SM-6 batteries there as well.

Some such as Adm. Phil Davidson, who commands the U.S. Navy in the Indo-Pacific region, have proposed building an Aegis Ashore radar on Guam, but that’s not likely in the near term. As Brent Sadler of the Heritage Foundation has pointed out, it may be more cost effective to refurbish one of the decommissioned Ticonderoga-class cruisers to act as a radar post in Guam, on Saipan and in Palau. This would enhance the island’s defensive capabilities.

Gen. George S. Patton said, “Fixed fortifications are a monument to the stupidity of man” because defeat is the logical end of that type of a strategy. Winning requires dynamism and the sort of adaptability the U.S. Navy showed under Fleet Adm. Chester Nimitz after Pearl Harbor.

This strategy review has all of the imagination of France’s Maginot Line.

The administration should look back to a plan devised in 2004-2005, under the leadership of then Vice Adm. Joe Sestak, that called for basing a carrier battlegroup in Guam. His review made its way through the chain of command and was approved. It was enacted by Congress as part of the Navy’s shipbuilding plan in 2005.

The review foresaw that China would become an emerging threat and detailed a need to have a battlegroup that could project power off the Chinese coast within 24-48 hours. The admiral still sees a need for this today.

Aircraft carriers offer a mobile ability to project power in a way that land bases that face direct attacks do not. Carriers have vulnerabilities, but an adversary must find them first. U.S. Aegis destroyers protecting a carrier can carry defenses to a wide array of weapons including China’s vaunted anti-ship ballistic missiles.

The U.S. Navy’s USS Carl Vinson battlegroup made a port of call in Guam last month in response to the Chinese threat, which shows that the Pentagon sees a tactical utility in having a second carrier battlegroup in the Western Pacific. The USS Ronald Reagan battlegroup is homeported in Yokosuka, Japan, and the Navy would be able to carry out 24/7 aerial operations if a second battlegroup were to be added in Guam.

The U.S. sent a strong message last summer when it surfaced three Ohio class SSGNs near China. Permanently basing them in Guam would send a further signal. Each SSGN carries up to 154 Tomahawk cruise missiles. Tomahawks can be fired without warning at Chinese targets within 1,000 miles.

China’s nuclear buildup and effort to engage in nuclear blackmail against its neighbors also requires a kinetic response. The U.S. should deploy intermediate-range nuclear missiles in Guam, in the Marianas Islands, and in the Aleutians on mobile launchers similar to those used by the Chinese and the Russians pointed at China[AS1] . It should be stated U.S. policy that any nuclear attack by China on an American ally will merit an overwhelming nuclear response.

The Eisenhower administration kept the Communists from taking Taiwan and its outlying islands in the 1950s by vowing nuclear retaliation if it invaded. The Biden administration doesn’t need to go that far, but it does need to unambiguously state that invading Taiwan would mean war.

The name of the game is deterring your adversary by showing them they would be defeated or severely harmed if they participated in any sort of aggression.

Similarly, defending U.S. interests also includes protecting space and cyberspace assets. It is essential that the Biden administration develop defenses to harden the flow of information to battlefield commanders in a time of war. The development of Chinese and Russian anti-satellite weaponry threatens America’s GPS, communications and intelligence gathering.

None of the above means anything if battlefield commanders lack real-time intelligence of the battlespace via space and cyberspace assets. Otherwise, they are deaf, blind and dumb. The Biden administration must pull the Defense Department out of the 20th century and into the 21st century.

The latest Global Strategy Review is a relic of the last century that gives China the upper hand. The good news there are options to deter Beijing while enhancing our own military capabitlies and those of our allies across the Indo-Pacific region.

John Rossomando is an acclaimed national security and defense expert. His work has been featured in numerous publications such as The American Thinker, Daily Wire, Red Alert Politics, CNSNews.com, The Daily Caller, Human Events, Newsmax, The American Spectator, TownHall.com, and Crisis Magazine. He also served as senior managing editor of The Bulletin, a 100,000-circulation daily newspaper in Philadelphia, and received the Pennsylvania Associated Press Managing Editors first-place award in 2008 for his reporting.