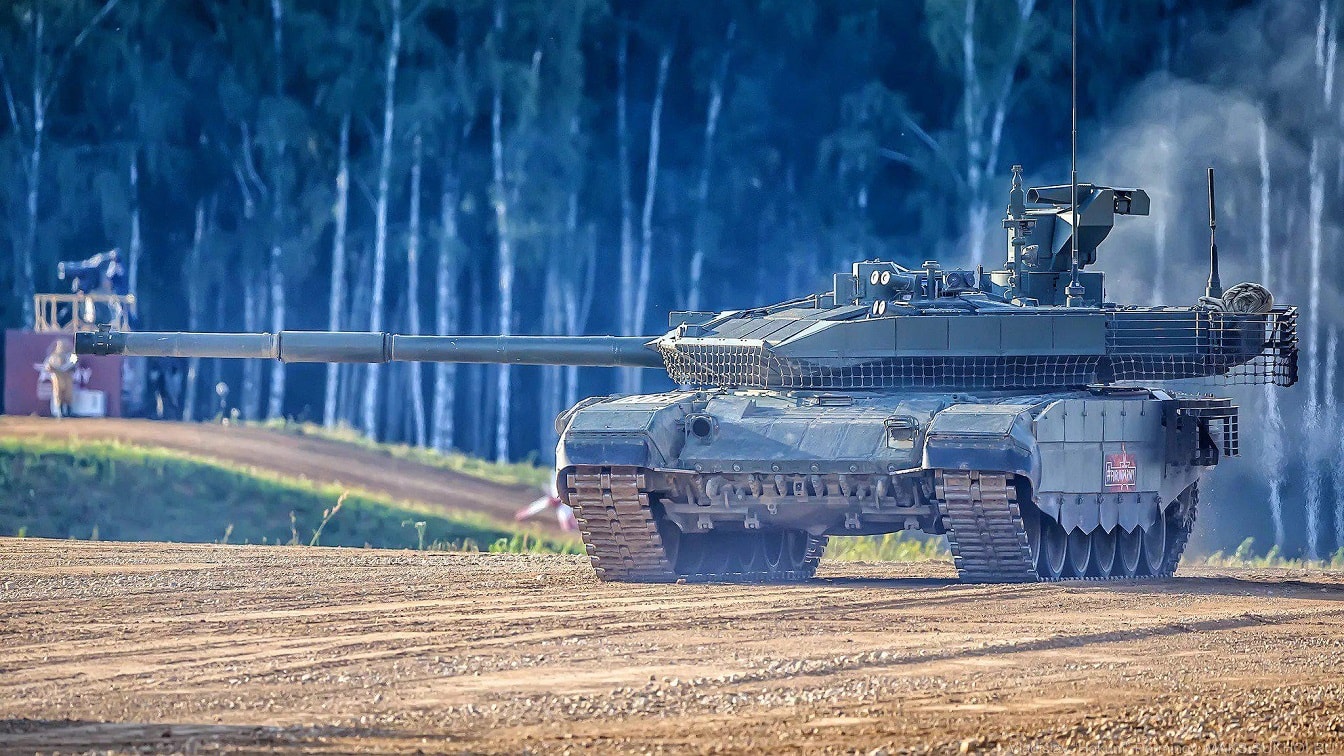 If Biden-Putin Talks Fail, Expect Moscow To Unleash Russia’s Modernized Military: This week, the U.S. and Russia will engage in diplomatic talks regarding the escalating tensions on Russia’s border with Ukraine. In the run-up to the negotiations, both sides have taken very hard lines in several phone conversations between U.S. President Joe Biden and his Russian counterpart, Vladimir Putin.

Russia also tabled drafts of two proposed treaties, one between Russia and the United States and the other between Russia and NATO, which make clear that destroying the Atlantic Alliance and dominating Europe, not conquering Ukraine, are Putin’s true objectives. Because Moscow has a narrow window in which it can leverage its current military strength in the service of its irredentist geostrategic objectives, a failure of the two sides to come to an agreement in the next few weeks is likely to light the fuse to a Russian military offensive against Ukraine.

Why Russia Would Attack: Its Military Is Modernized and Ready

The Russian Armed Forces have been conducting a multi-year military modernization program that is now bearing fruit. Its conventional forces have been reorganized and re-equipped to support a fast-moving “short war” capability. Backing this up is an integrated Anti-Access/Area Denial (A2/AD) capability centered on land-based air and missile defenses; thousands of dual-capable ballistic and cruise missiles; advanced electronic warfare and cyber systems; and counter-space weapons. Russia has also modernized virtually its entire strategic and theater nuclear inventory. Most ominously, it has begun deployment of its Avangard hypersonic ICBM and is close to deploying the Zircon ship-based theater-range hypersonic missile.

For most of the past decade, Moscow has been conducting a not-so-covert campaign to destabilize and potentially even reintegrate Ukraine into a new Russian empire. In 2014, Putin openly violated existing international treaties by seizing Crimea from Ukraine and sponsoring a separatist movement in eastern Ukraine.

Last year, Moscow intensified its military pressure along its border with Ukraine and mobilized forces in Belarus for the Zapad (West) military maneuvers, rehearsing conflict with NATO. These forces are supported by a large number of highly mobile combined arms brigades, airborne forces, Air Force units, and missile batteries.

Moscow’s immediate goal vis-à-vis Ukraine may be to recreate the old Soviet empire. Russian troops have already been deployed for years in Moldova, Georgia, Kyrgyzstan, Tajikistan, and Armenia. Last year Moscow sent a large contingent to Belarus and crack Spetznaz and airborne forces to Kazakhstan just a few days ago.

But President Putin is pursuing a grander, perhaps grandiose, strategy, aimed at establishing Russia as the preeminent power in both Eastern Europe and Central Asia. On December 17, Moscow put forward two proposed agreements, a “Treaty between the United States and the Russian Federation on Security Guarantees” and an “Agreement on Measures to Ensure the Security of the Russian Federation and the Member States of the North Atlantic Treaty Organization [NATO].”

As written, they would mean the demise of the Atlantic Alliance, the end of nuclear burden sharing, and the undermining of the U.S. contribution to NATO defenses. One of the two documents explicitly calls for unilateral limitations on the deployment of NATO forces and weapons in Eastern Europe and all the states of the former Soviet Union. As one expert on Russian national security policy makes clear, this is part of a classic Soviet and Russian strategy to gain unilateral advantage over NATO. Given Russia’s history of violating solemn agreements, why would we expect these to provide any measure of security?

Biden’s message in phone calls has established a hard line. He threatened severe economic and political consequences for any Russian aggression against Ukraine.

Likewise, NATO has explicitly stated it will not enter into an agreement that would limit its ability to bring new members into the Alliance. But it is increasingly evident that even if the Alliance were to enter a binding agreement not to bring Ukraine into the fold, Putin would still seek to subjugate that country and all of NATO to his will.

It is clear that Moscow expects to use its investment in advanced military capabilities to intimidate the U.S. and NATO. Kremlin spokesman Dimitry Peshkov characterized a recent test launch of the Zircon missile as an attempt to make Moscow’s demand for the withdrawal of NATO forces from Eastern Europe “more convincing.”

Putin has a narrow window through which to leverage his strengthened position, as Russia’s military advantages are a waning asset. Since 2014, the U.S. has been returning forces to Europe and building up its advanced military capabilities. U.S. Army modernization programs, such as Long-Range Precision Fires and Air and Missile Defense will create a NATO A2/AD capability to offset the one deployed by Russia. Finally, the U.S. will soon deploy an array of hypersonic weapons of its own.

Europe too, particularly during the Trump era, has been investing more in defense. The F-35 stealth fighter will soon dominate European skies. Germany has decided to modernize its ability to deliver nuclear weapons by acquiring the F/A-18 E/F. Poland, the linchpin of NATO’s eastern defenses, has a serious military modernization program underway and has invited the United States to deploy land force equipment on its territory. In addition to signing a contract to acquire 32 F-35s, the Polish military bought both the U.S. HIMARS rocket artillery system and the Patriot air and missile defense system. Most recently, Poland asked to acquire hundreds of M1 Abrams tanks from the U.S.

Putin will try to use his current advantages to cow the U.S. and NATO into submission. He must act now because he faces the long-term decline of Russia’s power as its military advantages are countered, its demographic problems intensify, and its economic performance remains subpar. If Putin does not seize the moment of maximum power to move against Ukraine and consolidate his hold over the former Soviet empire, he may lose the chance permanently.

While many Western observers have characterized an attack on Ukraine as a long shot, it is probably Moscow’s only shot. Therefore, if negotiations fail to produce a face-saving compromise, we should prepare for war.