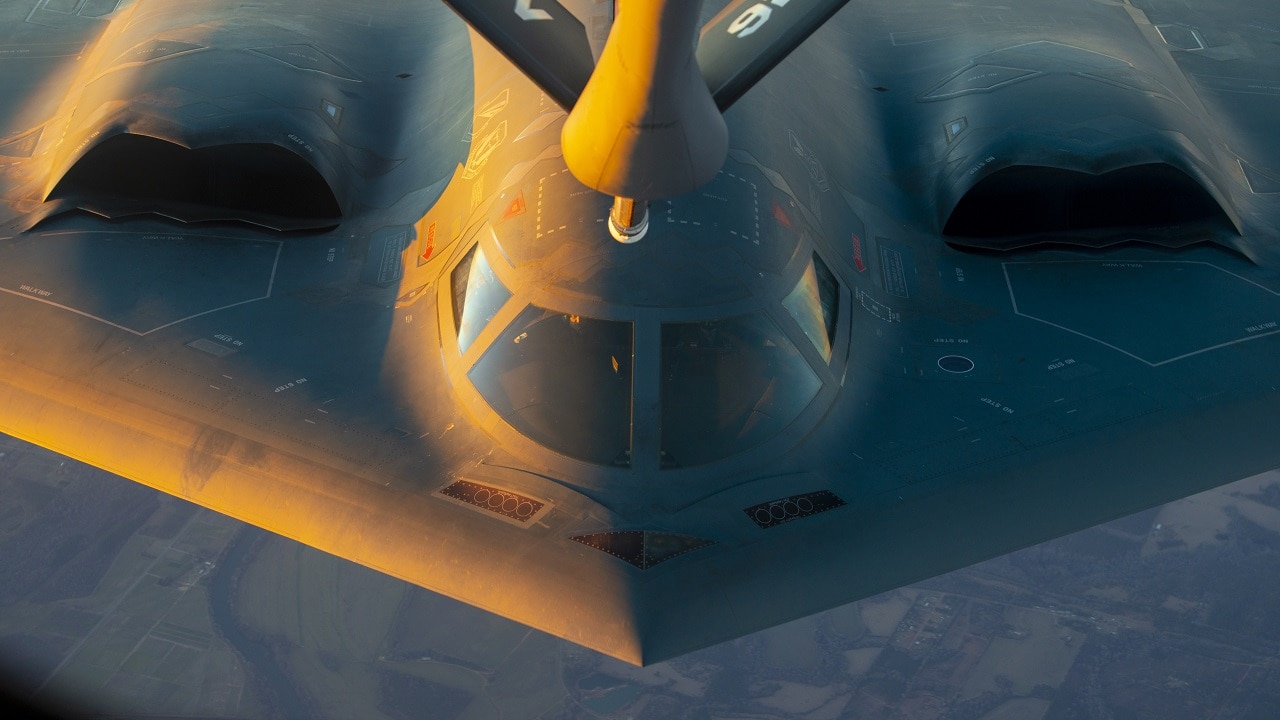 There was undoubtedly some performance in this statement, however, as U.S. offers of arms control and confidence-building measures have been aired weeks if not months earlier and were not some new breakthrough.

In fact, those proposal were spelled out in letters mailed to Russia by NATO and the United States in January. We know that because on February 2, those letters were leaked by the Spanish newspaper El Pais. According to Undersecretary of State for Political Affairs Victoria Nuland, El Pais likely obtained the copy from Russia, as that one had highlighter markings unique to the letter mailed to the Kremlin.

Oddly enough, the leaks simply revealed that NATO and the Biden administration’s offers to Russia were in keeping with their public statements. A theme that emerges is a focus on reciprocal ‘win-win’ measures designed to give security benefits to both sides.

Altogether the proposal would reduce the potential military threat Russia and NATO can pose each other on short notice, but brook no concession to Putin’s demands for one-way curtailments of NATO, nor offer to consign Ukraine to a Russian sphere of influence.

This article examines what those two documents tell us about NATO and Washington’s diplomatic offers to Russia. Meanwhile, a companion article focuses particularly on proposals to re-institute constraints on the deployment of missiles in Europe.

Washington isn’t interested in talking about who can or can’t be a member of NATO.

Putin’s central demands are that Ukraine—and every other country not already in NATO—be denied access not only to NATO memberships but even NATO assistance. Furthermore, Putin would like multinational forces banned from deploying in NATO’s Eastern European members.

Both the NATO and U.S. letters categorically reject these demands. The NATO reply states they expect “All states respecting the right of other states to choose or change security arrangements, and to decide their own future and foreign policy free from outside interference.”

Both Moscow and Washington get their feathers ruffled by each others’ military exercises. These provide an excuse to mass potentially large numbers of troops far away from their bases and could transition abruptly into some form of military action. In 2014, Russia notably staged “snap” exercises involving a staggering 150,000 troops near Ukraine just prior to its seizure of the Crimean peninsula.

An agreement known as the Vienna Document stipulates exercises above 13,000 troops that require advance notice and international observers. However, Russia has routinely abused loop-holes for snap drills and repeatedly drastically under-reported the size of exercises to avoid inspections, only for Russian state media to later report the presence of tens of thousands of troops.

The NATO letter specifically propose to “[lower] notification and observational thresholds” for exercises. The U.S. letter calls out to Russia’s flouting of Vienna, and proposes discussing “…measures to increase confidence regarding significant ground-based exercises in Europe, including but not limited to, notification commitments and modernization of the Vienna document.”

The U.S. also proposes more transparency regarding the activities of nuclear-capable strategic bombers like Russia’s Tu-160 Blackjack and Tu-95 Bear, or the U.S. B-52 and B-2 Spirit. The NATO brief also calls for “reciprocal briefings on Russia and NATO’s nuclear policies.”

NATO and Russian aircraft and warships range pretty widely across the globe—and sometimes receive prickly reactions from their counterparts. That includes an incident last weekend in which Russian jets buzzed dangerously within 5 feet of a U.S. Navy P-8A patrol plane.

Decrying past “unsafe maneuvers” by intercepting Russian sailors and airmen, the U.S. letters argue for exploring “additional measures to prevent incidents at sea and in the air….including by discussing enhancements under the Incidents at Sea Agreement (INCSEA) and establishing additional mechanisms for bilateral de-confliction.”

This likely implies working out rules to provide more notification of patrols and work out more stringent rules of good conduct governing intercepts.

Need our number? Here’s where you can call us.

After Russia’s seizure of Crimea in 2014, it was ejected from participating in several European security institutions. Both NATO and Washington are now proposing to open new hotlines to Moscow and open forums for discussion to make up for degraded communications.

The U.S. letter notes that NATO has held to the 1997 NATO Founding Act and “continued to refrain from the ‘additional permanent stationing of substantial combat forces’ and nuclear weapons in Eastern Europe.” The U.S. letter also points out it has one-quarter the number of troops in Europe that it had at the end of the Cold War.

But in a blue-highlighted sentence, the letter warns: “Further Russian increases to force posture or further aggression against Ukraine will force the United States and our Allies to strengthen our defensive posture.”

That implies that a permanently enlarged Russian military presence, or an invasion of Ukraine, could result in changes to that policy.

Due to increased tensions with Russia since 2014, NATO has created an Enhanced Forward Presence force consisting of rotating multinational forces (so as not to count as permanently based) in battalions deployed in East European NATO states.

Moscow’s letter effectively demanded a ban on NATO deployments like Enhanced Forward Presence, though the rotated-in forces remain small, equivalent to around two brigades—too few to withstand a real attack, let alone go on the offensive against Russia.

You stay out of Ukraine, we promise not to go in.

Putin often warns of the danger of NATO combat troops staging Ukraine, despite the Biden administration making clear it doesn’t intend to deploy combat troops or offensive missiles in Ukraine.

Thus, the letter proposes in a highlighted passage: “…commitments by both the U.S. and Russia to refrain from deploying offensive ground-launched missile systems and permanent forces with a combat mission in the territory of Ukraine.”

That trade, which the document says requires consultation with Kyiv, would essentially involve giving up something the U.S. doesn’t intend to do for Russia agreeing not do something it has already done before and seemingly may do again.

The wording does not exclude the types of military assistance the U.S. is presently providing Ukraine, which Moscow already complains about: military advisors and trainers (most of whom were withdrawn recently), support systems (jammers, communication systems, counter-battery radars, de-mining equipment etc.), and relatively short-range defensive weapons including sniper rifles and anti-tank missiles. Russian military personnel are also in the ranks of Russian-backed separatists in Eastern Ukraine.

It also seemingly leaves the door open for non-permanent rotations of combat troops, which could include participation in exercises, or a rotational deployment scheme like Enhanced Forward Presence.

Positions versus interests in Ukraine

In the field of conflict resolution, there’s a mantra that one must separate a party’s interests (their fundamental needs) from their positions, ie. the specific solution they propose to meet those needs. The former are more likely to be reconcilable than the latter.

Washington and NATO’s proposals offer mechanisms to fulfill Moscow’s professed interests in stability and decreased risk of unexpected military escalation. They do so by offering to increase transparency, downsize missile deployments in Europe, and reduce fears that one side could launch a devastating surprise attack against the other. Those offers could assuage the Kremlin’s professed fears without conceding Ukrainian sovereignty or NATO’s right to induct new members.

But it’s uncertain whether that’s really the Kremlin’s top concern. Putin by his own account does not really believe should have been independent from Russia in the first place. Thus he may see Ukraine’s movement away from Moscow’s sphere of influence (as a result of Putin’s 2014-2015 invasions, one must not forget!) as a de facto loss of a territory and challenge to Russia’s political system and economic fortunes.

If Moscow is harping up the NATO military threat to obscure different underlying interests, then that explains why U.S. offers to reduce that threat through arms control, and more transparency and predictability have been received with such limited enthusiasm—at least so far.

A companion article details U.S. offers for a new arms control regime on medium-range missiles and other non-strategic weapons, and their connection to the presently defunct INF treaty.

Sébastien Roblin writes on the technical, historical, and political aspects of international security and conflict for publications including the 19FortyFive, The National Interest, NBC News, Forbes.com and War is Boring. He holds a Master’s degree from Georgetown University and served with the Peace Corps in China.  You can follow his articles on Twitter.