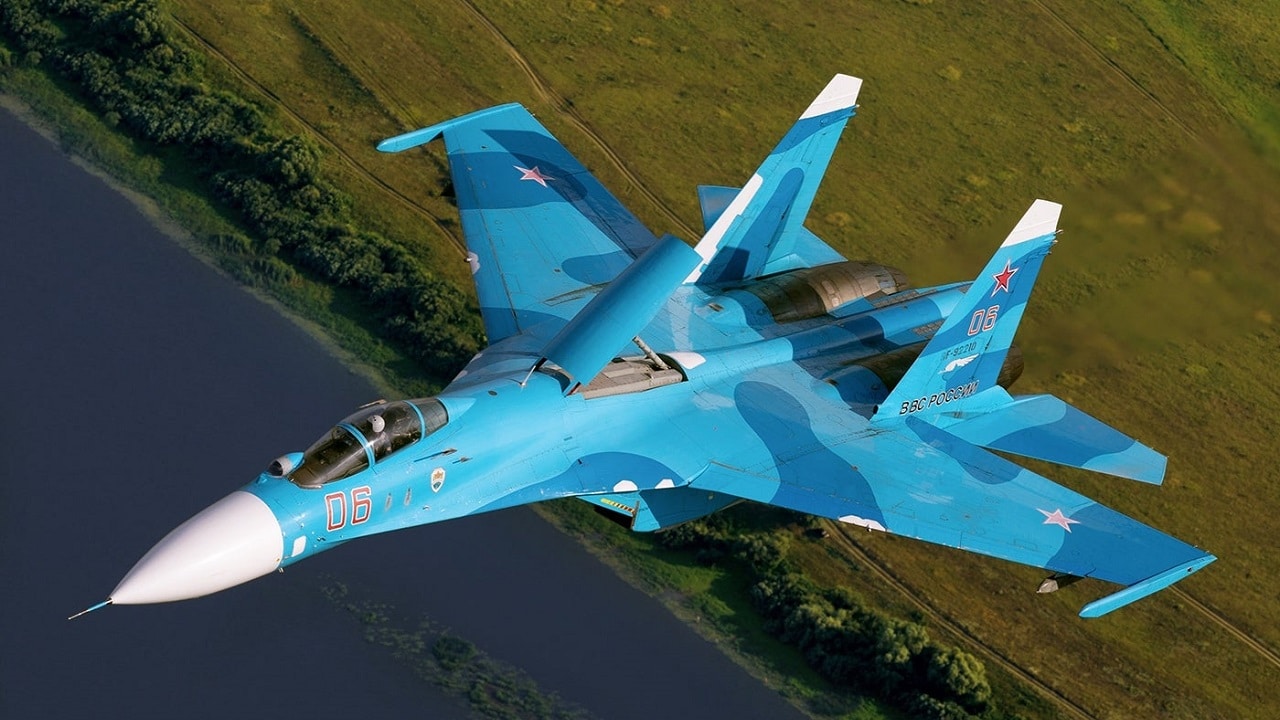 The Su-27 is truly an old fighter jet born during the Cold War. And yet, she remains on the front lines of Russia’s air force and challenges NATO fighter jets all the time. Here is her story:

The Sukhoi Su-27 Flanker was designed to compete with the American F-15 Eagle and F-14 Tomcat and it matched up very well 40 years ago. It came out of development in the 1980s armed to the teeth with great speed and excellent agility. It is still flying with the Russian Air Force today and has been a tried-and-true airplane, despite some air show accidents and a dearth of actual combat experience.

Able to execute delicate maneuvers, the Flanker used to be the go-to airplane for the Russian Knights aerobatic team of the Russian Air Force. It had always been a crowd favorite at air shows, although there were deadly Flanker crashes in 1995 and 2009 during Russian Knights missions. Also, during the airplane’s development, several pilots were killed during testing. But the Su-27 has set over 30 world records for various performance feats for altitude and payload.

The Flanker Has Great Specs

The Su-27 has an excellent range because it was meant to be able to engage American B-52 and B-1 bombers. It can carry up to 10 missiles or a combination of bombs and missiles, along with its 30mm cannon. A pilot’s helmet sight can launch the high-performing Archer air-to-air missiles. The Flanker can fly at MACH 2.35. Russian Cold War-era airplanes such as the MiG-29 were plagued by bad electronics, so the Flanker got an improved avionics system.

The Su-27, surprisingly, has seen little combat. Export models have flown in the Angolan civil war and the Ethiopia-Eritrea civil war, both sides of the current Ukrainian frozen conflict, and in Syria. The air-to-air combat happened during the Ethiopia-Eritrea conflict when an Ethiopian Su-27 downed an Eritrean MiG-29. The Flanker has not been supplied for guided munitions, which hurts its performance as an air-to-air interceptor.

The Su-27M variant was set up for better air-to-ground capabilities with improved counter-measures. Sukhoi later renamed this airplane the Su-35. The Su-27K is a naval warplane designed for carrier use on the problematic Admiral Kuznetsov.

Although a high performer and an airplane that would give the F-15 fits, the Su-27 is no match for the American F-35 and F-22 stealth fighters. There are no reported plans to cover the Flanker with radar-evading material on the wings and fuselage. It does not have guided precision air-to-air missiles such as the American “fire and forget” AIM-120 AMRAAM or the AIM-9X Sidewinder. It does, however, have powerful thrust-vectoring engines and could conduct some maneuvers that would be a challenge for American stealth fighters.

The Su-27 is a capable airplane and is one of the best 4th-generation fighters in the world. It has a high range and great capacity for weapons. The lack of radar-evading capabilities stands out as a weakness. And it has not experienced enough combat to rate its features on a head-to-head basis with other air superiority warplanes, but it should be taken seriously by American planners as they look at Russian air-to-air battle capabilities.