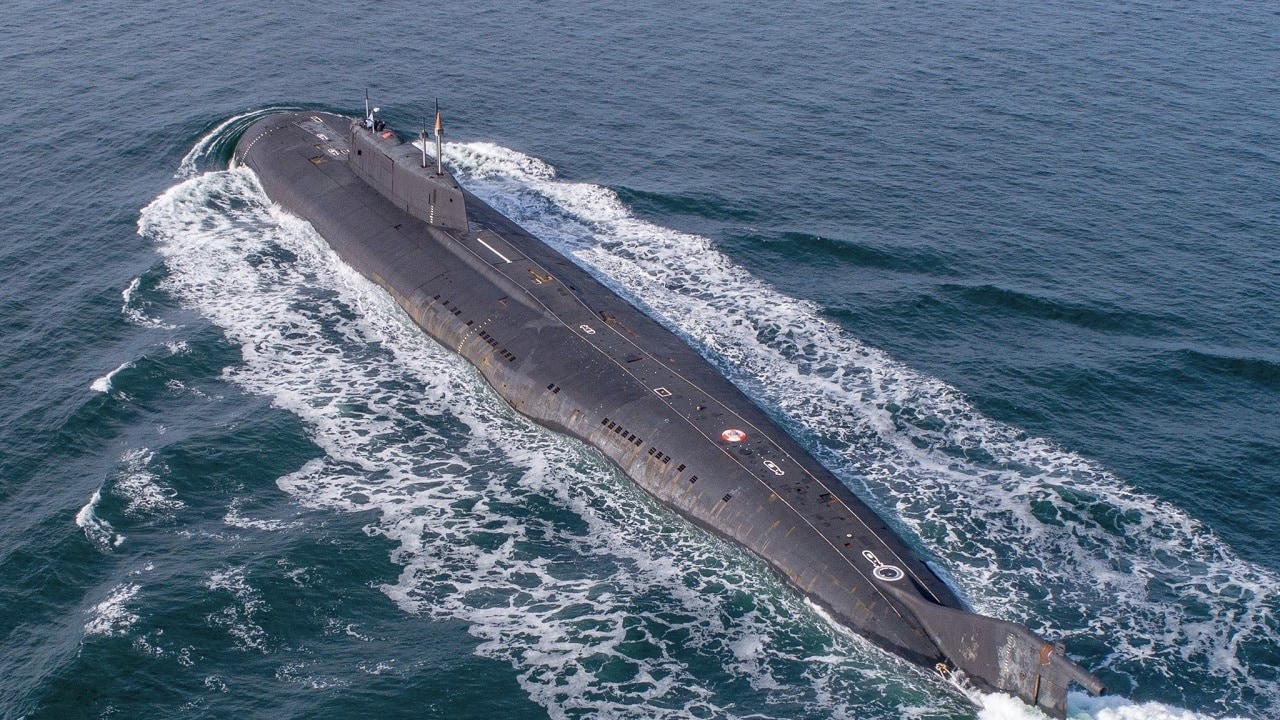 What Do We Know About Russia’s Laika-Class Submarines? Not Much – In 2014, reports first circulated that Moscow could be developing a new nuclear-powered attack submarine, but it wasn’t until April of 2019 that the St. Petersburg-based Malakhit Marine Engineering Bureau – a subsidiary of the United Shipbuilding Corporation – which had previously designed the nuclear-powered November, Victor, Alfa and Akula classes – confirmed that it was working on the new Project 545 Laika-class (“Husky-class“), with a goal of having the first submarine constructed by the end of 2030.

According to Navy Recognition, fifth-generation nuclear submarines are distinguished from predecessors by unified prospective robotized complexes.

The “fifth-generation” submarines are reportedly smaller than the current fourth-generation Yasen–M-class SSGN submarines but would incorporate the older class’s double hull design with the outer hull made of composite materials to decrease the reflection of the opposing sonar. The composites would also be used in the construction of the bow and stern rudders, stabilizers, mast housing, propellers and axle lines.

As a result, the Laika-class boats would be even quieter than previous Russian submarines but also weigh less. The Project 545 submarines reportedly have a displacement of 11,340 tons and are capable of reaching a maximum speed of 35 knots, while having 90 days of autonomy and a maximum submersion depth of 600 meters. The crew of the submarine is to be approximately 90 men including officers and sailors.

The new fifth-generation submarine will apparently have a completely new reactor to replace the long-used water-cooled VVER (water-water power reactor). The same reactor is expected to be employed with the Lira-class SSN of Project 705.

The Laika-class Will Have Many Roles

In addition, the Project 545 submarines would reportedly combine the roles of multi-purpose and strategic submarines, thus being able to use both cruise and ballistic missiles depending on the task and modular configuration.

The main armament of the boats could include the 3M-54 Kalibr and P-800 Oniks anti-ship cruise missiles as well as the 3M22 Zircon hypersonic cruise missiles, making it a well-armed adversary for sure. Moreover, the submarines are also projected to be armed with the MARVed ballistic missiles that are currently in development at the Makeyev Rocket Design Bureau.

While few new details have been confirmed about the Laika-class, the issue is whether cash-strapped Moscow will move forward with the new class, especially as serial production is finally beginning on some of the Russian Navy’s other submarines and underwater cruisers. The Kremlin has been quite ambitious about developing the potential next big thing, but has shown poor execution in actually following through and getting those projects into active service.