Ukraine Has Stand-off Ballistic Missiles Too – The war in Ukraine is consumed with stand-off missiles. Whether it’s the Russian Iskander land attack or the sea-launched Kalibr cruise missile or the Ukrainian use of Javelins and Stingers, missiles are becoming a major feature of modern warfare. It has remained under the radar, but the Ukrainians have their own short-range ballistic missile called the Tochka that is starting to make its presence known. The Tochka specializes in destroying buildings and the Ukrainians may have used it to pulverize a structure that housed pro-Russian separatists in Donetsk in a strike that killed 23 people on March 14.

What Happened With the Tochka Strike?

Both the Ukrainians and Russians have different accounts of the Tochka incident. The Russians say that they shot it down and the fragments killed the civilians, which allegedly qualified it as a war crime. The Ukrainians denied that they fired the missile in the first place. Either way, this use case displayed the power of the weapon. The Russian also claim they shot down a Tochka launched by the Ukrainians on March 19 in the southern part of the country near the port of Berdyansk.

What Are the Tochka Specs?

The Tochka-U (SS-21 Scarab-A) is a road-mobile short-range ballistic missile first assembled during the Soviet-era. It entered army service in 1976 and was later exported to Ukraine. The solid-fueled missile has up to a 75-mile range with an inertial guidance system. The Scarab-B variant adds GPS targeting.

Both can go after structures, airports, command and control facilities, radar installations, and anti-aircraft systems. The fragmentary warhead with submunitions can attack troops in the open or make holes in runways. The Ukrainians have an estimated 90-missiles. Another estimate conducted by the Center for Strategic and International Studies says Ukraine may have as many as 500 of the missiles.

Each single-stage missile is 21-feet long and weighs 4,400 pounds. The warhead is 1,058 pounds. Warheads are high-explosive, but under the Soviets, the missile was nuclear or chemical-capable. The missile is launched from a 6X6 truck. It takes only 16 to 20 minutes to fire a projectile once the vehicle is stationary. After launch, the vehicle can take off again in 90 to 120 seconds. It takes 20 minutes to re-load and a Tochka support vehicle carries the additional supplies of missiles.

How Should Ukraine Use Them?

It’s not clear what the tactics are with the Ukrainian Tochka. It appears they are deployed in Donbas and in the south of the country.

But what is the plan for use? The Russians have demonstrated clearly that stand-off missiles and conventional artillery are the main tools in their bombardment of cities and military targets. These are Russian siege tactics. So far, the Ukrainians, if reports are accurate, have not used ballistic missiles as part of a clear defensive operational or tactical plan. 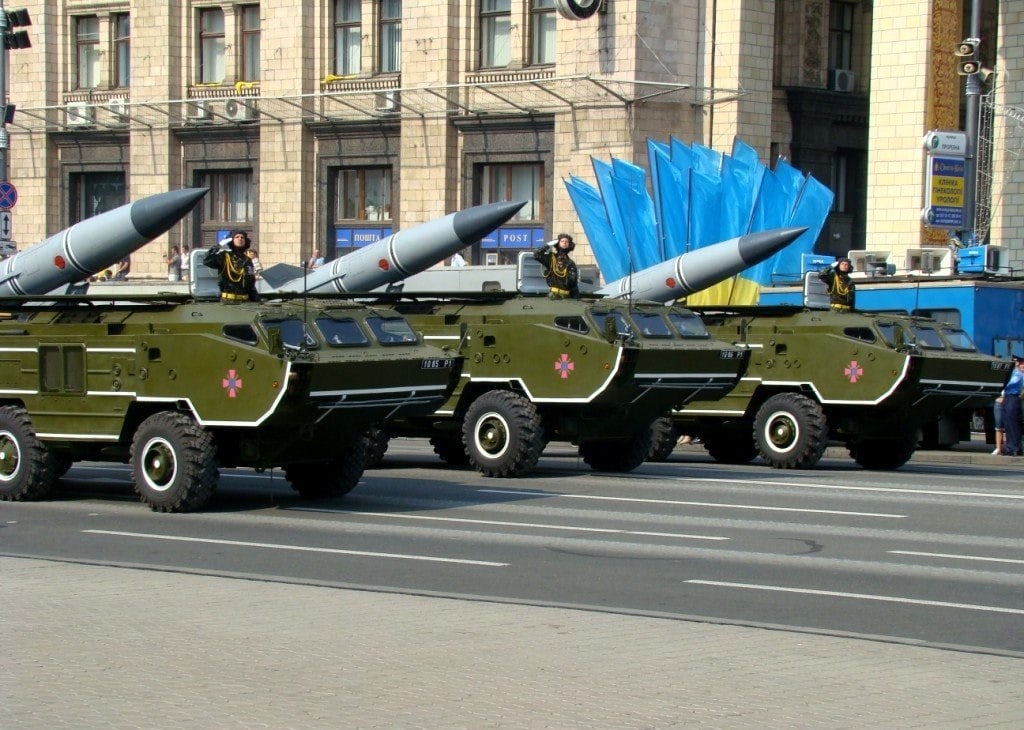 It would make sense for the Ukrainians to incorporate their Tochkas with conventional artillery and use drones for targeting. This could be accomplished with the Polish FlyEye spotter mini-drone. The hand-launched FlyEye can collect targeting data and damage assessment to make missile strikes more accurate.

So far, Ukrainian President Volodymyr Zelenskyy has asked for numerous weapons systems, but his requests have mainly focused on fighter planes, tanks, and anti-tank or anti-aircraft missiles. The Ukrainian high command may want to forge a plan for short-range ballistic missiles for the defense of the country. The Tochka is mobile and could be deployed in various cities that are endangered by Russian siege tactics. This could be a substantial piece of hardware to thwart Russian advances.