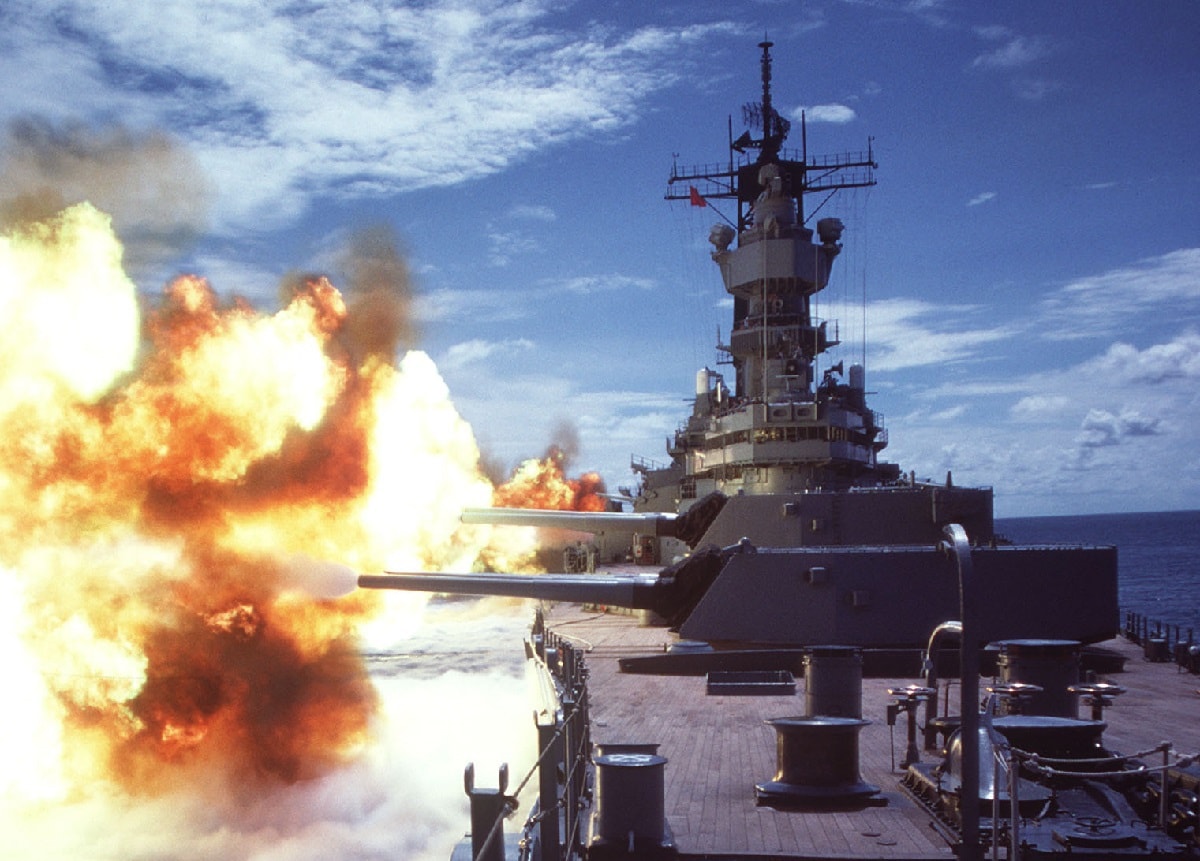 The US Navy had a big dream for a class of battleships that would easily be the most powerful ever to sail. And yet, even before the first ship was built, the Montana-class was canceled as naval technology had turned away from the battleship and towards aircraft carriers: Today, no navy in the world operates the slow, lumbering battleships of earlier years. However, during the Second World War, multiple powers looked to see how large of a warship could be produced.

In the case of the United States, it was the class of warships that was never built, the Montana-class – authorized under the “Two Ocean Navy” building program and funded in Fiscal Year 1941. They would be the last battle wagons ever ordered by the U.S. Navy. The ships were nearly a third larger than the preceding Iowa-class, and at 920 feet in length and with a beam of 121 feet, and a displacement of 60,500 tons – 71,000 tons with war load – would have been even larger than the HMS Vanguard, the last battleship to be built and see service.

A total of five of the massive warships were ordered, with the lead in her class (BB-67) to be built at the Philadelphia Navy Yard along with the Ohio (BB-68); while Maine (BB-69) and New Hampshire (BB-70) were to be constructed at the New York Navy Yard in Brooklyn; with the Louisiana (BB-71) built at the Norfolk Navy Yard in Portsmouth, Virginia.

The vessels would have required a crew of at least 2,355 personnel – and perhaps as many as 2,780 if fielded as a flag ship of the fleet. And yet, none of them ever made it into the open oceans. Why?

Sailing Out the Big Guns (Slowly)

Each of the six ships was to carry a dozen 16-inch guns, three more than the Iowa-class, but its massive size increased armor, and added firepower came at some notable costs.

Then there is the argument that this class was really meant to be a “Yamato killer,” capable of taking on the Imperial Japanese Navy’s powerful battleship. The truth is that the United States Navy didn’t actually know about the Yamato‘s 18-inch guns until 1944, so clearly, the Montana-class, which was on the drawing board far earlier, wasn’t simply meant to take on the Japanese behemoth.

However, before construction began the changing tide of war, and the impact that the aircraft carrier had in pushing back the Japanese made it clear that the Montana-class was not the right ship for the job. The Navy’s need for more aircraft carriers, and amphibious and anti-submarine vessels resulted in a suspension of the program in May 1942 before a single keel had been laid.