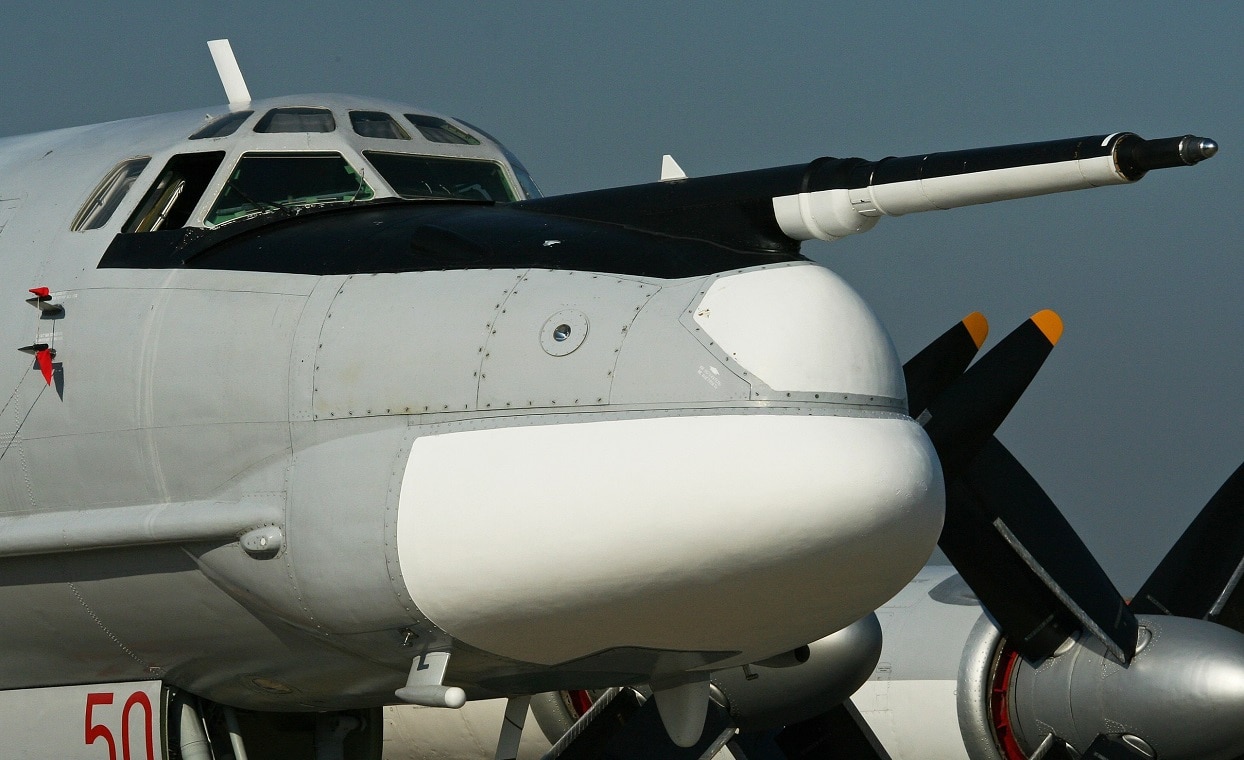 Reports are breaking that Russia is firing missiles at Kyiv using the Tu-95 bomber, what some refer to as a giant missile truck. While the plane is quite old and dates compared to newer bombers, the old Russian plane still can do a lot of damage. We asked one Russian defense expert to explain its utility today: Despite its current configuration being a product of the late Cold War and that its original variant was developed more than 60 years ago, the Tu-95 remains a critical element of Russia’s nuclear triad. The Bear (as it is called by its NATO designation) is one of the most distinctive aircraft of Russia’s strategic bomber fleet, in large part due to its characteristic turboprop engines.

While it is yet to see significant combat employment in Ukraine, the Bear remains a significant workhorse bomber of the Russian Aerospace Forces.

The four Kuznetsov NK-12MP turboprop engines which propel the Tu-95 make it unique among other bombers of its class and era and help to give it a range (15,000 kilometers) and a cruise speed (710 kph) that is comparable to the similarly-aged American B-52 bomber. These turboprop engines use contrarotating propellers, which makes the aircraft one of the fastest propeller airplanes on the planet, but also generates a significant and notable amount of noise.

Development of the first iteration of the Tu-95 as an independent project began as early as 1951, and a prototype of the aircraft first flew in 1952. As was expected when the Bear was first developed, the Tu-95 is equipped with tail guns, and even today’s Tu-95MS includes two twin-barrel 23mm GSh-23 cannons. However, the aircraft would likely be forced to rely more on chaff and electronic countermeasures in a modern combat situation, so some debate exists about why the Tu-95 continues to hold onto its tail guns.

The Tu-95MS variant was first introduced to the Soviet Air Force in 1981 and has since become the mainstay of Russia’s fleet of Bears.

Original models from the 1950s and 1960s themselves were not modernized and were instead retired, with the Tu-95MS taking their place over time.

In its new configuration, the Bear’s previous emphasis on dropping unguided bombs has given way to a new role dedicated to launching nuclear and conventional cruise missiles, since the simultaneous development of air defense and interceptor technology has made bombing missions much more hazardous. Another current derivative of the Tu-95 is the Tu-142, which is a naval variant of the Bear designed for naval reconnaissance and search and destroy missions.

Despite its long service history across a variety of variants, the Tu-95 has only rarely seen combat. The first use of the Bear was claimed by Russian state media in to have taken place in 2016 in support of Russia’s military intervention in Syria on the side of Syrian dictator Bashar al-Assad. In this case, the modernized Tu-95s involved in the mission operated out of an airbase located in Russia and struck ground targets in Syria with Kh-101 cruise missiles.

55 modernized Tu-55s were reportedly in Russian service as of 2020. Tu-95s and derivatives of the bear like the Tu-142 previously were operated by India and Ukraine, although Ukraine quickly disposed of its inherited Bears after the collapse of the Soviet Union in compliance with strategic arms control treaties and out of upkeep cost concerns.

While its modernized version is undoubtedly a product of the late Cold War, the Tu-95MS will likely remain a premier Russian strategic arms platform for the foreseeable future. Given the sclerotic state of Russia’s defense R&D and procurement processes, Moscow may have no choice but to extend the service life of the Bear even further, pending the emergence of a viable replacement.