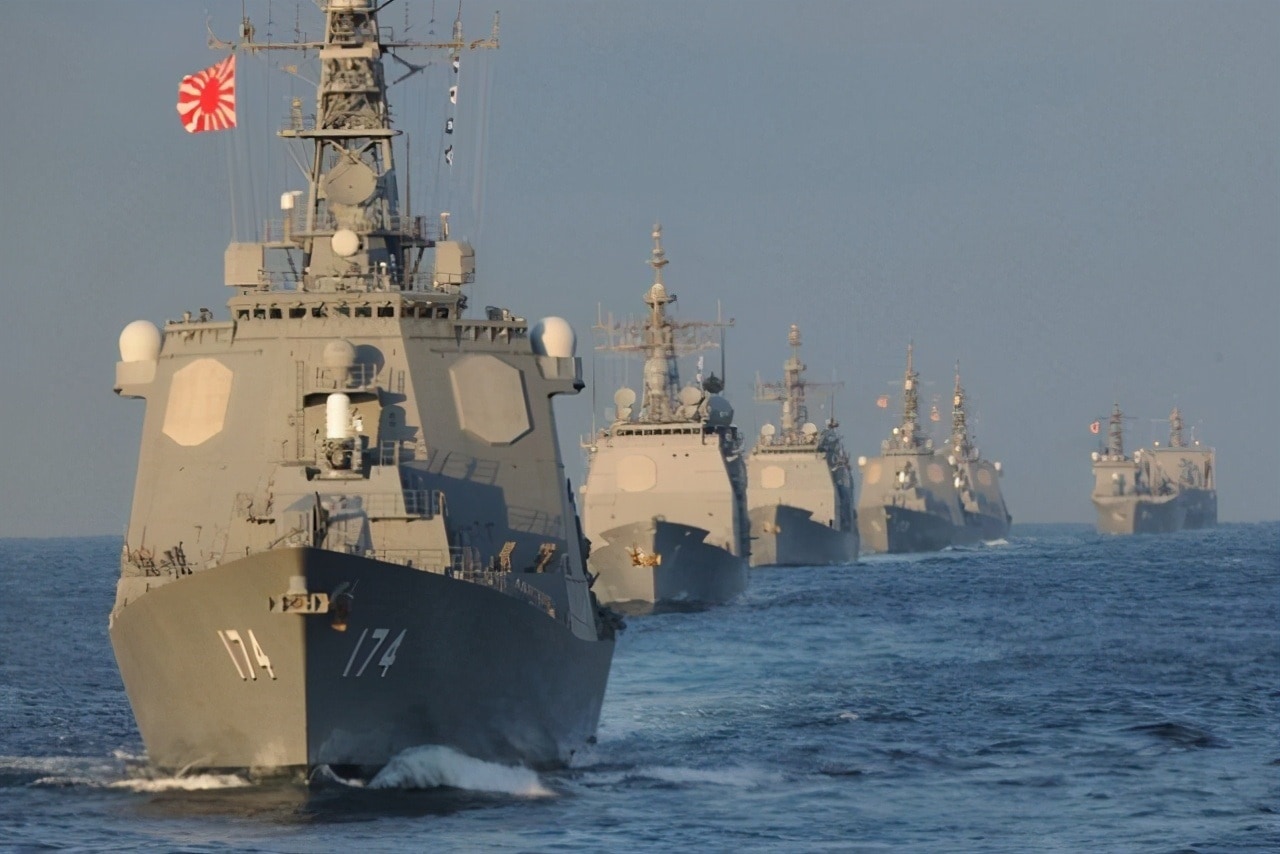 If you harbored any doubt that the first island chain represents the focal point of strategy, counterstrategy, and counter-counterstrategy in the Western Pacific, take a gander at recent developments out of Tokyo and Beijing. Exhibit A: the Japan Ministry of Defense released Defense of Japan 2022, an official statement wherein the ministry takes stock of Japan’s strategic surroundings and explains in general terms how it intends to manage them.

Girding for battle along the Ryukyus chain constitutes a major part of deterrence for Prime Minister Fumio Kishida and Defense Minister Nobuo Kishi. Doing so, proclaims Defense of Japan 2022, will make “opponents realize that doing harm to Japan would be difficult and consequential.” If China’s People’s Liberation Army (PLA) lacks the military capability to seize islands along the Ryukyu Islands chain—or if it can’t seize them at a cost worth it to Beijing—then Chinese Communist Party magnates should desist from making the attempt.

That’s Deterrence 101. And it’s why, in the strategy document’s words, Tokyo is budgeting for “one integrated ‘Defense Strengthening Acceleration Package.’” In other words, the Kishida government is in a hurry to ready Japan’s defenses. And a good thing, too.

Defense of Japan 2022 sketches (scroll down to page 4) one of the better practical portrayals of how island-chain defense works that you’ll see. It involves stationing compact Japan Ground and Air Self-Defense Force units along the Ryukyus chain. Armed with anti-aircraft and anti-ship missiles, ground-force units will strive to deny attacking PLA forces access to seas and skies adjacent to the islands, and thus to the islands themselves. Air and ground forces will fight alongside Maritime Self-Defense Force units prowling nearby waters, ready to pummel hostile shipping and aircraft.

The product of their labors: a daunting joint defense able to deny the PLA access to Japanese territory. Access and area denial is not just a Chinese thing.

This defensive scheme draws on martial logic spelled out eloquently by German field marshal Helmuth von Moltke over a century ago. Channeling Carl von Clausewitz (and as interpreted by Julian Corbett), Moltke observed that holding something is easier than taking it. Tactical defense, that is, represents the strongest form of warfare. That being the case, the best strategy for a contender pursuing strategic defense is to seize an undefended or lightly defended parcel of land, or some other object it covets. It makes the opening move, waging tactical offense on the cheap. Once ensconced in that place, it defends it. It reverts to tactical defense in the service of strategically defensive ends.

In strategy as in legal affairs, possession is nine-tenths of the law.

Japan is putting Moltke’s logic to work in peacetime. It can do so at low cost and risk since it already holds the contested ground. By fortifying the Ryukyu archipelago, the Self-Defense Forces have in effect dared their Chinese antagonists to cross hundreds of miles of water under fire before attempting an opposed amphibious assault—among the most arduous feats known to military folk. This proactive approach marks a welcome departure from previous Japanese strategic documents, which spoke of retaking islands after they had fallen to Chinese arms.

That more passive approach could have forfeited Japan’s Moltkean advantages in part or in whole.

While homeland defense is the chief benefit Tokyo espies from arraying forces along the southwestern islands, access denial bestows another major boon on Japan and its chief ally, the United States. Namely, it bottles up sizable segments of the PLA Navy within the China seas, not to mention China’s merchant fleet. Use naval and air power to close the Ryukyu straits, the Tsushima Strait, and the Taiwan Strait to sea and air traffic, and you can bring some military and economic hurt to China. This is not lost on PLA commanders or their political masters. It’s doubtless part of why they’re so consumed with conquering Taiwan. Control of the island would hand them control of both shores of the strait, bolstering their efforts to keep that passage open in time of war.

Without such control the PLA Navy fleet could find itself fragmented between north and south.

And the logic of island-chain containment could apply south of Taiwan as well, although the diplomatic dimension gets dicey along the first island chain’s southerly arc, made up chiefly of the Philippine Islands and Indonesia. Think about it. No Chinese harbor outflanks the first island chain, which ambles southward and westward all the way to the Strait of Malacca. Defenses emplaced along the island chain could cement an unbreakable barrier to Chinese maritime movement. But again, convincing Manila or Jakarta to unite behind such a scheme could prove nettlesome. They see value in good relations with China, mainly for economic reasons, and thus they blanch at the thought of affronting their giant neighbor.

Yet the military logic of island-chain defense holds. The visuals in Defense of Japan 2022 convey this logic vividly. A well-crafted picture speaks louder than a thousand words.

Exhibit B: meanwhile the Chinese Communist Party-affiliated tabloid Global Times reported, with its customary bravado, that the PLA Navy leadership expects to declare two of its supersized Type 055 guided-missile destroyers fully battleworthy by year’s end. The destroyers, classified as cruisers in the West, will then undertake “island chain-breaking far sea operations like encircling Japan and patrolling near Alaska.”

Three points. One, it’s easy to lie to others or yourself with maps, just as with statistics. Mental maps commonly distort cartographic reality. As Defense of Japan 2022 notes, deployments along the Ryukyus constitute a deterrent in peacetime. By definition no one is battling anyone in peacetime. The Self-Defense Forces (and their U.S. allies, notably the U.S. Navy, Marine Corps, and Air Force) intend peacetime deployments to put the PLA on notice that the allies could deny access to the islands and close the straits in wartime.

So The Global Times scribes are engaging in puffery. There’s no chain to break in peacetime; no one will obstruct the PLA Navy’s access to the Pacific. There are merely maps with lines inscribed on them to depict a concept of wartime operations. Making those lines solid implies something false. To use a football analogy, on the gridiron it would be easy to break into an opposing team’s backfield if its hulking linemen made no effort to block you. Standing idle says little about how the competition would play out come gametime.

Two, if war erupted while Type 055s or other units were operating outside the first island chain, they wouldn’t be able to return home so long as the allied barricade held. For a time the ships could provide some combat value by operating east of the island chain, helping mount a 360-degree assault on the islands’ defenders. But dispatching warships beyond the island chain during times of tense peace would be an exceedingly risky practice for Beijing. Where would their logistical support come from should the allies close the straits with them outside? Without regular stocks of fuel, ammunition, and stores, Chinese task forces would wilt in short order.

Now, if the Type 055s could puncture a defended island chain, gaining access to the broad Pacific, then the Global Times would have something to crow about. But that’s doubtful. And the more doubtful Japan and America can make it, the better their prospects for deterrence.

So, three, there’s little cause for Japan, its allies, or its friends to quail at the sight of PLA Navy assets operating in the broad Pacific. Appearing off your adversary’s coasts was daily routine during the Cold War—as we sailors of increasingly grizzled years can attest. Forward deployments stretch out your adversary while sowing doubt about what you might do should cold competition go hot. Such demonstrations promise to resume being standard fare during whatever we’re calling the strategic competition we are now in.

But there’s less reason to fret than it might seem when PLA Navy ships of war appear east of Japan or off Alaska.

Japanese mapmakers are not helping things. Like their Chinese counterparts, their handiwork sometimes conveys false impressions. The Japanese authorities track Chinese (and Russian) naval movements closely. When plotted on the map as solid lines, the courses traced by hostile aircraft and ships look like ramen noodles spilling into the Western Pacific. Or, less amusingly, they resemble cords encircling—and constricting—Japan. Such visuals could exacerbate anxieties among the Japanese political leadership, the military, and especially the populace at large. 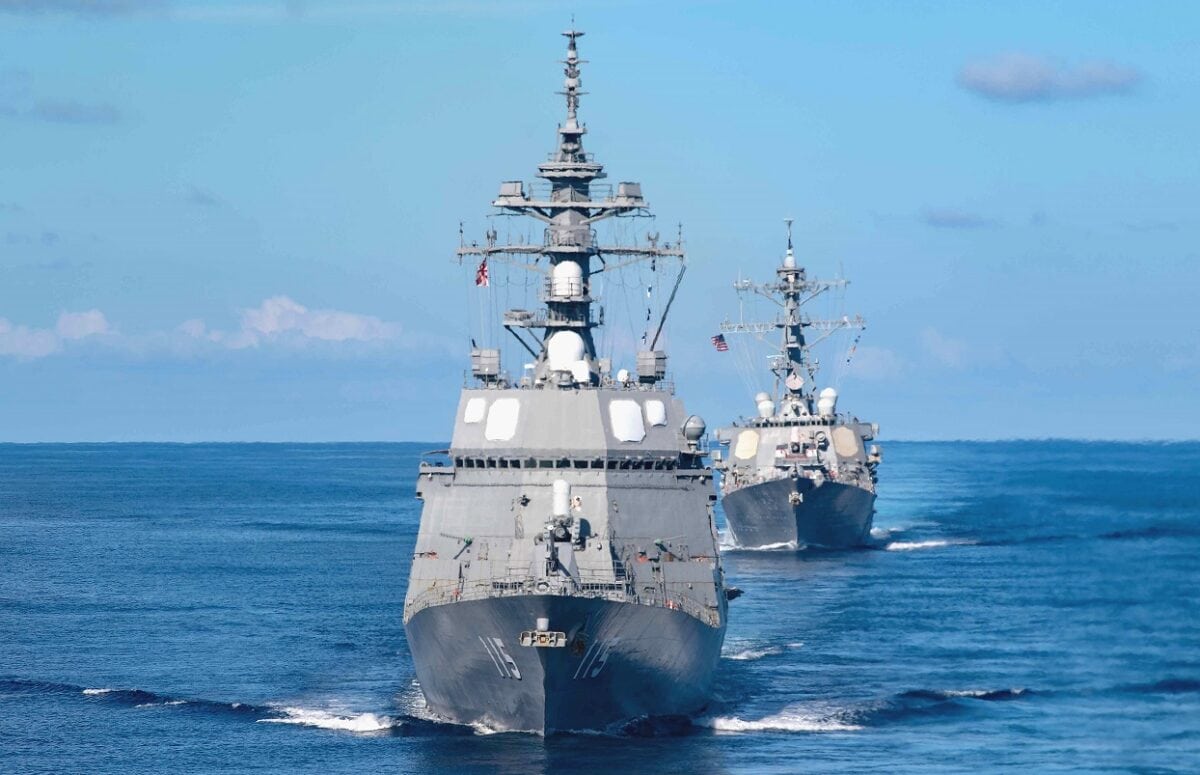 That’s what Beijing is counting on when it essays such shows of force. But it’s important to keep them in perspective. These are not solid barriers. They merely indicate the track a ship or plane followed while transiting from point A to point B. Such maps denote a transitory presence in Japan’s environs, as compared to the relatively firm barrier manifest in a fortified first island chain. So Japanese should interpret imagery with a skeptical eye, and they should take heart. They retain the geographic advantage over China in a marine contest of arms. If they harness that advantage effectively, they still stand a good chance of deterring or quashing Chinese misadventures.

Revise your mental map of the region accordingly—and get ready.