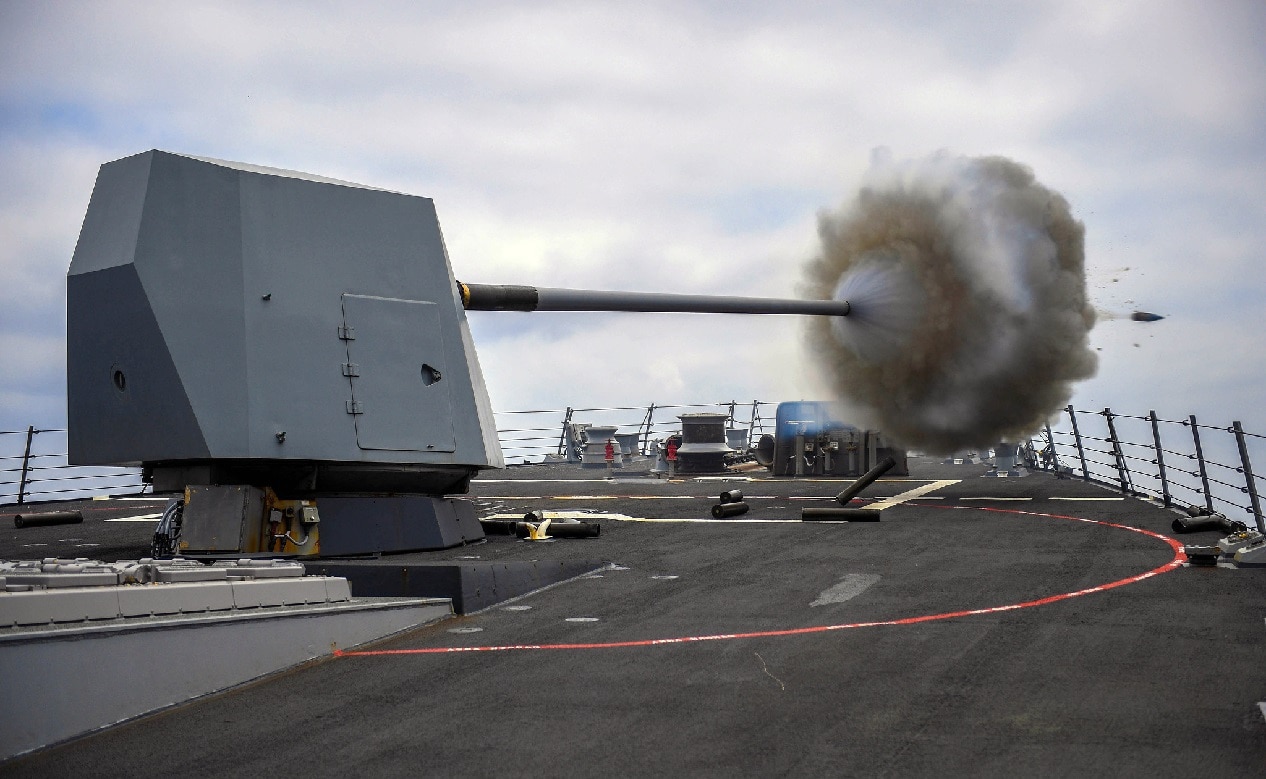 A War Against Both China and Russia? The United States now finds itself embroiled in crises in both Europe and the Pacific. The Russia-Ukraine War has settled into an uneasy stalemate that nevertheless risks escalation. The visit of Speaker of the House Nancy Pelosi to Taipei has triggered a ratcheting of tensions over the long-term status of Taiwan. It is not likely that either of the current crises will escalate, but Washington could find itself fighting (or proxy fighting) against two great powers in two different parts of the world.

How much pressure could this put upon the United States?  Much depends on the nature of the conflict in each theater, but it is likely that the US could sustain the war in both theaters for quite a while.

The War in Ukraine

The Russia-Ukraine War has become a proxy conflict between Moscow and the West, with the US, in particular, dedicating huge amounts of sophisticated weaponry.

Currently, the Ukrainian armed forces are generating enough fighting power to prevent Russia from conquering a broader swath of the country. The US and its NATO allies are supplying weapons, economic aid, logistical support, and intelligence to help the Ukrainians fight. The United States has supplied the greatest portion of foreign equipment used by Ukrainian forces in their ongoing fight against Russia, but the rest of NATO has also chipped in to considerable effect. Arguably, Washington provides the political glue that holds the coalition together, but most of the European capitals have committed to the war with or without the United States. Despite the costs of the war (in terms of equipment) and the costs generated by the war (in terms of economic dislocation and energy supplies) the Europeans at the moment seem willing to continue to provide support for Ukraine.

What if Russia decides to escalate? In Europe, NATO forces hold what is likely to be a decisive edge over the Russians in all conventional capabilities. This advantage is most pronounced at sea and in the air, where the navies and air forces of the European members of NATO easily surpass in size and capability the forces that Russia has currently engaged in Ukraine. And if Russia does decide to escalate it will likely eliminate any residual caution on the part of the rest of the alliance to resist Russian aggression.

A military conflict over Taiwan could nevertheless shift the balance of the Russia-Ukraine War. China would likely lose any residual reluctance to aid Russia’s war effort, up to and including the dispatch of equipment and personnel. Russia’s economic situation would ease somewhat, at least relatively, as world trade networks would experience complete disruption.

For a fight over Taiwan, the United States would require high-end naval and air assets that are not currently in use near Ukraine and that, in any case, would provide overkill against Russia’s stretched and outdated forces. This includes the most important vessels in the US Navy (including attack submarines, cruise missile submarines, carrier battlegroups, and amphibious battlegroups) but also the advanced fighter, bomber, tanker, and recon aircraft operated by the Navy and the Air Force.

Even if the US was required to deploy ground troops (and could do so safely), it is unlikely that this would tax any capability currently being used to support the fight in Ukraine. Moreover, Taiwan would immediately take precedence over any need faced by Ukraine, largely because of the NATO alliance.

The US can count less on allies in the Pacific than in Europe, although here, much depends on the political situation. If France and the United Kingdom see themselves as fighting against an Authoritarian Axis, each could dispatch an effective naval flotilla to the Pacific. More importantly, Japan and Australia have taken critical steps towards solidifying their relationships with the United States with specific reference to a crisis over Taiwan. Washington could perhaps not count on allied involvement, but Beijing could hardly count on keeping the allies out. In any case, China likely does not have the military capabilities at the moment to quickly defeat a US-supported Taiwan.

The biggest overlap between the Taiwan and Ukraine theaters of operations involves demands on logistics and on intelligence.  To be sure, the US has kept a close watch on Chinese activity since the beginning of Russia’s invasion of Ukraine, but some of the electronic, cyber, and analytical assets currently devoted to helping Ukraine fight would undoubtedly need to be shifted towards China. Some of this effort could be replaced by the Europeans, but the US has enough sufficiently unique assets in this area that Ukraine would undoubtedly notice the shift.

In terms of logistics, the fight in Ukraine has already put a strain on the US defense industrial base. Fighting has used up stocks of weapons and ammunition as the course of fighting has turned towards attrition.  Again, the US is fortunate that there’s not a lot of overlap between the operational demands in Ukraine and Taiwan, but US forces would likely suffer some shortages in the case of extended fighting on both sides of Eurasia. As noted, Taiwan is likely to take precedence if there’s competition between the two theaters.

The US has paid for the luxury to build a military sufficient to fight in both Asia and Europe, and not generally with the same weapons. There is undoubtedly some overlap in terms of air capabilities and logistical assets, but the immense fighting power of the US armed forces would not be inordinately strained by the need to wage war in both theaters because the theaters made different demands.  Even if the war in Ukraine escalated to direct conflict between NATO and Russia, it is likely that the fighting would involve the fielded forces of European countries, with the United States playing an important support role. In short, the United States can fight both Russia and China at once… for a while, and with the help of some friends.

Now a Contributing Editor for 19FortyFive, Dr. Robert Farley has taught security and diplomacy courses at the Patterson School since 2005. He received his BS from the University of Oregon in 1997, and his Ph. D. from the University of Washington in 2004. Dr. Farley is the author of Grounded: The Case for Abolishing the United States Air Force (University Press of Kentucky, 2014), the Battleship Book (Wildside, 2016), and Patents for Power: Intellectual Property Law and the Diffusion of Military Technology (University of Chicago, 2020). He has contributed extensively to a number of journals and magazines, including the National Interest, the Diplomat: APAC, World Politics Review, and the American Prospect. Dr. Farley is also a founder and senior editor of Lawyers, Guns and Money.