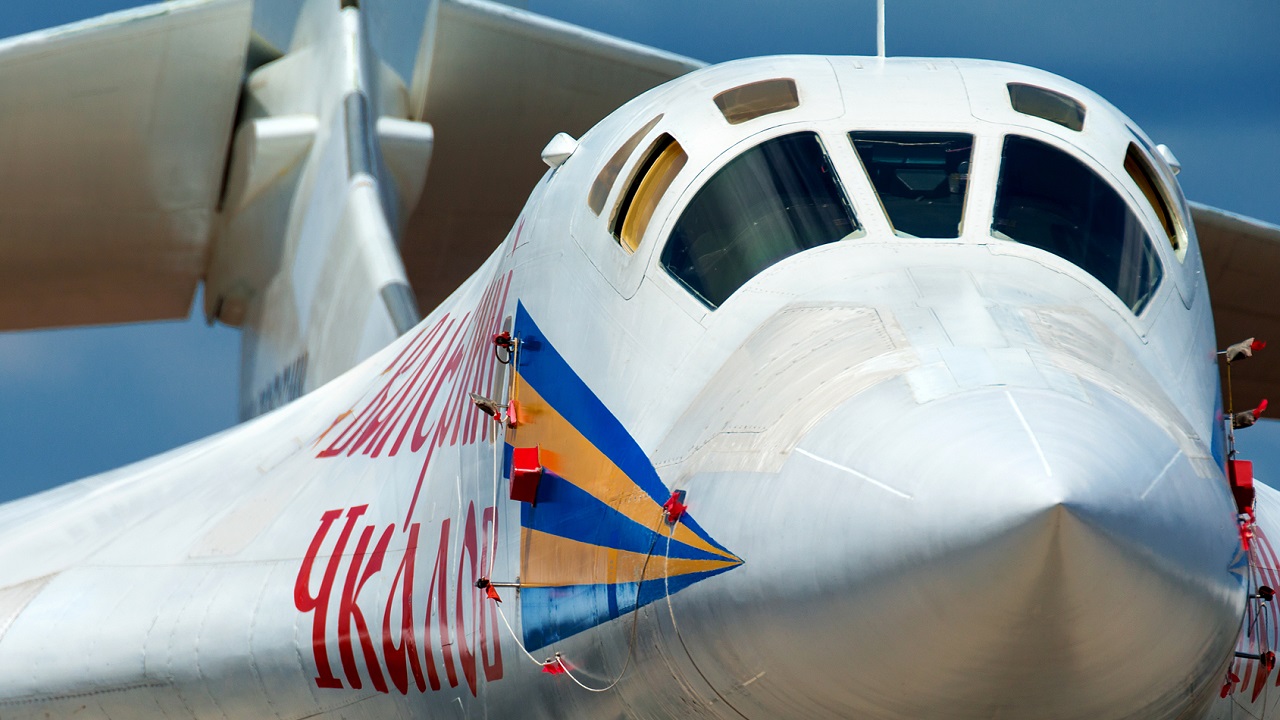 Fighting in the Donbas region in Ukraine has become so desperate that President Volodymyr Zelensky is calling it “just hell.” This is a matter of “life and death” for Ukrainian forces, the president said. And now, combat has shifted to the southern part of the country. Ukraine believes that 22,000 Russian soldiers are moving toward the cities of Kriviy Rih and Mykolayiv with a showdown involving a “sufficiently large” Ukrainian force spoiling for a bloody fight. One aspect of this battle will be the Russian air force prepping the battlefield with air-to-ground missiles against Ukrainian positions. 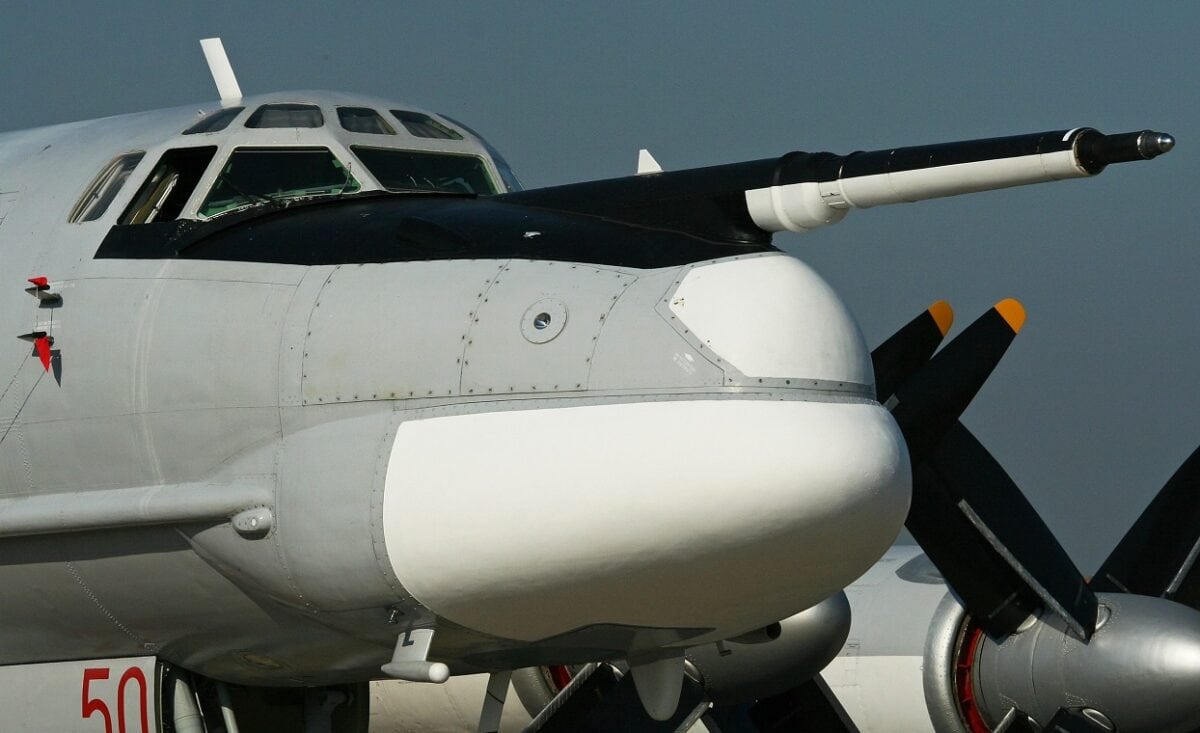 This aerial bombardment will be led by Russian bombers launching cruise missiles. Radio Free Europe/ Radio Liberty said on August 2 that “four Russian X-22 type cruise missiles were detected and destroyed in the sky over the Mykolayiv region.” The airplanes responsible for the launch are believed to be Tu-95MS and Tu-160 strategic bombers. Let’s take a closer look at these bombers to see if they can shape the battlefield to Russia’s liking or if Ukraine can shoot their cruise missiles, or even the bombers themselves, out of the sky.

A No-Fly Zone Would Not Have Worked Anyway

For several months beginning early on in the war, Ukraine called for a no-fly zone, but Russia proved that even a no-fly operation by Ukrainian allies would not be effective since air force command is having its bombers remain over Russian air space to launch their missiles rather than fly over Ukraine. This allows the marauding airplanes to avoid Ukrainian fighters and surface-to-air missiles. That means Ukrainian air defenders must focus on eliminating the cruise missiles instead of engaging Russian bombers.

Kh-555 Cruise Missiles Are a Popular Model for Russian Bombers

The Tu-95MS “Bear H” and the Tu-160 “Blackjack” bombers have been launching Kh-555 cruise missiles at Ukraine since early in the war. The Kh-555 has a range of 2,200 miles. This makes it easy for the bombers to stay in Russian air space and hit any target inside Ukraine. The missile entered service in 2004 and has an 881-pound conventional high-explosive warhead. The Tu-160 can hold 12 missiles and the TU-95MS can carry up to 16 of the Kh-555s. Fortunately for the Ukrainians, the Kh-555 is not stealthy and can be shot down by S-300 anti-aircraft missile batteries. But the conflict is a game of numbers and Ukraine can’t stop all the cruise missiles that are raining down from the Russian bombers.

The Tu-160 is Russia’s biggest and fastest nuclear-capable bomber. This was the last bomber built by the Soviet Union. It took its maiden flight in 1981 and was designed to be a major part of the Soviet’s nuclear triad. It can fly at a surprising MACH 2 to and from targets during its missile-firing mission. The Tu-160 can be compared to the American B-1B Lancer with its variable sweep-wing design. The Tu-160 was designed to attack far-off targets against the United States. The stand-off missile deploying mission has developed over time and has seen its zenith during the war in Ukraine. The Tu-160 can be re-fueled in-air several times if needed during a flight. It has broken world records in Russia for the longest non-stop mission of 25 hours over 12,000 miles.

The Tu-160 has fly-by-wire controls. The airplane has a four-man crew: pilot, co-pilot, navigator, and operator. The pilot uses a control stick like fighter aircraft instead of a yoke, which is usually associated with large transport or commercial airplanes.

Vladimir Putin has taken a personal interest in the Tu-160. In 2005, he donned a flight suit and went up in one of the bombers – even taking the controls at one point. He christened a new ‘M’ modernized version that was made in 2018 at the Tupolev factory in Kazan.

Upgraded Over the Years

The Tu-160 has a takeoff weight of over 606,000 pounds, which is more than the B-1B. The Russians have built 36 of the bombers over the years, but only 17 are still in service. The Tu-160 was upgraded with improved avionics, radar, and navigation systems in 2014. The Tu-160M variant was later given new NK-32 Series 2 engines.

The other main bomber used in the Ukrainian theater of operations is the Tu-95MS “Bear H.” The Tu-95 was a workhorse during the Cold War – known for its four turboprop engines with four blades each. The Tu-95 prototype first flew in 1952. The original bomber had a radar-controlled 23mm tail gun, which was ahead of its time. The Tu-95 could carry 20,000 pounds of bombs. The ability to launch missiles would come later which proved a successful innovation for a bomber developed in the 1950s. The Soviets built 500 of the bombers and that explained the ubiquitous nature of the airplane during the Cold War and beyond.

Variants Proceeded to Missile Use

The Tu-95M variant had improvements to the engines. Tu-95MA meant that the bomber was nuclear-capable. The Tu-95K model was the first to be able to launch air-to-ground missiles. The Tu-95MS is the variant that can release cruise missiles and is the one that is being utilized in combat against Ukraine. The Russian Air Force now has about 50 to 60 models of the Tu-95MS currently in service.

Eye to Eye Visual on the Tu-95

An interesting aspect of the Tu-95 was the back and forth between American and Soviet pilots – sometimes serious confrontations with the bomber and other times more “social,” if that is the right description. A case in point is the experience of an American F-4B fighter pilot from the aircraft carrier Forrestal. In 1966, aviator John Newlin once flew his F-4 Phantom right next to a Tu-95 to take a photo for the naval intelligence section. Little did he know that the Tu-95 had the same mission. Both the Americans and Soviets could see each other eye-to-eye.

“The Tu-95 has a pair of large, plexiglass blisters located at the rear of the fuselage, under the horizontal stabilizers, Newlin recounted. “As we pulled up alongside the Bear, I noticed in the blister a crewman with a large, folding bellows camera on a tripod. He began signaling with his hands—it was evident that he wanted me to position our aircraft for a photo-op. I played along, and when our F-4 was in the optimal position, the crewman ducked under the camera hood. He emerged seconds later and gave me a vigorous thumbs-up.”

Cold War photo exploits aside, it’s not likely that the Ukrainian fighters will fly that close to either the Blackjack or Bear bombers in this war. As long as the Russians have an adequate supply of cruise missiles they will stay in their own airspace and send the munitions to targets in eastern and southern Ukraine. This will prep the battlefield for Russian ground troops and the Ukrainians will have to shoot down the cruise missiles to protect their own combat efforts. The Bear and Blackjacks will thus live to fight throughout the war.