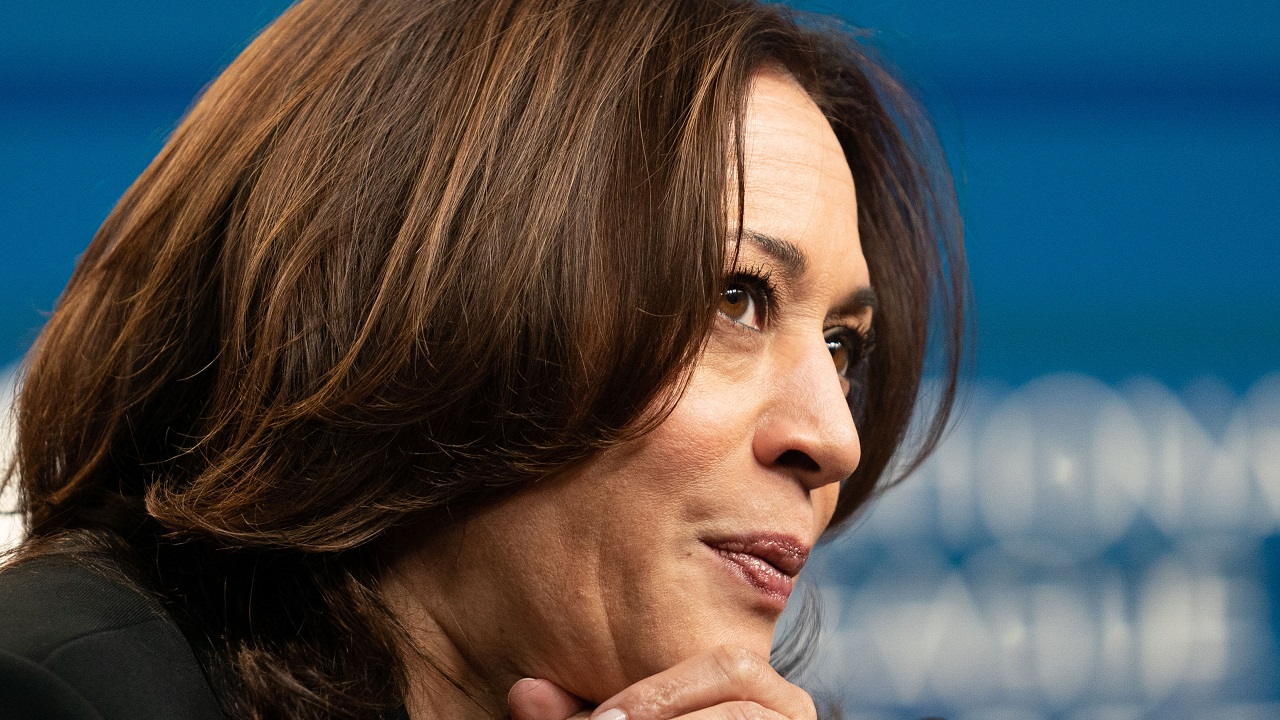 If Joe Biden runs for reelection in 2024, will Kamala Harris be on the ticket as his VP?

At the moment, 2024 seems a long way off – and nothing seems certain. A lot can happen between now and the next presidential election. Attention spans are shorter than ever – news cycles have accelerated to keep pace. The COVID pandemic is in its third calendar year. Inflation is higher than at any point since 1981. The Supreme Court is in a revisionist mood. China is ascendent. Russia is assertive. The upcoming midterm elections are being hotly contested – battleground states are up for grabs. Like I said, nothing seems certain – not even who will be running on the DNC ticket.

Typically, when an incumbent still has another term of eligibility, one can safely assume the incumbent will run again. Joe Biden is different, however. He is the oldest – and least popular – president ever. Speculation is building that Biden will be the first incumbent since Lyndon B. Johnson to withdraw from a reelection bid. But let’s assume Biden runs again, and for the sake of examining another bit of uncertainty: Kamala Harris in the VP slot.

With questions about Harris’s performance and popularity, some pundits are wondering whether the incumbent VP would be welcomed back to a Biden ticket. The uncertainty stems from a tough start to Harris’s vice presidential career – which began after a failed presidential campaign.

Kamala Harris’s campaign was quite bad. “It was her political inability; it was her equivocal messaging and resultant lack of funding; it was her reliance on a, ‘I’m A Badass Prosecutor’ theme – despite the left’s calls for criminal justice reforms,” I wrote for 1945. Her vice presidential tenure does not seem to be going much better.

“Worn out by what they see as entrenched dysfunction and lack of focus, key West Wing aides have largely thrown up their hands at Vice President Kamala Harris and her staff,” CNN reporters Edward-Isaac Dovere and Jasmine Wright wrote. “Harris is struggling with a rocky relationship with some parts of the White House, while long-time supporters feel abandoned and see no coherent public sense of what she’s done or been trying to do as vice president.” 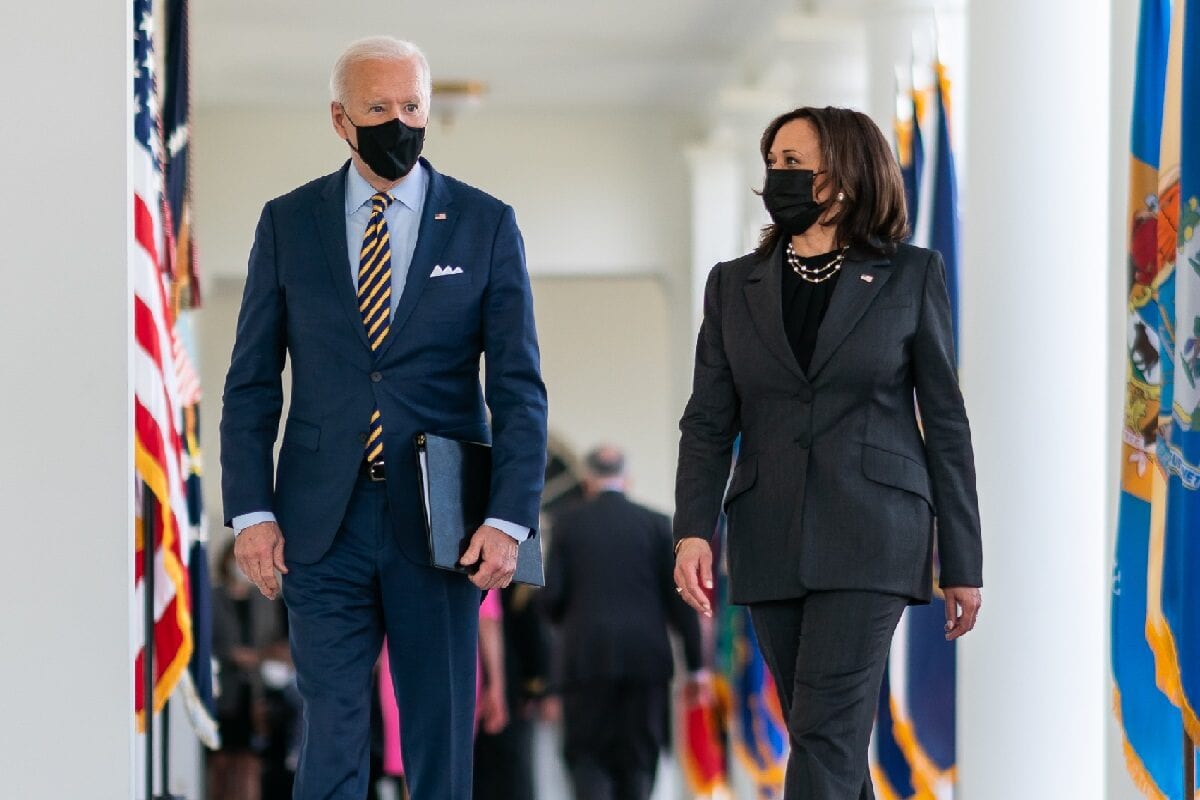 Rumors persist that Harris’s staff is struggling, too. “President Harris’s staff was wilting in a dysfunctional and frustrated office, burned out just a few months after her historic swearing-in and pondering exit strategies,” Cleve R. Wootson, Jr. and Tyler Pager wrote for The Washington Post last year. Several staffers ultimately did leave, like spokesperson Symone Sanders – “the highest-profile member of an end-of-year exodus that includes communications chief Ashley Etienne and two other staffers who help shape the vice president’s public image.” The departures “reignited questions about why Harris churns through top-level Democratic staff…Now, those questions about her management extend to whether it will hamper her ability to seek and manage the presidency.” Some of Harris’s past employees have criticized her as “inconsistent and at times degrading,” a boss who “burns through seasoned staff members who have succeeded in other demanding, high-profile positions.”

The results, from within the dysfunctional, frustrated office, have been disappointing. “Ms Harris’ approval ratings have slumped,” Anthony Zurcher wrote for BBC. “The president has tasked her with assignments that range from the intractable to virtually insoluble.”

Harris’s contemporary failures are not entirely her fault, however. “Many in the vice president’s circle fume that [Harris] not being adequately prepared or positioned, and instead is being sidelined. The vice president herself has told several confidants she feels constrained in what she’s able to do politically,” Dovere and Wright wrote. “And those around [Harris] remain wary of even hinting at future political ambitions, with Biden’s team highly attuned to signs of disloyalty, particularly from the vice president.”

What an Expert Told Us on Kamala Harris:

We asked a Senior Democrat Party strategist who advised the 2012 Obama Presidental campaign for his take and if Biden would ever consider dumping Harris. He said no way: “I can’t see any situation where Biden would consider dumping Vice President Harris. She has been loyal for the most part and does have some strengths to bring to the table. Besides, considering the firestorm it would create, I think dumping Harris seems like a PR disaster and a really, really bad idea.”

Talk of a VP replacement began early on, in the form of an “Aaron Sorkin-style rumor that Biden might try to replace [Harris] by nominating her to a Supreme Court vacancy.” Obviously, the most recent SCOTUS vacancy went to Ketanji Brown Jackson, not Harris – and a Harris appointment to the Supreme Court seems outlandish. But questions about retaining Harris as VP persist. “While Biden said in a press conference…that he would keep [Harris] as his running mate if he stands for re-election, it remains to be seen whether that will put to rest speculation about her political future,” Zurcher wrote. We’ll see what happens.