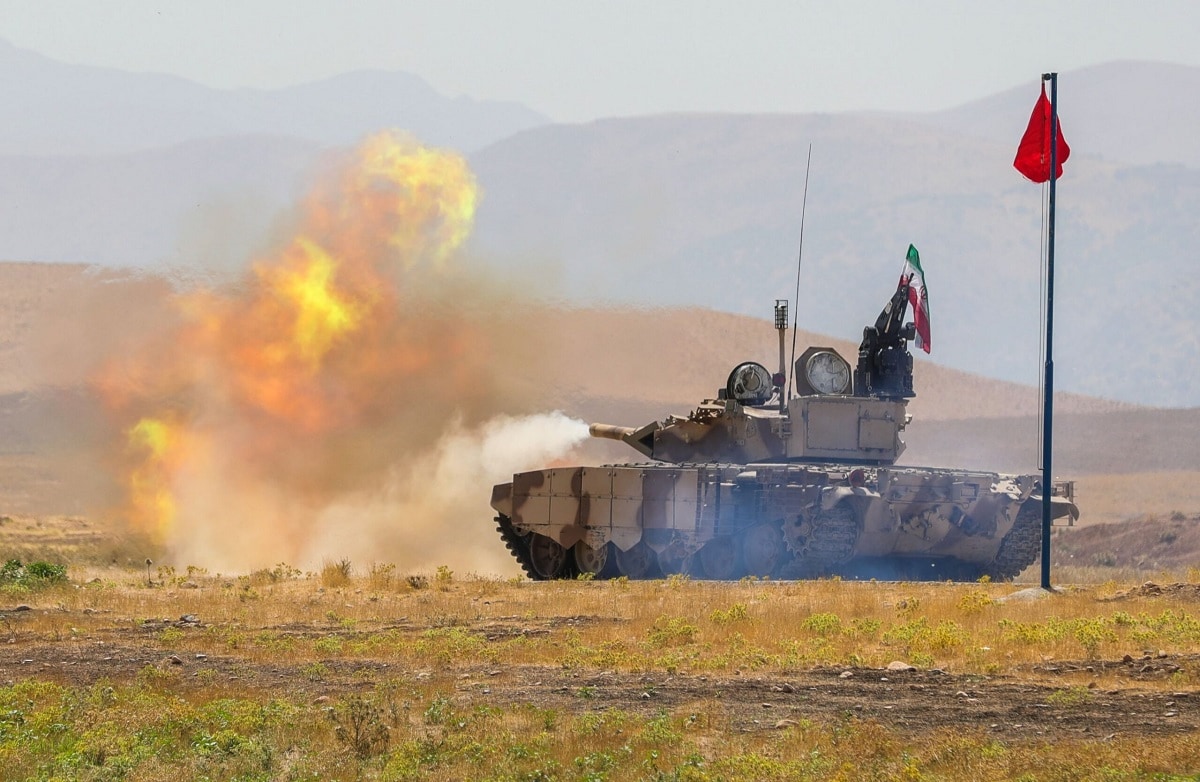 How strong is Iran’s Army? The Islamic Revolutionary Guard Corps (IRGC) is perhaps better recognized as Iran’s primary military service. However, this body is not actually a branch of the Iranian Armed Forces. While the IRGC functions to defend the country’s revolutionary principles, Iran’s Armed Forces, Artesh, defend the country’s borders and protect domestic order.

In order to fend off external threats, Iran’s Artesh consists of approximately 600,000 active-duty troops manning the country’s ground, naval, and air defenses. The Artesh operates as Iran’s classical military organization, but it receives less funding, equipment, and attention than the Guard Corps. Since the Artesh does not export Iran’s revolutionary principles vis-à-vis proxy groups or contribute to the country’s nuclear efforts, it simply does not hold a flame to the regime’s favored IRGC. Despite this, Iran’s Artesh remains the largest army in the Middle East and is equipped with a missile stockpile that should worry its adversaries.

History of the Artesh

Iran’s conventional army was established in the mid-1920s, shortly after King Reza Shah Pahlavi ascended the throne following World War I. According to the Middle East Institute, Iran’s last king prioritized developing the region’s largest and strongest armed forces. Pahlavi brought in Western military personnel to train his forces and sent his own officers to foreign military academies to acquire greater skills. Until the Islamic Revolution of 1979 that would unseat the Shah, Tehran also benefited from trade with Western powers, specifically America. Huge arms sales provided Iran’s army with cutting-edge technology at the time, including 80 F-14 Tomcats.

However, once the Islamic Revolution abruptly squashed monarchical rule, and fundamentalist Shiite clerics seized power under the leadership of Ayatollah Ruhollah Khomeini, the army’s development and progress stunted. For example, Iran’s Air Force still parades the outdated F-14 fighter as the mainstay of its inventory. Iran saw its first major conflict after the Revolution during the Iran-Iraq War, which lasted for the better part of the 1980s. The recently installed regime, already distrustful of the Artesh since the military served the Shah prior to the Revolution, allowed its newly formed IRGC militia to spearhead the country’s first defensive and later offensive war efforts.

The Iran-Iraq War signified the new role the Artesh would fulfill in the Islamic Republic of Iran: that of second fiddle to the IRGC.

Although the Artesh is generally underfunded and less equipped with top-of-the-line weapons than the IRGC, the conventional army does possess some of Iran’s more advanced military equipment. Both the IRGC and the Artesh sport increasingly lethal precision-strike weapons. The IRGC’s aerospace force has traditionally deployed Iran’s ballistic missiles, drones, and land-attack cruise missiles, while anti-ship cruise missiles were deployed by the Artesh’s air force. As detailed by War on the Rocks, last year “Iranian commanders highlighted the deployment of ballistic missiles, traditionally a monopoly of the guard’s aerospace force, by the Guard Corps’ ground force and navy. Moreover, the Artesh air force displayed a long-range land-attack cruise missile, another munition traditionally reserved for the guard’s aerospace force. The military services of both the Revolutionary Guard and Artesh now use armed and suicide drones.”

Currently, the Artesh and the Guard Corps both hold guided rockets in their respective weapons stockpiles. Therefore, each military apparatus in Iran now holds strike weapons for both defensive and offensive purposes.

Due to tactics employed in the Iran-Iraq War, the Artesh, in addition to the IRGC, does have significant asymmetric warfare capabilities. It is possible that the Artesh could pose a threat to its neighbors if war broke out, especially if the regime were to provide its armed soldiers with equipment usually reserved for the IRGC. Additionally, the Artesh Navy could impact shipping and the flow of oil in the Strait of Hormuz, as its vessels have proven frequently.

Technically, representing the largest army in the Middle East should make Iran’s Artesh a formidable threat. The regime’s clear preference for the Guard Corps, however, undercuts its status. Lack of funding, equipment, and recruits, among various other issues, make the Artesh a stagnant body. Tehran’s real strength and power emanates from the capabilities of the IRGC.

In this article:Artesh, Iran, Middle East