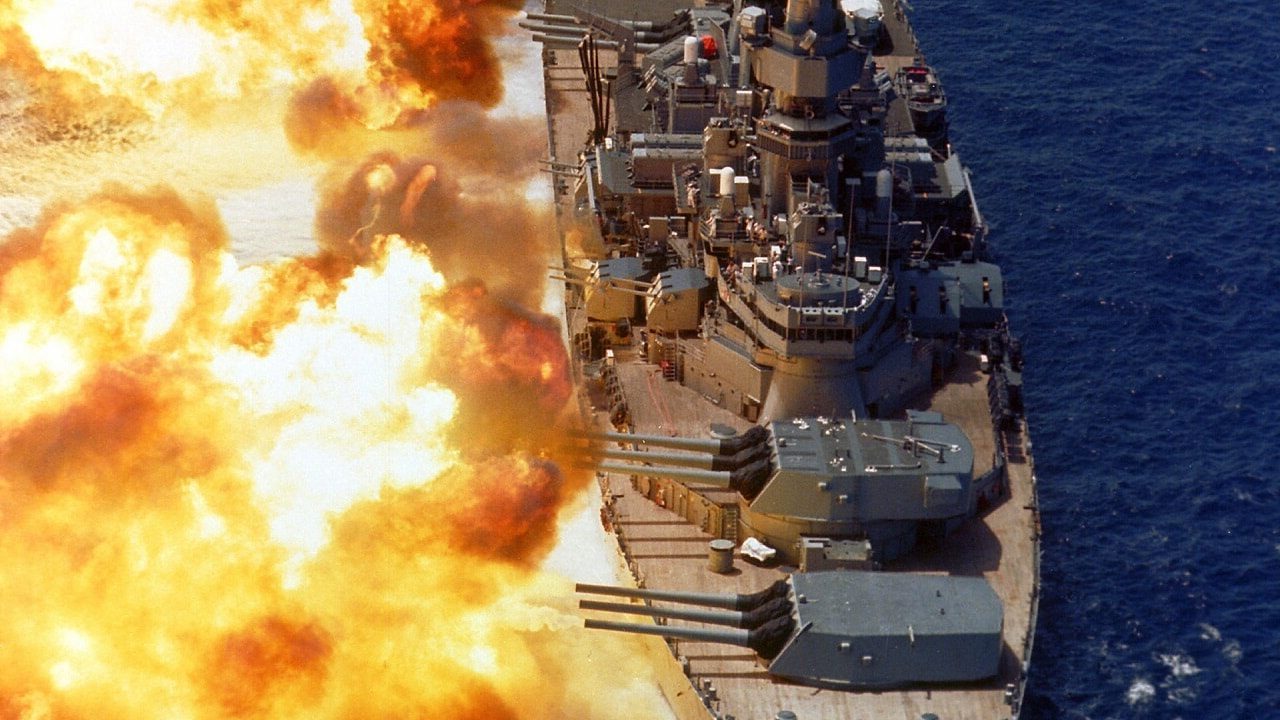 The USS Illinois, if actually finished and sent to sea, would have been a deadly Iowa-class battleship. And yet, history tells us that was not meant to be. However, she could also have been transformed into an aircraft carrier. So why didn’t that happen?

As the clouds of war appeared on the horizon in the late 1930s, the United States Navy began to put much more emphasis on the construction of aircraft carriers, yet didn’t neglect battleships. There were still many “Navy Men” who expected that a war with Japan would involve a big gun slug match.

Thus, in the late 1930s, three new classes of fast battleships emerged: North Carolina in 1937; South Dakota in 1938; and most notably, the Iowa-class in 1939. The latter was to be the final class of battleships ever constructed for the U.S. Navy.

With a displacement of 45,000 tons (40,823 tonnes); a length of 887 feet and three inches; a beam of 108 feet, two inches; and a draught of 37 feet, two inches; the Iowa-class vessels were also the largest battleships to see service with the U.S. Navy. Ech was also designed to survive ship-to-ship combat with enemy battle wagons and were the most heavily armored U.S. warships ever built. The armor belt was inside the hull and was 12.1 inches at its thickest. The turrets had 19.7-inches (500mm) of armor, while the decks were plated with 7.5-inches (190.50mm) of armor.

The battle wagons packed a mighty punch as well, as each of these battleships was armed with nine 16-inch (406mm) main guns in three triple turrets, while secondary armament included twenty 127mm (5-inch) guns. In addition, the Iowa-class featured an entirely new turret design, which save almost 850 tons in weight, yet proved more effective in targeting enemy positions

Four Built, But Six Were Planned

Two additional ships were ordered – USS Illinois (BB-65) and USS Kentucky (BB-66) – but each was canceled before completion.

Largely forgotten is that BB-65, which had been ordered in 1940 and laid down in 1942, actually differed significantly from her previous sisters. She was to have featured an all-welded construction, which was meant to save weight over the previous riveted/welded hull but also increased the strength. The same techniques were to have been employed with BB-66. Moreover, there was also consideration given to redesigning the hull with a Montana-class type of protection system to address the threat of torpedoes, but it was eventually rejected.

Construction on USS Illinois was put on hold in 1942, and the Battles of Coral Sea and Midway almost resulted in a change of course. Serious consideration was made by the Bureau of Ships to convert both BB-65 and BB-66 into aircraft carriers. As proposed, the two vessels would have flight decks that would have been 865 feet long by 108 feet wide – while the flattops would have still carried armament identical to the U.S. Navy’s Essex-class, which consisted of four twin 5-inch gun mounts and four additional 5-inch guns in single mounts.

However, the conversation plans were quickly ‘deep-sixed’ after it was determined that the converted carriers could carry fewer aircraft than the Essex-class; while it was readily apparent a purpose-built carrier could be built in the same time and at a far lower cost. Thus, the decision was made to complete BB-65 and BB-66 as battleships – but the priority to do so was low. 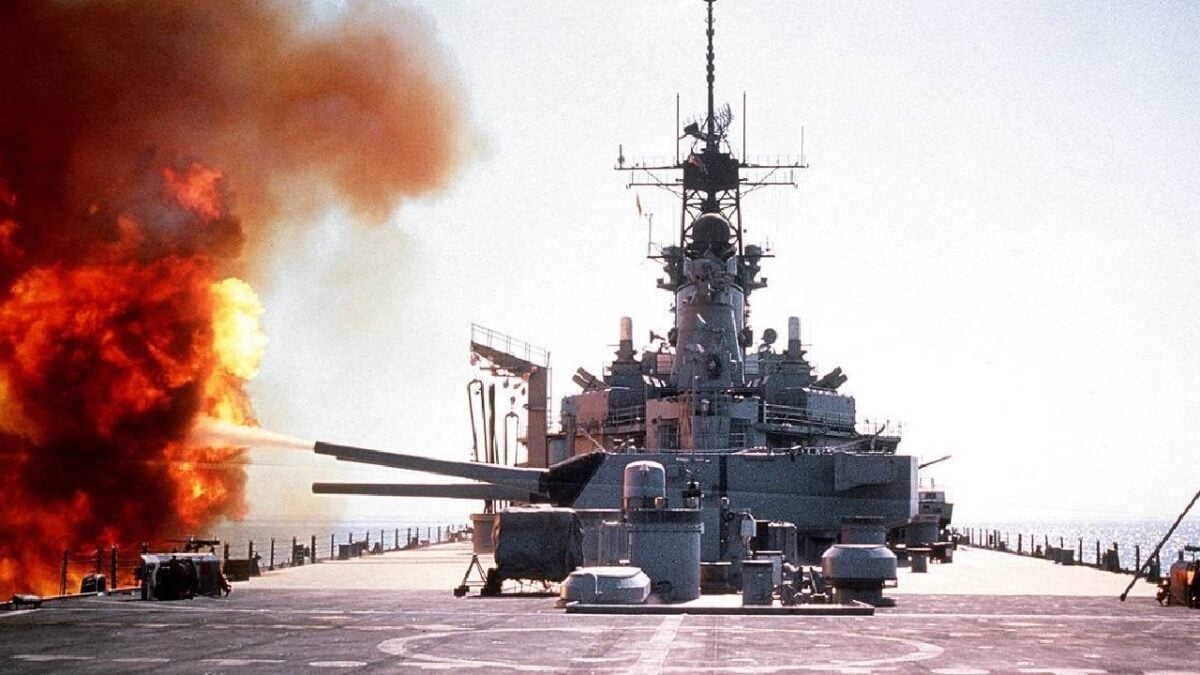 Work only moved forward on USS Illinois early in 1945, and while it continued until the summer, on August 11 – just days after the atomic bomb sealed Japan’s fate – work ceased. BB-65 was struck from the Naval Vessel Registry just a day later. There were various proposals made to complete USS Illinois as a guided missile battleship, but that plan was finally abandoned due to cost concerns as well as the rampant evolving missile technology. The unfinished hull remained as a parts hulk until she was broken up in 1958. 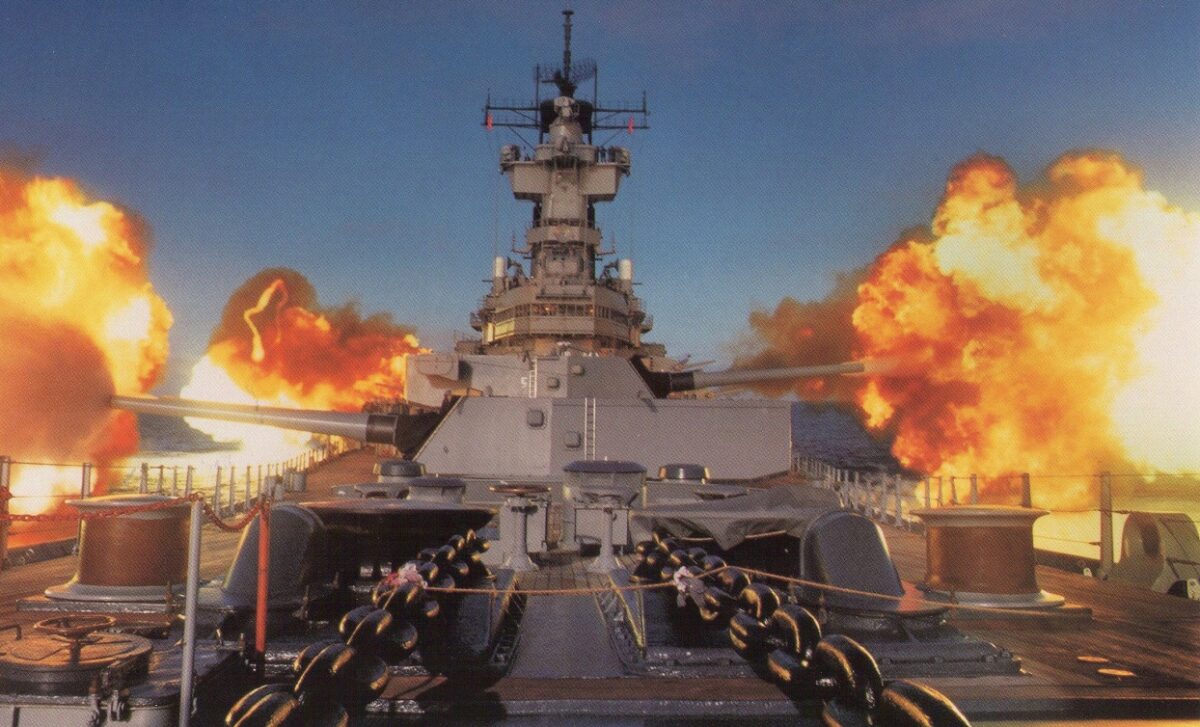