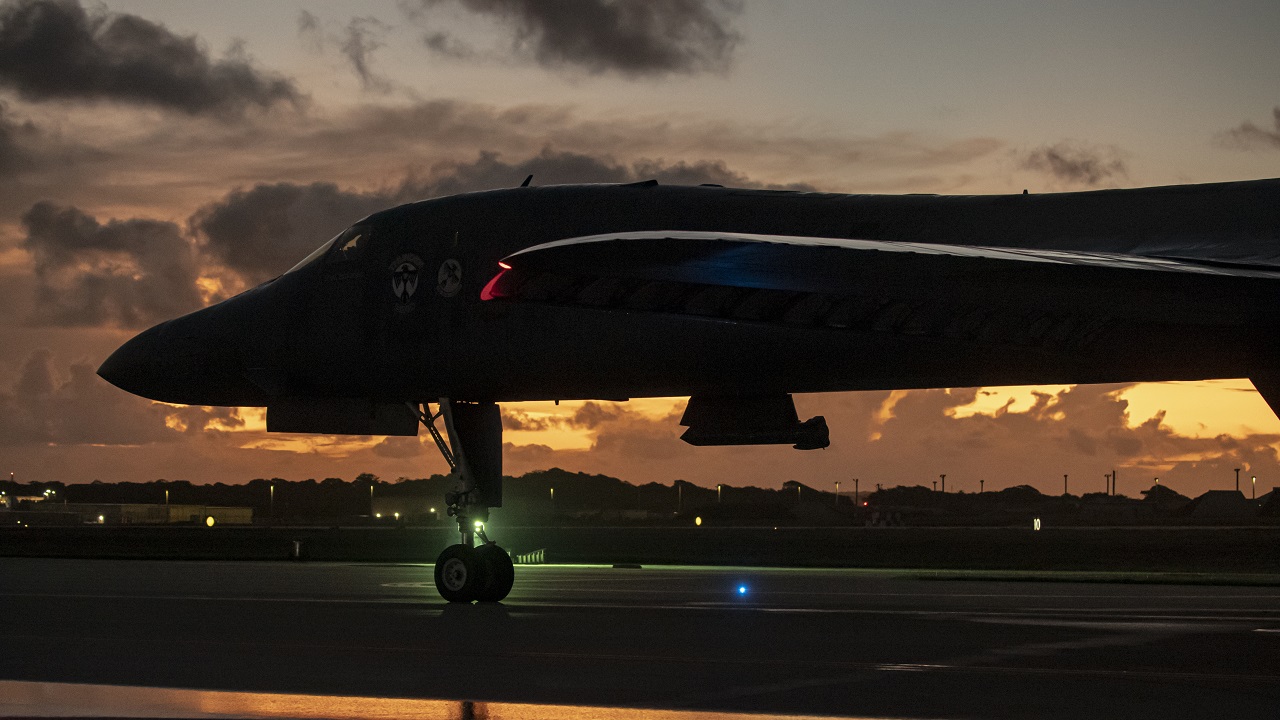 Blueprint for Disaster; Confusing a Proxy War and a Direct War with Russia in Ukraine: The United States has been waging a proxy war against Russia since Vladimir Putin’s government launched its “special military operation” in Ukraine in late February. Washington has spent billions of dollars to flood Ukraine with increasingly potent weaponry. At the same time, the Biden administration has emphasized repeatedly that the United States will not become a direct participant in the fighting.

Nevertheless, the line between proxy war and direct war in Ukraine is becoming dangerously thin.

In addition to the deluge of weaponry that the United States and some of its NATO partners are pouring into Ukraine, Washington is providing Kyiv with extensive military intelligence on the deployment of Russian forces. Such intelligence appears to have helped Ukrainian forces score some impressive victories, including the downing of a Russian troop transport plane, the assassination of several Russian generals, and the sinking of the Moskva, the flagship of the Kremlin’s Black Sea fleet. There are even credible reports that U.S. special operations forces are now operating inside Ukraine.  Russian complaints about U.S./NATO actions are getting louder and angrier. Washington is running a growing risk that its current proxy war, dangerous as that gambit is, may culminate in something far worse: a direct war between Russia and NATO.

The model for the Biden administration’s current approach appears to be the strategy that Washington pursued against the Soviet Union in Afghanistan from 1979 to 1989. Both the Carter and Reagan administration provided financial and military aid to Afghan mujahidin fighters who were resisting the Soviet occupation of their country. Washington’s goal was to bleed Soviet forces without becoming a belligerent in the war, relying instead on its Afghan proxies to inflict serious damage.

Most members of the U.S. political and foreign policy establishment still consider Washington’s proxy war in Afghanistan to have been a smashing success, since it caused significant damage and frustration to America’s superpower rival without direct U.S. involvement in the fighting. The disruptions that the war caused even appeared to have played a role in the subsequent political implosion of the Soviet Union itself. True, assisting the mujahidin empowered Islamic extremists in Afghanistan and throughout the Muslim world, but that danger was not easily discernible at the time. In the short term, Washington’s strategy achieved its objective without leading to a direct military clash between the United States and the Soviet Union.

What U.S. officials and members of the foreign policy blob do not seem to grasp is that Ukraine is far more important to Moscow than Afghanistan ever was. That difference explains why there are more and more dark hints emanating from the Kremlin about the possible use of tactical nuclear weapons if Russia faces an overall military defeat in Ukraine. As I’ve written elsewhere, Ukraine is a vital security interest to Russia, and the Putin government will do whatever is necessary militarily, including using tactical nukes in Ukraine, to prevent such a humiliation.

Nevertheless, hawkish and even some centrist foreign policy pundits have proposed a variety of reckless U.S. responses if Russia crosses the nuclear threshold in Ukraine.  Most of those proposals obliterate the distinction between a proxy war and a direct war between the United States and Russia. Joe Cirincione, a longtime expert on nuclear warfare and supposed moderate, mused that the United States “could destroy the Russian forces in Ukraine in a matter of days” with purely conventional weapons.

Destroying Russia’s Black Sea fleet using conventional air and missile strikes if Putin violates the nuclear taboo, has long been a favorite “solution” of Max Boot, a senior fellow at the Council on Foreign Relations.  In early May, he stated confidently that “even without resorting to nuclear weapons of their own, NATO could launch airstrikes that would rapidly sink the entire Russian Black Sea fleet and destroy much of the Russian army in and around Ukraine. That would shake Putin’s criminal regime to its foundations.” Boot remained equally confident in late September.  “President Biden needs to deter Putin by signaling that the response to any nuclear attack would be devastating. It would not even require a nuclear response; NATO air forces could probably destroy the Russian army in Ukraine with conventional munitions.”

Both Cirincione and Boot implicitly assume that Moscow would view a direct U.S. attack on the Russian military as no more provocative than providing weapons and training to Ukrainian forces who are fighting Russians.  It is an illogical and extremely dangerous assumption. The former carries excessive risks to defend a country that is not even remotely a vital U.S. interest, but the latter would be a blatant act of war against the Russian Federation.  Russia is not likely to cower and slink away from such an existential threat.

Even if Moscow uses tactical nuclear weapons in Ukraine, the ongoing war—awful as it is—would remain a bilateral Russia-Ukraine conflict. A U.S. attack on Russian targets changes that equation totally.  Such a dramatic escalation means war between two major powers armed to the teeth with both tactical and strategic nuclear weapons. What starts out as even a limited war between 2 nuclear powers entails an awful risk of escalation to the thermonuclear level, bringing Armageddon into play. It is shocking that supposedly knowledgeable foreign policy experts can’t grasp such a crucial distinction. 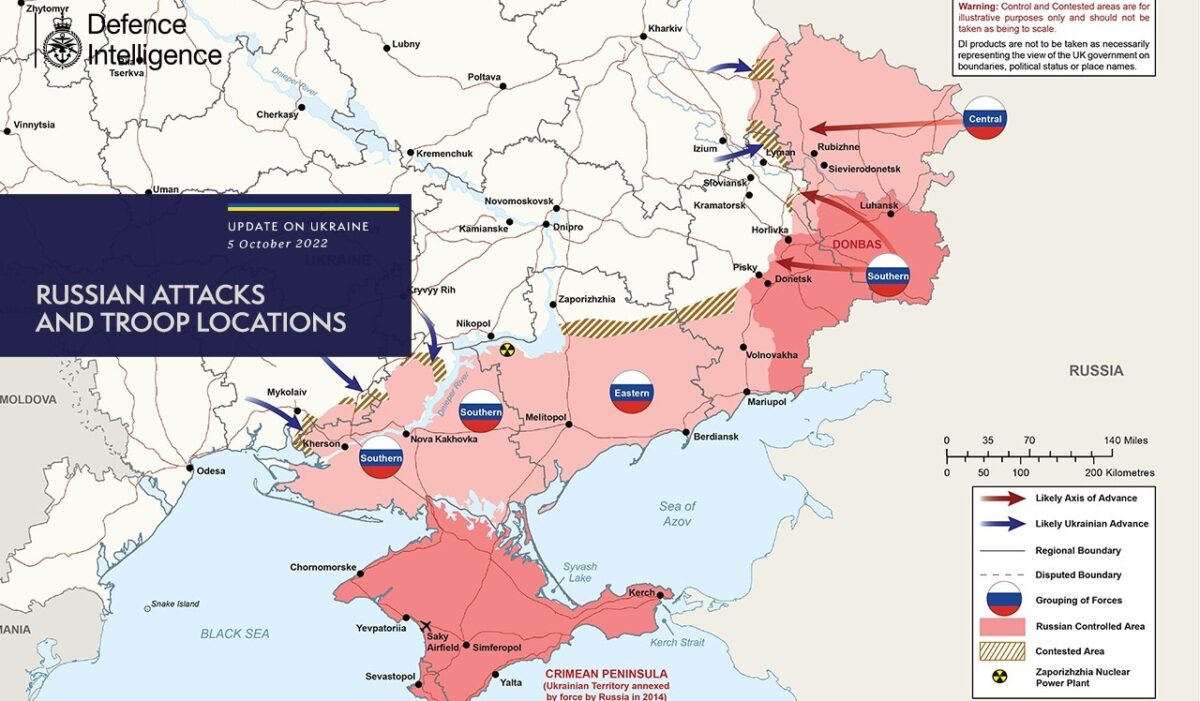 Washington’s current proxy war already is alarmingly dangerous, but a direct war in Ukraine could be catastrophic for the American people. The recommendations of pundits advocating the latter course must be summarily rejected.

Ted Galen Carpenter, a senior fellow in defense and foreign policy studies at the Cato Institute and a contributing editor at 19FortyFive, is the author of 13 books and more than 1,100 articles on international affairs.  His latest book is Unreliable Watchdog: The News Media and U.S. Foreign Policy (forthcoming, November 2022).

In this article:featured, Military, NATO, Russia, Ukraine, War in Ukraine