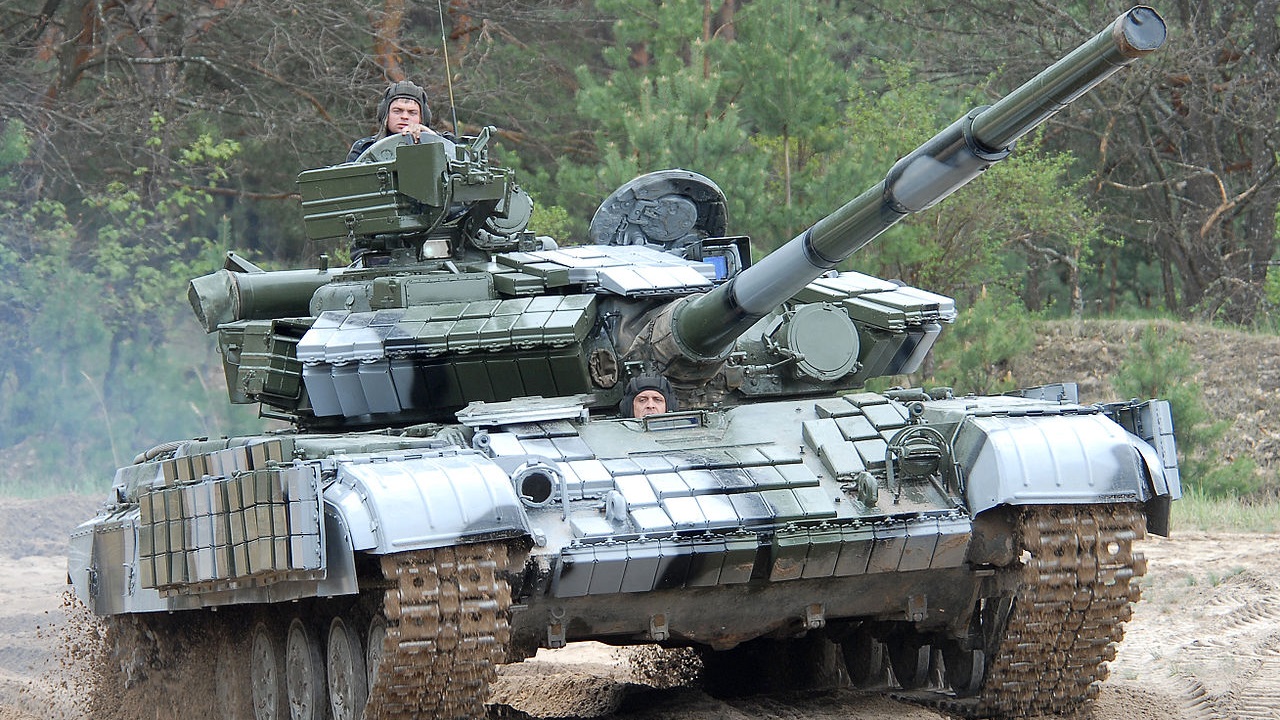 Since 2014, the formerly obscure T-64 tank has emerged as an icon of Ukrainian resistance against Russian invasion. Designed and manufactured exclusively in Ukraine’s second city of Kharkiv between 1962 and 1985, the secrecy-shrouded Soviet super tank pioneered numerous technologies and introduced a compact design philosophy now considered quintessentially Russian.

In battles raging across Ukraine today, Kyiv’s T-64s — many sporting armor and infrared sight upgrades — still hold the line against Russian tanks and fighting vehicles. This article explains the origins and revolutionary impact of the T-64. A companion article looks at how Ukraine modernized the T-64, as well as its record battling Russian invasion in 2014-2015, and again in 2022.

During the 1950s, designer Alexander Morozov of the Kharkiv Design Bureau sought to develop a successor to the ubiquitous Soviet T-54/55 tank that might outmatch the forthcoming generation of NATO tanks.

Already, the Ural tank factory in Russia was preparing production of the T-62, which was essentially an enlarged T-55 with a powerful smoothbore 115 mm D-68 gun and slightly improved armor. Morozov instead built several Object 430 prototypes at Kharkiv’s Malyshev factory combining a 4TD opposed-piston engine and transmission system dramatically smaller than the T-54’s.

Pushing the weight-saving further, in 1961 Morozov moved onto Object 432, which combined an improved 5TDF diesel engine and the T-62’s 115-millimeter gun with an electro-hydraulic autoloader capable of shooting 8 rounds per minute. This wasn’t strictly faster than a human loader — what it meant was the design did not need a human loader at all, downsizing the tank’s crew to three. The resulting compact, lower-profile T-64 could achieve a higher degree of armor protection at lower weight.

Morozov further incorporated composite armor in which plates of hardened steel sandwiched layers of fiberglass, aluminum, and later corundum. Compared to the 275 millimeters of steel armor protecting the contemporary U.S. M60 Patton tank, the T-64’s expensive armor, known as K-formula, achieved 395-410 millimeters of protection on the front hull and turret. Moreover, it was effectively 10% thicker against the shaped-charge HEAT warheads used in portable anti-tank weapons.

The T-64’s ability to cram superior armor and firepower in a relatively light chassis brought an end to Soviet development of heavy tanks like the T-10. The lower weight mattered because the Red Army had ambitious plans for a trans-European road trip if World War III broke out. It needed optimal fuel economy and compatibility with bridges supporting lower weight limits if its tanks were to roll all the way to Paris.

Kharkiv built 600 original-model T-64s, which entered service in 1967, before moving on to the T-64A. This variant introduced the punchier, stabilized 125mm D-81T gun, which could penetrate around 250 millimeters at a range of 1.5 miles. NATO Patton and Centurion tanks at the time used 105 mm guns that would have struggled to pierce the T-64’s frontal armor at range until more advanced depleted-uranium shells were introduced in the 1980s.

The T-64A also introduced new night sights and a periscope coupled with an infrared spotlight, a more accurate coincidence rangefinder, tweaks to the armor, extra storage spaces, an external remote-control 12.7mm anti-aircraft machine gun, and suspension on the fourth road wheel. It also could operate fully sealed against contamination by nuclear, biological, and chemical weapons, and it could ford rivers up to 5 meters deep with a field-installable snorkel. Many of these upgrades were retrofitted into the original T-64s under the designation T-64R.

Cold Warrior Kept in the Scabbard

Weapons combining multiple new technologies often suffer major teething issues until the bugs are ironed out, and the T-64 was no exception. Its autoloader initially failed to work once every three shots on average. The 5TDF engine failed every 89 hours of use on average, falling far short of the 500-hour target. While technical flaws were eventually corrected, their severity incurred the disfavor of Soviet officials.

Despite these problems, the T-64 was undoubtedly a premium tank, costing over twice as much as the T-62 (62,000 rubles versus 143,000 in 1973) and nearly four times as many factory hours to build (22,564 hours compared to 5,855), according to tank historian Steven Zaloga. And the T-64’s advanced systems and smaller 3-man crew required more extensive crew training. 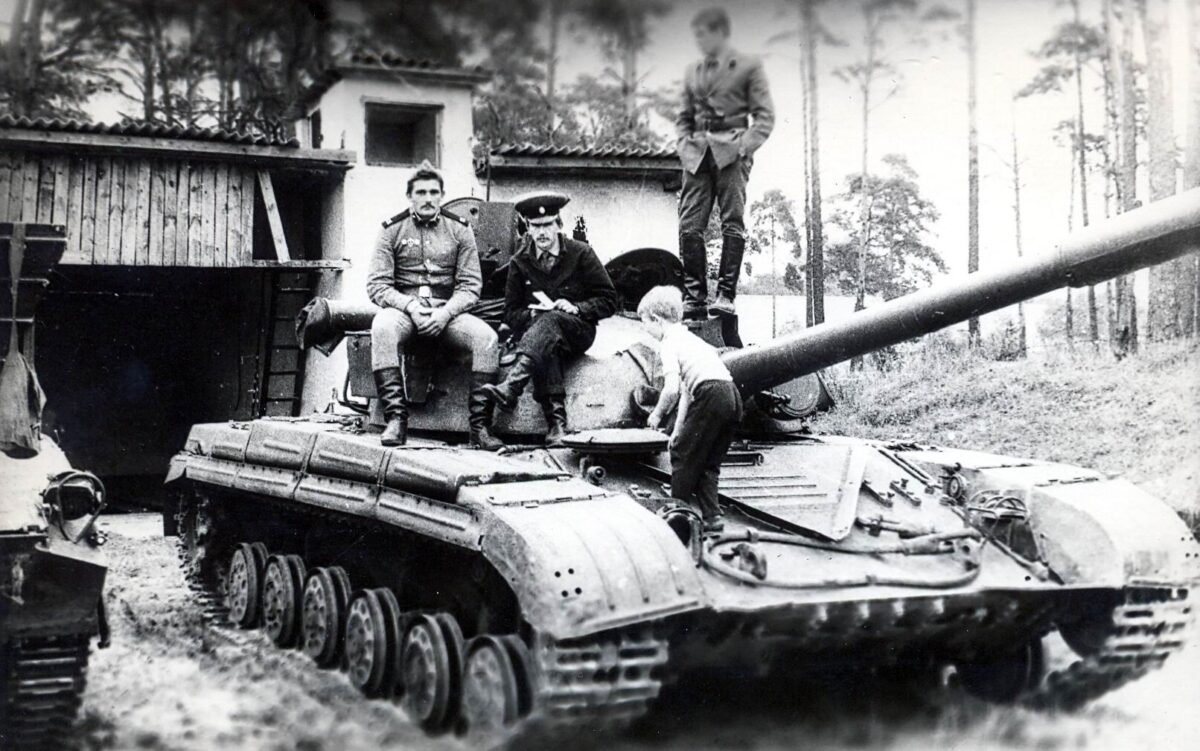 Thus the Soviet Union reserved T-64s for its own use, allocating them to forward-deployed armies in Eastern Germany and keeping them ready to roll into battle if needed against the Chieftain tanks of the British Army of the Rhine. Despite this, secrecy measures concealed the T-64’s existence from NATO until 1976.

As a result, none of the 13,000 T-64s built saw combat during the Cold War, save for a handful deployed to Afghanistan in 1980 and swiftly withdrawn due to engine troubles. However, technologies pioneered by the T-64 made their way to the more affordable T-72 designed at the Ural factory. (The T-72’s carousel autoloader was configured differently, however, as you can see here.) Furthermore, the Leningrad Kirov plant devised a newer premium tank based on the T-64: the nimble gas-turbine powered T-80.

Meanwhile in 1976, the final T-64B model entered production, incorporating the T-72’s newer 2A46M cannon and the 1A33 fire control system. This tank could shoot missiles, namely the supersonic 9K112 Kobra (AT-8 Songster), which could penetrate 600-700 millimeters of armor out to a maximum range of 2.5 miles. 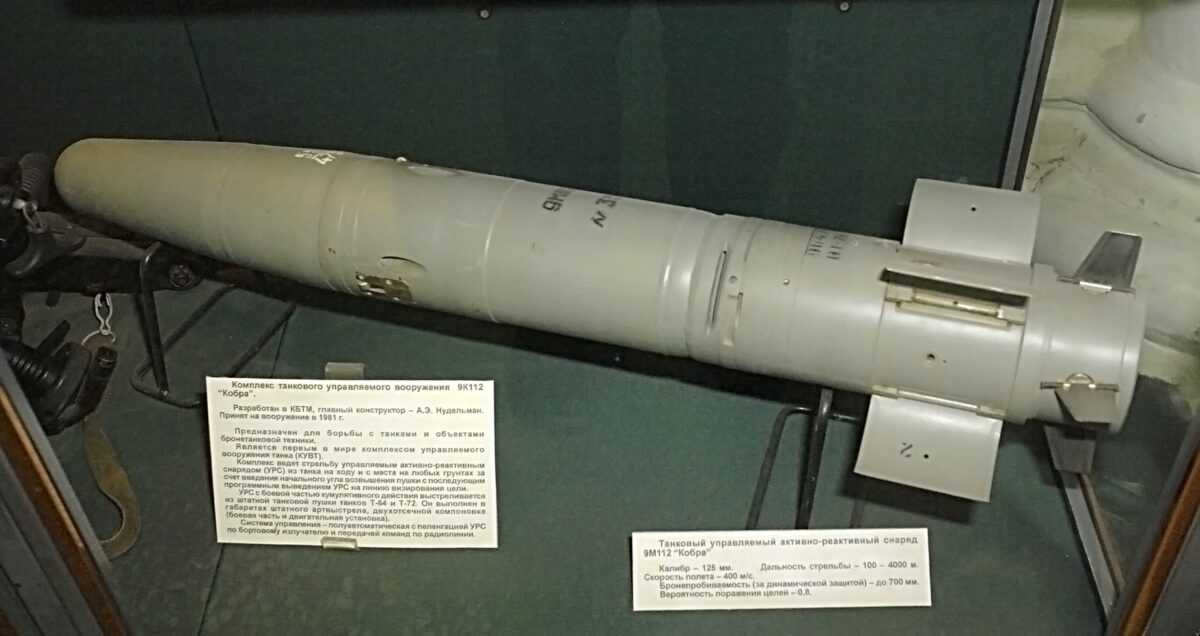 Like other Soviet tanks, the T-64’s hull was adapted for a variety of combat support roles, starting with the MT-T artillery tractor. The MT-T in turn served as the basis for the powerful 2S7 Peony and 2S19 Msta-S long-range howitzers, and the S-300V long-range air/missile defense system. All have seen extensive combat use by Russia and Ukraine.

The MT-T also spawned the BAT-2 CEV, an armored engineering vehicle equipped with a dozer blade, soil-ripping spike, and a 2-ton crane that can also transport a five-man sapper squad into battle. It also inspired the 24-ton PTS-2, a large amphibious tractor that can carry 75 troops or a light APC. In fighting in 2022, Ukrainian PTS-2s helped the defenders of Severodonetsk retreat across the Siverski Donets river in July, while Russia is using PTS-2s to resupply its imperiled bridgehead at Kherson.

At the Soviet Union’s dissolution, Ukraine held more than 2,300 T-64s in operational units. Kyiv decided to retire its T-72s and T-80s in favor of an all-T-64 fleet. Smaller numbers of T-64s were retained by Belarus, Kazakhstan, and Russia, but these have all been retired. However, Russia is thought to have 2,000 T-64s in storage, though it has given some of those to pro-Russian separatists.

The T-64 saw its baptism of fire in June 1992 during the Moldovan civil war, when Russian separatists assaulted the Bender/Tighina bridge with six T-64BVs largely denuded of their reactive armor. These tanks were obtained from Russia’ 14th Army. Two were knocked out by Moldovan Rapira 100 mm anti-tank guns, and another by a rocket-propelled grenade. But they in turn knocked out several guns and APCs and overran Moldovan defenses.

A handful of T-64s were also transferred to UNITA rebels during the Angolan civil war. Several of these were destroyed or captured.

Today, Transdniestria’s Russian separatists retain 18 to 20 T-64s, while Uzbekistan’s army still has roughly 100. Ukraine also refitted T-64B1Ms for export to Congo DRC, customized with improved air conditioners, turret ‘basket’ storage, and domestic Nozh reactive armor. In 2014 Ukraine diverted these for its own combat use in the Ukrainian National Guard’s Azov battalion, but 25 were finally delivered to Congo between 2016 and 2020.

The T-64 introduced technologies and design features that were integrated into every subsequent Soviet and Russian tank design. Had Russia never invaded Ukraine, the T-64 would have remained a technical curiosity compared to the thousands of T-54, T-62, and T-72 tanks in service across the globe.

Putin’s invasion has instead thrust the Soviet super tank into the most intensive mechanized warfare of the 21st century to date — not the blitz of Western Europe it was built for, but a defensive war of national survival.

A companion piece describes the T-64’s record battling Russian invasion in 2014-2015 and 2022, and details the post-Soviet variants developed by Ukraine, including the T-64BVM and the T-64BM ‘Bulat.’

Sébastien Roblin writes on the technical, historical and political aspects of international security and conflict for publications including The National Interest, NBC News, Forbes.com, War is Boring, and 19FortyFive, where he is Defense-in-Depth editor.  He holds a Master’s degree from Georgetown University and served with the Peace Corps in China.  You can follow his articles on Twitter.